We're putting together our unofficial Fortnite 12.60 Patch Notes! We're attempting to collect all of the changes, updates, and bug fixes from the most recent patch. Epic has been less regular about posting their patch notes, so we've gone ahead and made our own version of them! You can find information on everything that was added in the post below.

The Fortnite 12.60 Patch has been officially announced to be released on May 20th, 2020 at 2 AM ET (0600 UTC)! This is expected to be one of the final patches as we head into the next season. You can expect at least a couple hours of downtime once it has been added to the game.

These notes were sent out to Fortnite content creators:

Operation: Infiltration is the newest Spy Games playlist and will arrive after the update at 9 AM ET. Extract the Intel Case from the defending team’s turf or prevent your case from reaching the invading team’s destination.

Reminder to finish up your Challenges for this season’s Battle Pass characters. Once the season ends, you won’t be able to pick Ghost and Shadow variants for your characters. Lock in your look for Maya, too.

The Grappler and Jetpack arrive, and we've also made refinements to several existing attractions.

Controller tweaking, tuning, and investigation continues. We have some changes for next steps, but we don't want to release right before the FNCS Invitational Finals.

There will be some new available challenges for you to complete very soon. We've got a full look at these and the rewards you can earn in our Storm the Agency Challenges Guide!

If you purchased the Dragacorn Glider then you know that Epic was having trouble with the animation. It has been updated which you can view below. If you don't like the new animation, you can get a refund for it without using one of your credits.

Here is what the new Dragacorn Glider animation looks like in game: pic.twitter.com/lAVV58KUsq

A bunch of skins got new styles! Slurp Jonesy, Slurp Bandolette, Slurp Leviathan, Siren, Wolf, Bachii, and even the incredibly rare Recon Expert! The slurp skins were just reactive and didn't have a style, now you can choose to be a Blob Head if you want! 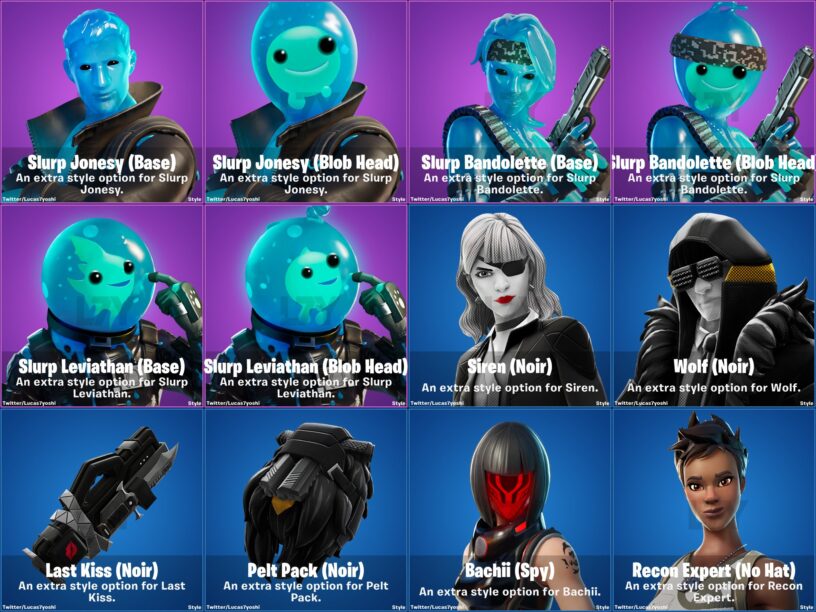 If you owned the Ravenpool or Cuddlepool skin then you will receive a new back bling for them!

Here are the bug fixes for the 12.60 patch. These were taken from the Trello that display all of the stuff that Epic is working on in terms of bugs.

The Dragacorn Glider animation should hopefully be fixed. If you weren't aware, there was some kind of issue with it and it was disabled in competitive playlists and appears as the default Glider instead. Here's the official information on it:

While we work on an animation fix, the Dragacorn Glider will temporarily appear as a default Glider in competitive playlists on PlayStation 4, Xbox One, PC, and Mac. The animation fix will apply to all platforms and modes.

After the Glider's animation changes, owners of the Glider will have the option to refund it without the use of a refund token.