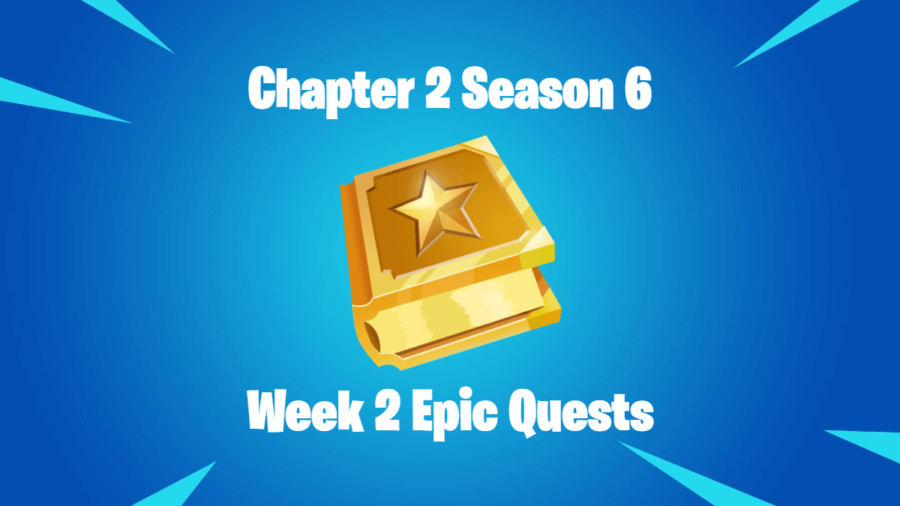 With a new week, we welcome new challenges and quests. We're now in Week 2 of Fortnite Chapter 2 Season 6, and we're excited to see how we'll earn that nice purse of XP. In this guide, we will provide the guides for those tough-to-complete quests and some general tips to make the simpler quests easier.

Epic Quests are dropped every Tuesday. They typically challenge us to explore new mechanics and features introduced to Fortnite by Epic Games. This trend was set as far back as Chapter 1 of Fortnite and has returned every Season since then in some form or another. However, what puts Chapter 2 Season 6 apart from the others is the reward for completing each challenge. Each Epic Quest (and their different stages) are awarded 24,000 XP.

Here is the cheat sheet for this week of Epic Quests! We've listed them in order of the NPC giving the task(s) and stage progression.

As we said, Fortnite drops a new set of challenges every week and you have potential to earn 277,000 XP if you complete all of them! Be sure to check our Complete Guide every week for the new challenges and guides to max out your XP.

Did you know we also cover the latest skins and cosmetics before they're released? Check out our list of the Leaked Skins & Cosmetics for Chapter 2 Season 6!