Fortnite Season 7 has arrived, and we're going to be fighting to survive in the cold winter! We have all of the Season 7 Skins listed in the guide below, as well as information on leaks, release date, and start times for your timezone.

We are getting really close to the release date for the seventh season of the Fortnite Battle Pass. The season will start on Thursday, December 6th 2018! If you are curious about the start time in your area, I've listed a couple of times it will likely being. Keep in mind that the time will vary due to how long it takes Epic to get the server stabilized.

I would generally recommend not trying to play immediately once the patch hits. There's usually some bugs and people flooding on to try everything out. It's better to wait until Epic has all the kinks worked out, and that way you can play without any lag or other issues.

For now, it looks like Epic is pretty happy with the current system in place for their Battle Pass. You have two options: Free & Paid. If you opt for the Free Battle Pass, you are looking at far less cosmetics and a lot less excitement. If you spring for the Paid option, you will be unlocking new things constantly. These include experience buffs, outfits, sprays, banners, pickaxes, gliders, toys, and a whole bunch of other things.

If you've been saving your V-Bucks you can use 950 of those to purchase the Battle Pass. This is a pretty nice system because you can save your V-Bucks from season to season and never have re-pay any real life money into the game. However, this can be pretty hard to do sometimes if you are addicted to cosmetics! If you want to just purchase the Battle Pass with cash, it is going to set you back $9.99.

If you want to knock out your challenges quickly for each week, then check out our guides! If you're looking to find the hidden battle stars and banners you can find them on our Snowfall Challenges List Guide!

Here's a list of all of the cosmetics that you can earn from Season 7!

Click on the image to learn more information and view the other styles of that particular skin if they exist.

Wraps are the new addition to Fortnite. These allow you to customize the color of your vehicles, assault rifles, shotguns, smgs, snipers, and pistols! You can pick a specific wrap for each of those types, so you don't have to only use one.

These mostly aren't actual leaks, but clues that have popped up in the game that have pointed in the direction of the winter-y theme. Keep in mind that none of this has been confirmed and could likely all be conjecture.

Another leak has hit on Reddit that displays some of the skins that are going to be part of the battle pass. You can see the cat/black panther like skin, the middle skin is likely going to be the tier 1 customizable, and we've got combat Santa Claus on the right. If you look closely to the right, you can see an eyeball that might represent Onesie, which was a skin leaked in the past! 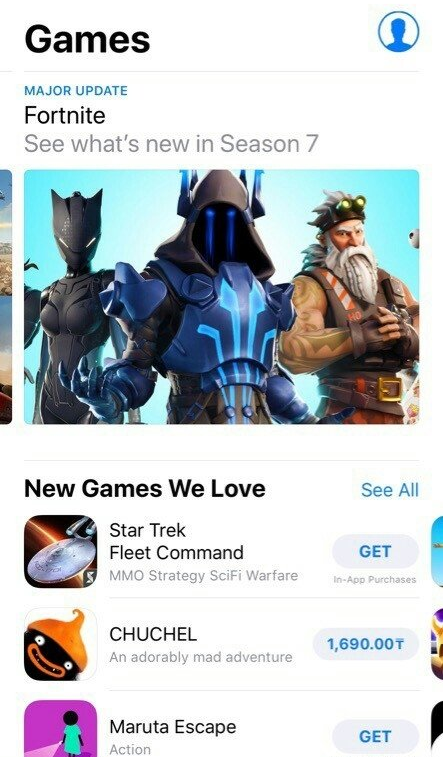 A keen eyed Redditor saw some weird cloud formation off in the distance from the Fortnite island. At first we just assumed this was kind of a storm coming, but after further analysis it has been confirmed that it is actually an iceberg. It seems pretty likely that the island might be struck by this floating ice cube and potentially create a new snow area on the map!

If you want a real good look at the iceberg, you can check out this video of someone that floated out to it using a glitch in the replay video. If you get close enough to the iceberg, you'll see the top of what could be a castle.

We'll have to wait and see how the iceberg plays out, but don't be surprised if part of it ends up melting and exposes the castle and ends up being a new named area to land at!

As is tradition with any lead up to the new Battle Pass Season, we have started to get teasers! These come with a brief bit of text and an image that usually shows off a skin and some clue to how what the season's theme will end up being.

The third and final teaser shows off a skin rappelling down a mountain with an airplane in the background?! If you've seen the leaks, then you'll know this is likely the combat Santa Claus skin being depicted in the image. The airplane was also potentially leaked, but was mostly thought that it would be a STW vehicle.

With the second teaser of Fortnite Season 7 being unveiled, it looks like we're likely going to be able to snowboard or ski our way around some frosty terrain! The skin featured in the teaser looks very catlike, so don't be surprised to see some kind of superhero-esque cat skin!

The first teaser is obviously going to tell us a lot about what the actual theme is going to be. It pretty much confirms it's going to be a winter/frost season, with some kind of frost-y skin that is going to be available. The early teasers usually unveil the first skin we'll end up getting, and then the final skin we'll get. These skins are usually ones you can level up and customize to your hearts content. The one features in the first teaser strikes me as a final tier skin, but it remains to be seen. You can also see on the right that there's a person skiing, I take this as a sign that we're likely either going to see new ski themed skin, or the return to the ones we've had in the past.

It was long speculated and has been pretty much confirmed with the teaser that there's going to be some kind of winter theme coming. What does this mean for the game?! Well, a lot of map changes at least in the way it looks. A winter wonderland will likely be spread across Fortnite. You can also expect a return of Christmas trees to the game, which were a fixture of last years winter celebration. These trees popped up all over the map and instead of presents there was treasure chests around them. You can imagine that these were popular spots to land, so be ready to fight if these end up in the game again.

How to Watch Replays in Fortnite

It’s Tip-Off for Part 2 of the Fortnite NBA Crossover: Here is What We Know

Where to Build and Destroy Special Sandcastles in Fortnite

How to Watch the Fortnite Season 6 FNCS Finals

How to Get the Deathstroke Skin Early in Fortnite