Our Fortnite Season 8 Secret Battle Stars Locations Guide features an up-to-date list of every week available to find those hidden stars and banners! This guide will feature leaked loading screens when they are available so you'll know where you need to head well before we get to that particular week! You'll want to bookmark this page so you know exactly where each star and banner is located.

What's up with these secret battle stars? Well, it all started in season 4 where you could unlock a loading screen whenever you completed all of that week's challenges. Some eagle eyed player noticed the outline of a battle star in one of the loading screens. They went to the location and low and behold there was a star that they could collect!

Season 8 is in the books! Check out our guide to the battle stars in Season 9 right here.

Once you collect one of the hidden battle stars you are given 10 stars towards your battle pass. This is helpful for leveling it up quickly and unlocking all of those sweet cosmetics you paid to get.

Why is there sometimes a hidden banner?

Every other week there will be a hidden banner. I'm not exactly sure why they added this, but it gives people a small extra cosmetic that they can collect. I personally am more interested in the battle stars, but at least it's a little something free that you might enjoy.

Every new season brings in a new mystery skin! We've seen skins of all types end up as the hidden cosmetic, such as the robotic A.I.M., hooded Enforcer, mysterious Visitor, and the powerful Prisoner! This season's skin is Ruin, and will be earned by completing 55 challenges during the season.

Check out our big post with guides to every challenge week of Season 8: Fortnite Season 8 Guide!

Like most seasons we start off with a loading screen featuring one of the new skins! This time we're greeted by Blackheart and his crew of Fishsticks. They are on their way to find some booty, but you will be on your way to the Lazy Lagoon where you can see the hidden battle star hovering above a roof. 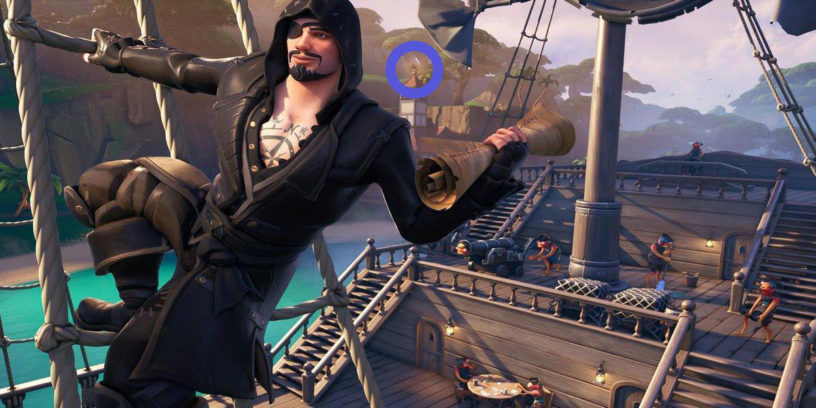 The exact location is found on the map below. Head on over to the Lazy Lagoon and to the buildings on the east side of it to find the star! 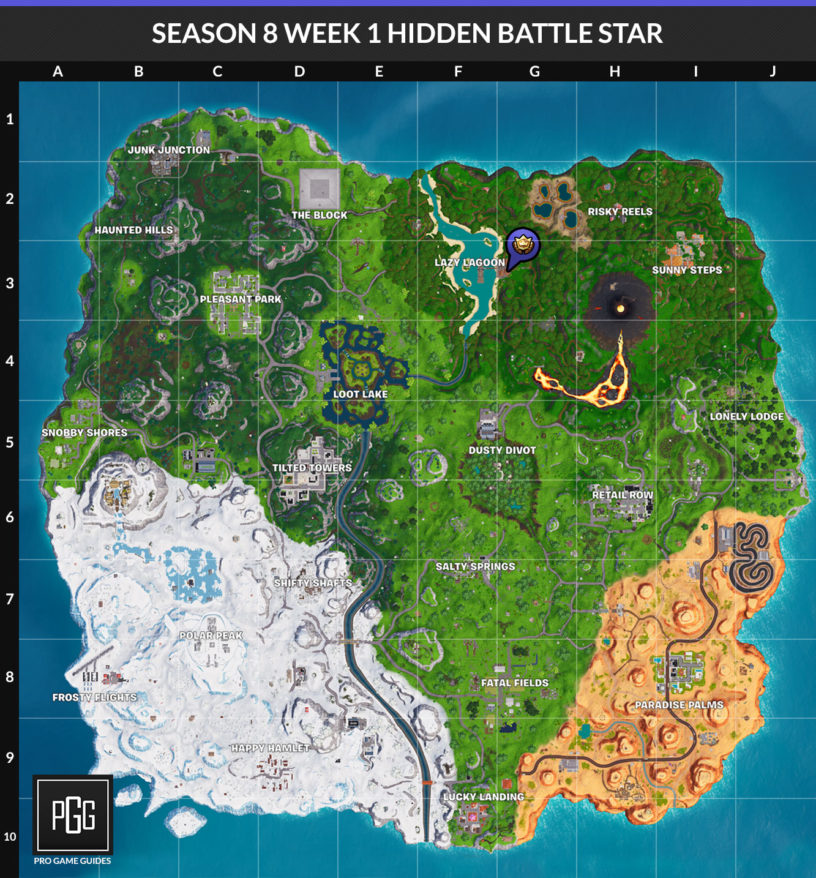 The second week features a loading screen with The Prisoner near his molten throne! It appears he is unleashing the Hybrid skins onto the world, so be careful out there. You'll notice the icon of the hidden banner on the left side of the loading screen. 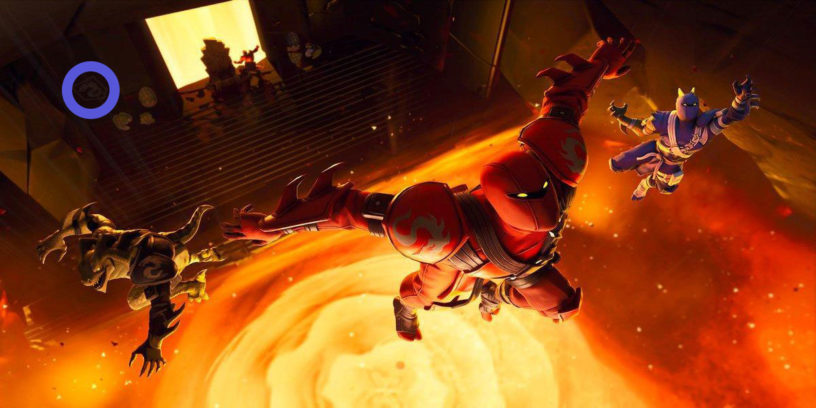 You will need to make your way inside of the volcano and right near the throne of The Prisoner. You can find the exact location on this map: 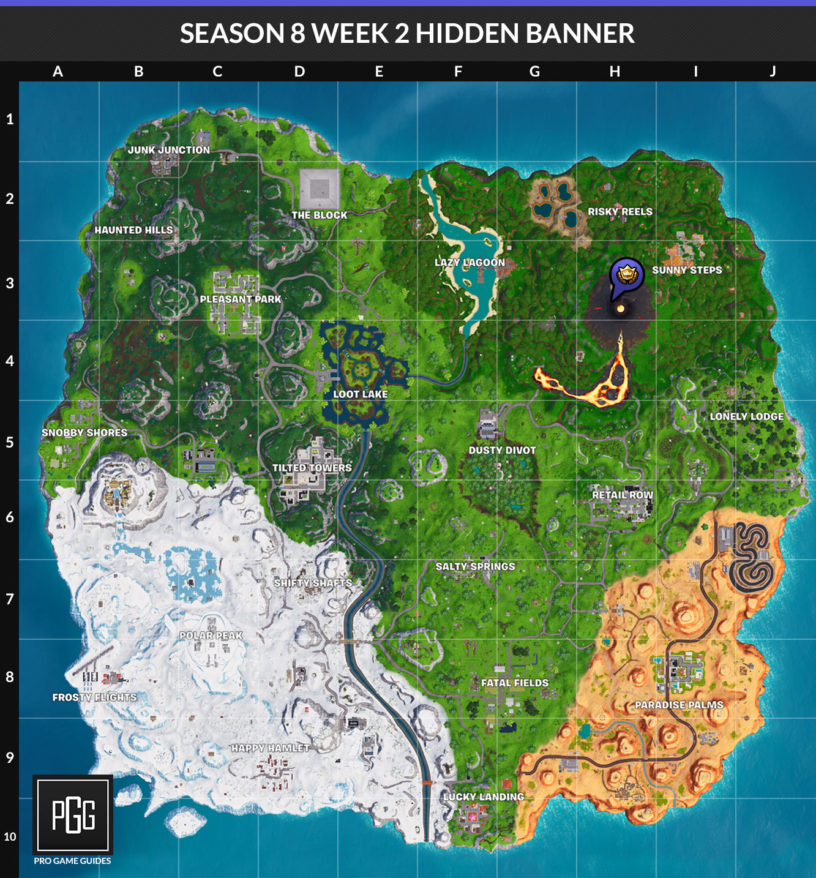 The third week features Sidewinder running away with some stolen treasure! To her left features the hint to the location of the battle star. 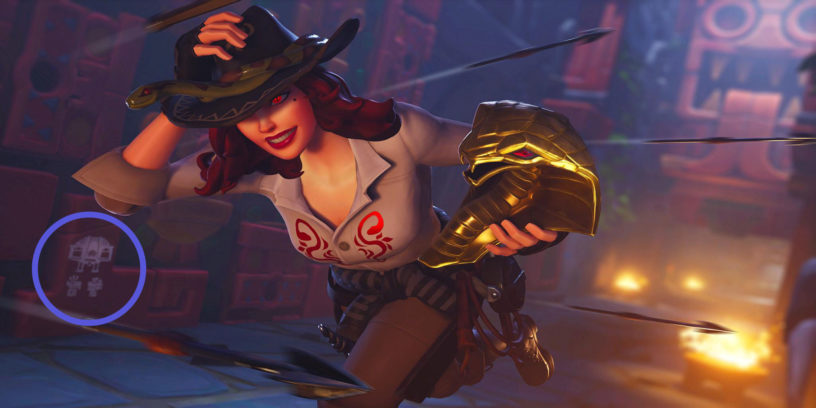 This location is south east of the big volcano and on the side of a hill. If you need more direction, I've included a video below the map! 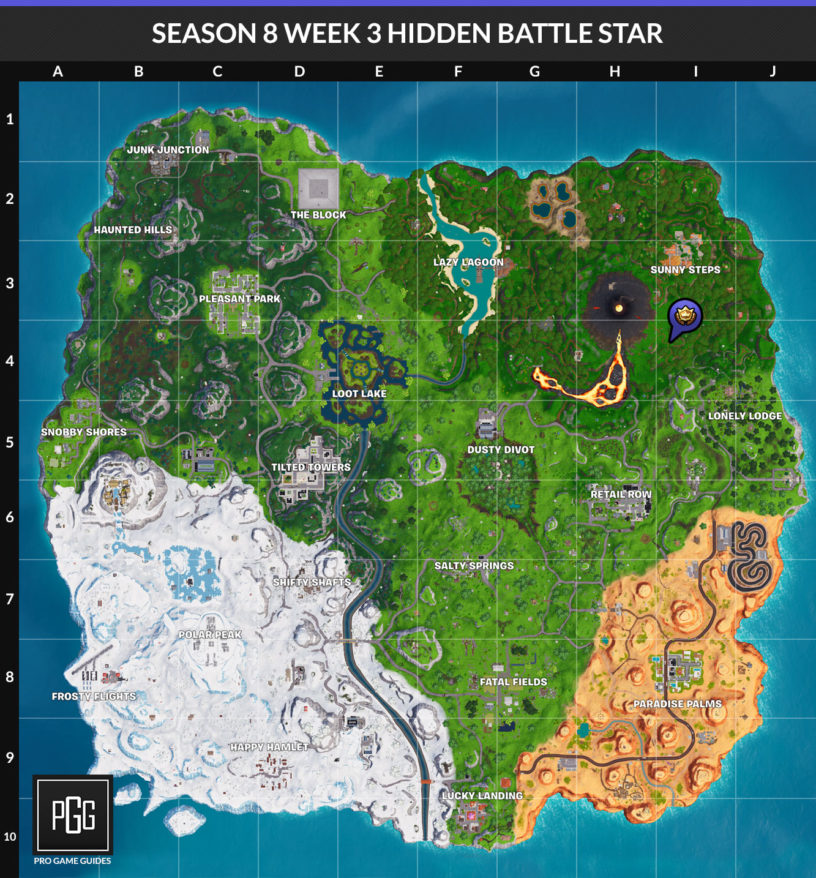 Here's a video showing the exact location if you are still having trouble finding it:

Once you've completed all the week 4 challenges you will be given this Peely skin loading screen! While this looks like a fun time for the king of the bananas, it's actually pretty likely they are preparing to heave the king into the volcano! Anyway, if you are looking for the hidden banner you can see it to the right of the throne on the lantern pedestal. 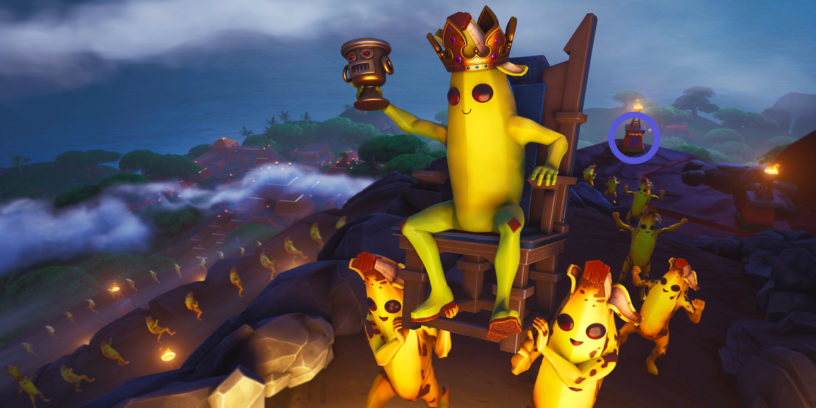 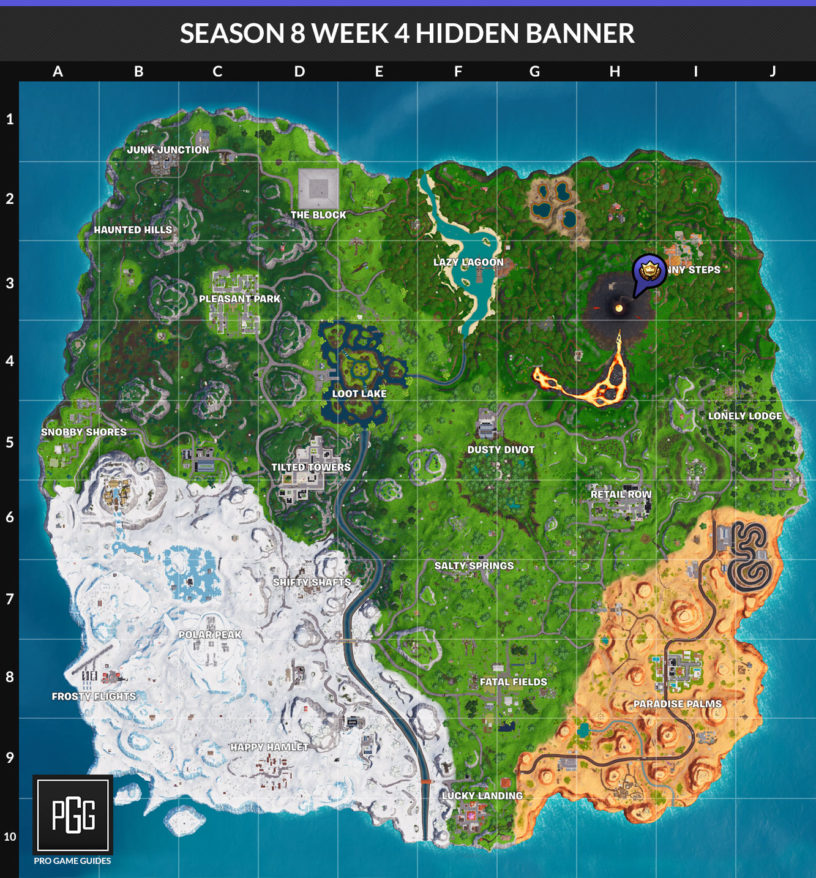 Once you finish up your week 5 challenges, you'll get this new loading screen with the Ember skin and her likely upcoming bow weapon. You can barely see the outline of the battle star just over the left lava waterfall. 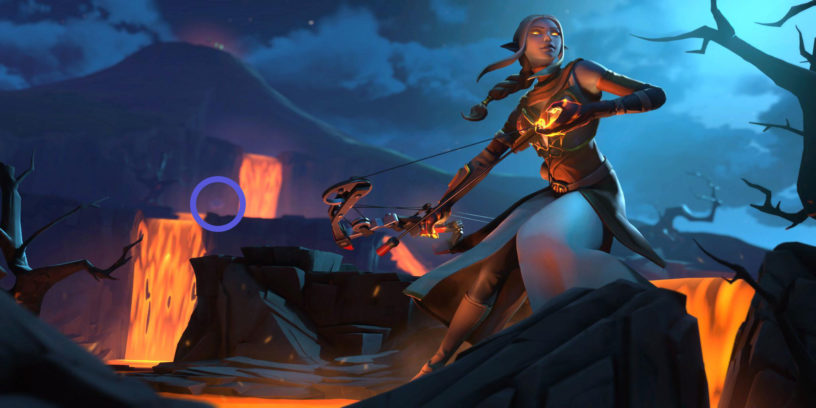 Here's a map that should take you to the right location, just don't accidentally fall into the lava. 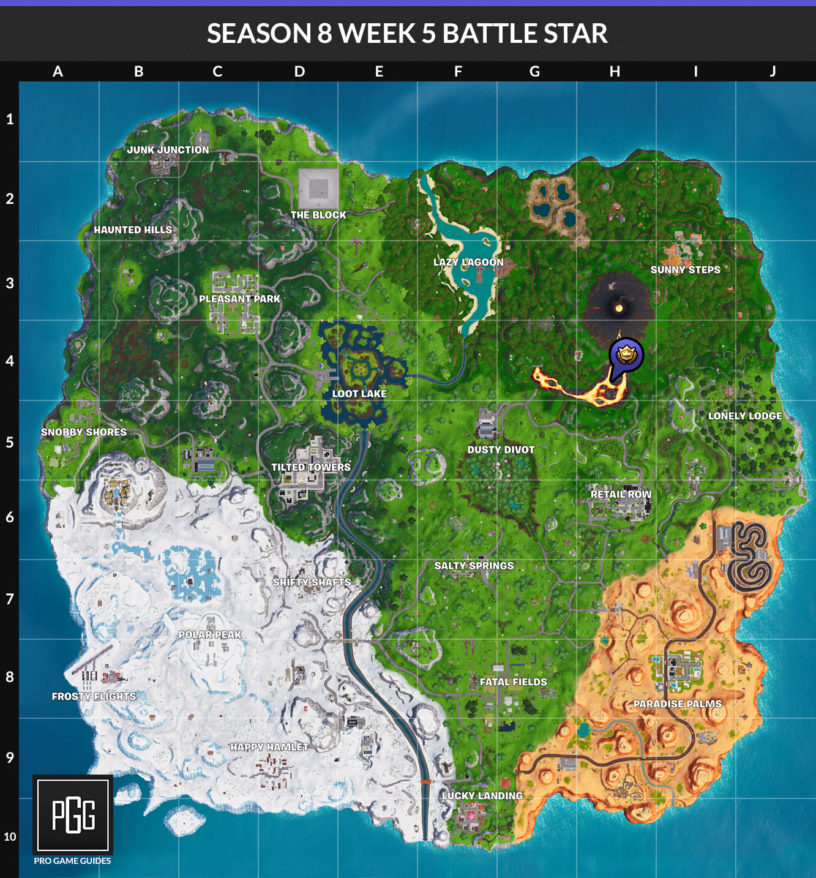 After completing all of your week 6 challenges, you'll get this new loading screen with the Master Key skin attempting to steal some keys or prevent one from being stolen. If you look closely at the key, you will find some coordinates that should lead you to the hidden banner. 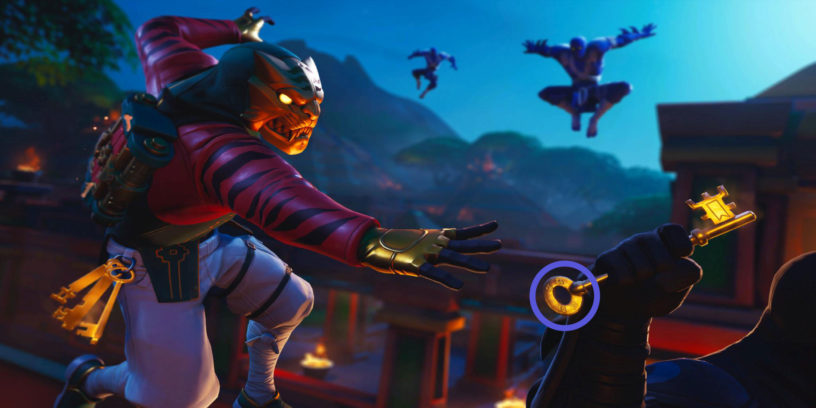 If you are having trouble reading the key, it shows the coordinates: E2, E3, F2, F3. Which will bring you to the following location on the map: 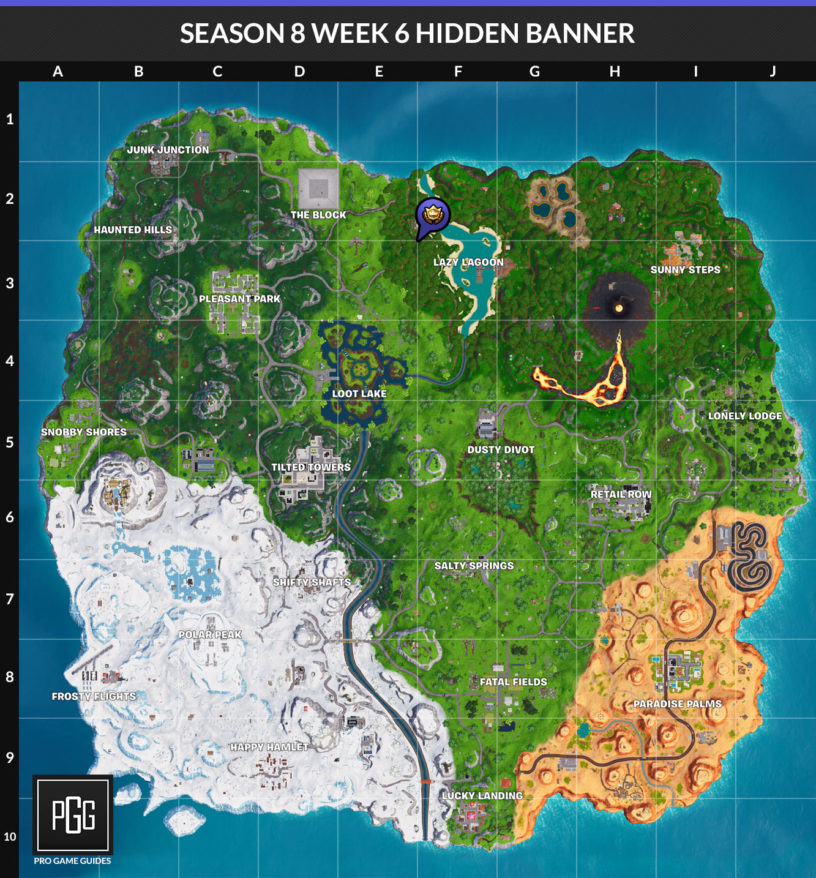 Once you complete all of the week 7 challenges you'll get this awesome loading screen with Luxe heading into a hidden treasure trove! The clue is clearly at the top left of the image, and it isn't obvious what it is at first. If you flip it around, however, you'll notice that it looks like a rabbit with a battle star hanging above it! 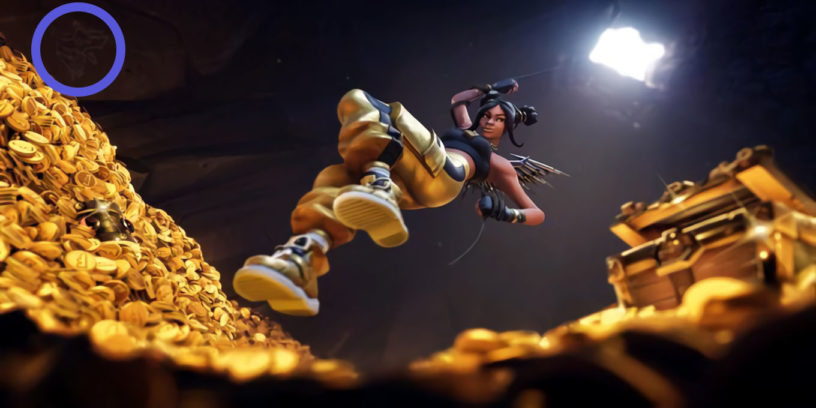 To find the rabbit, you must head to the very west side of the map, and you'll find the star over its back! 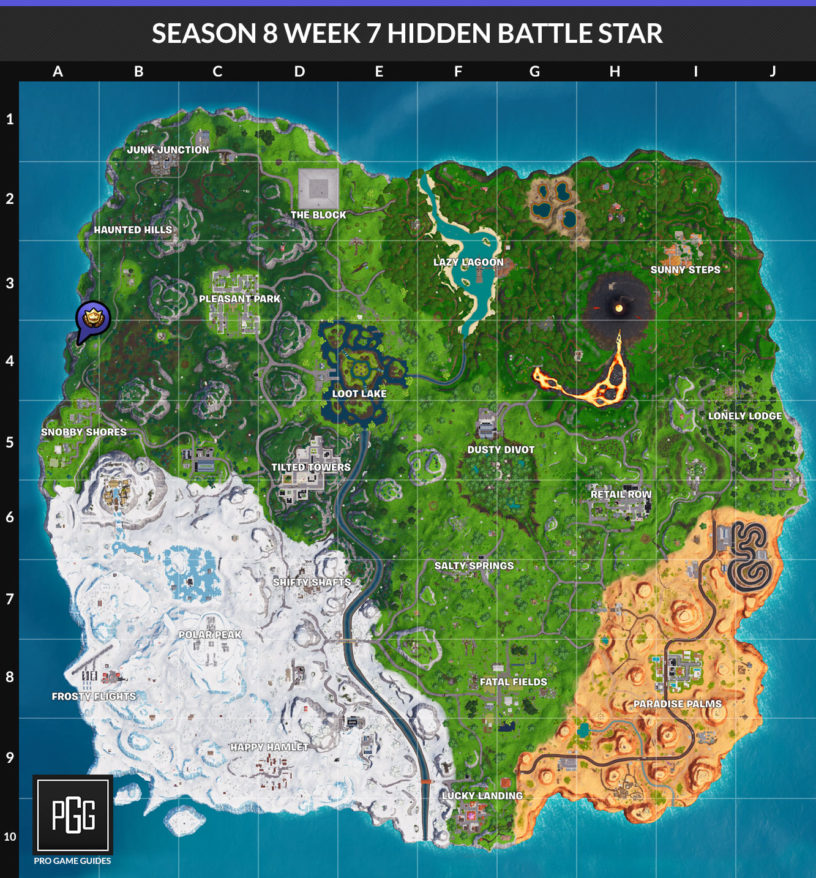 Once you complete all of the week 8 challenges you'll get this evil looking loading screen introducing the Ruin character to the game! You'll notice some letters and numbers in the flames behind him. These are coordinate, and they will take you to the hidden item! 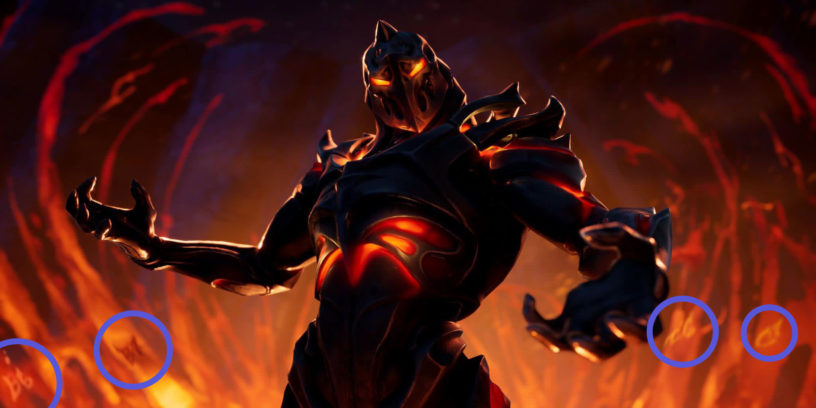 For the exact location, check out the map below! You'll be heading to the frozen lake north of Polar Peak to find the item. 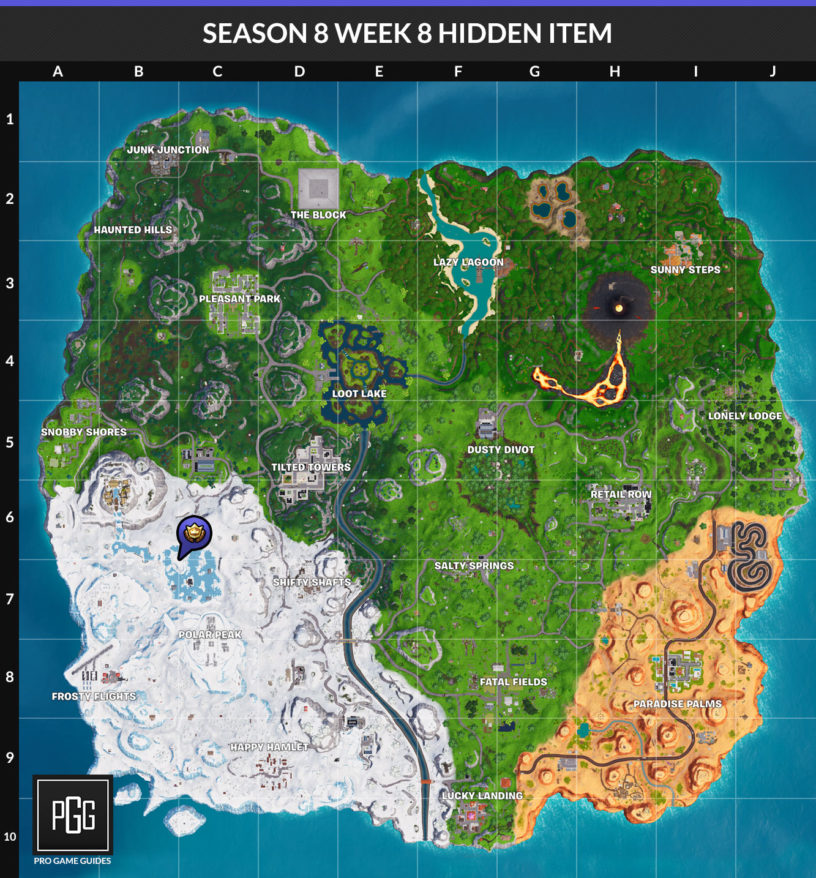 Once you complete all of the week 9 challenges you'll get this awesome new loading screen of Peely potentially becoming a roasted banana as they attempt to grab some loot! Hopefully, Jonesy will be able to save them from certain doom. Anyway, if you look on the wall back there you'll see the drawing of a Viking ship with a battle star over it. 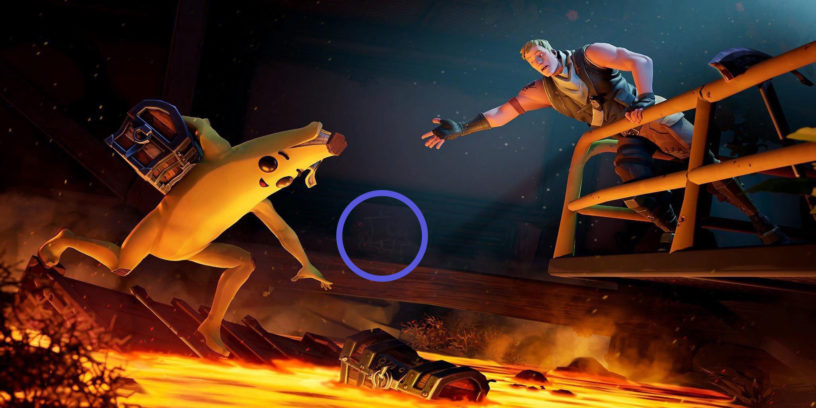 For the exact location, check out the map below! Head over to the Viking Village and above the ship near the llama head should be the hidden battle star for the week! 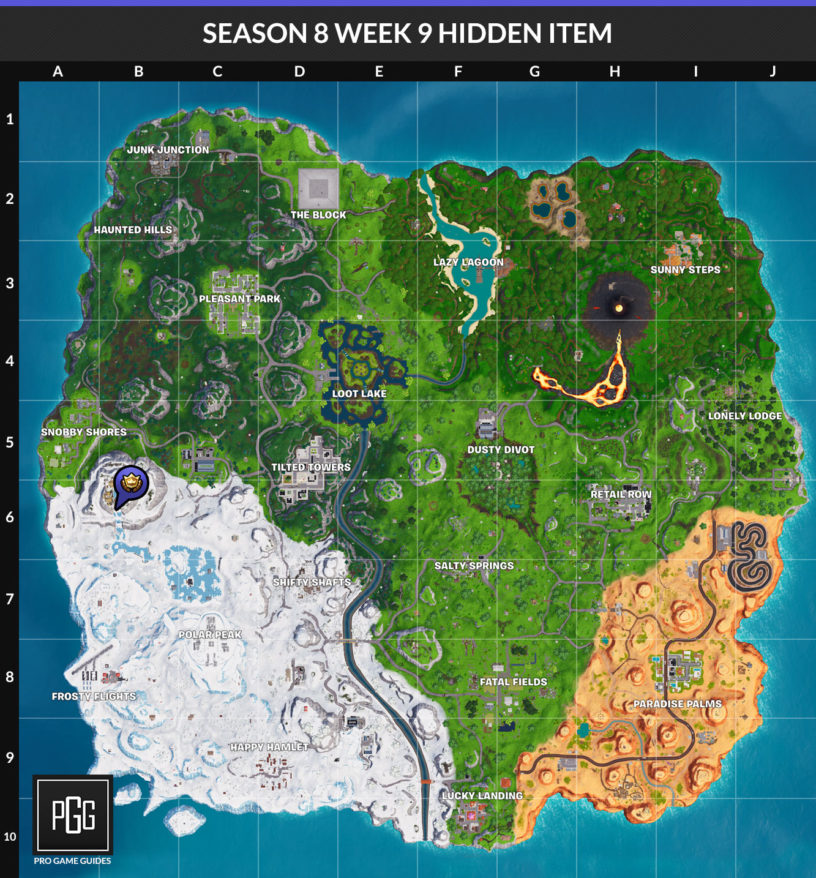 Once you complete week 10 of the battle pass, you will receive the following loading screen that features a bunch of the skins from the season looking at the crazy thing that is being uncovered under Loot Lake! If you look over the open truck on the left, you will see the hidden banner icon hovering above it. 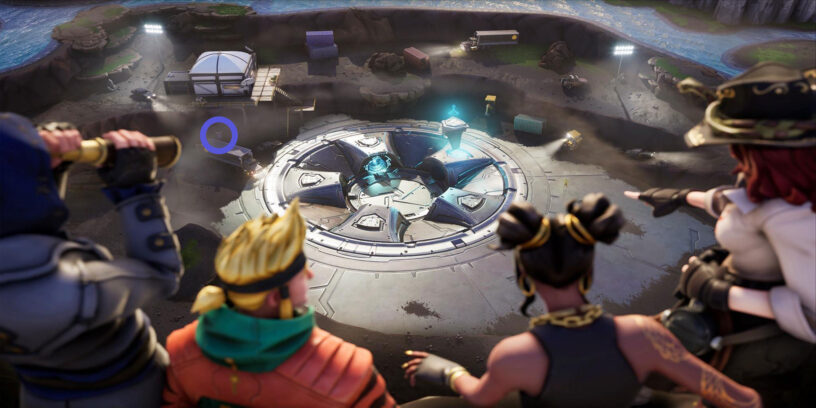 You will find this exact location in Loot Lake at the location below! 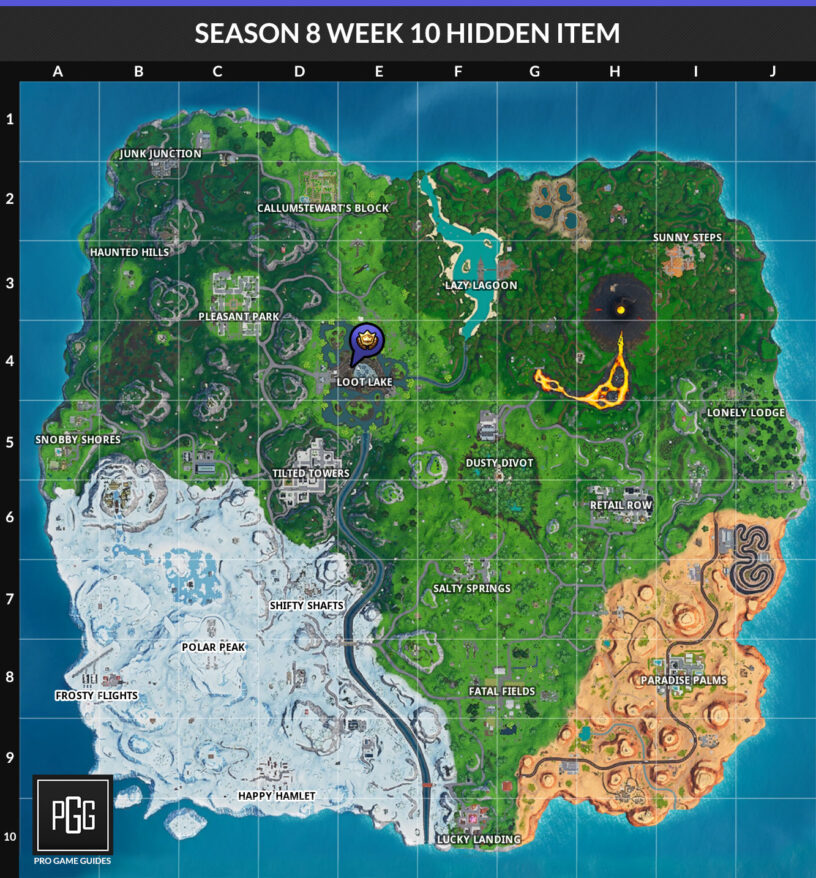 For more help, check out this YouTube video of the exact location:

She-Hulk will likely be part of the Fortnite Chapter 2 Season 4 Battle Pass!