We're taking a look at all of the currently known information for Season 8 of Fortnite! There are tons of new items, cosmetics, map changes, and a brand new theme that will leads us into the months ahead. We'll be adding challenge guides for each week of the battle pass until the final challenges are revealed!

Season 8 has been released! We've got pirates, volcanoes, canons, and a banana... The map has changed quite a bit and we've now got a big volcano where Tomato Temple used to be. We have new points of interest with Sunny Steps largely replacing Wailing Woods, and Lazy Lagoon replacing Lazy Links.

You can check out all of the Season 8 cosmetics on our Fortnite Season 8 Skins List! 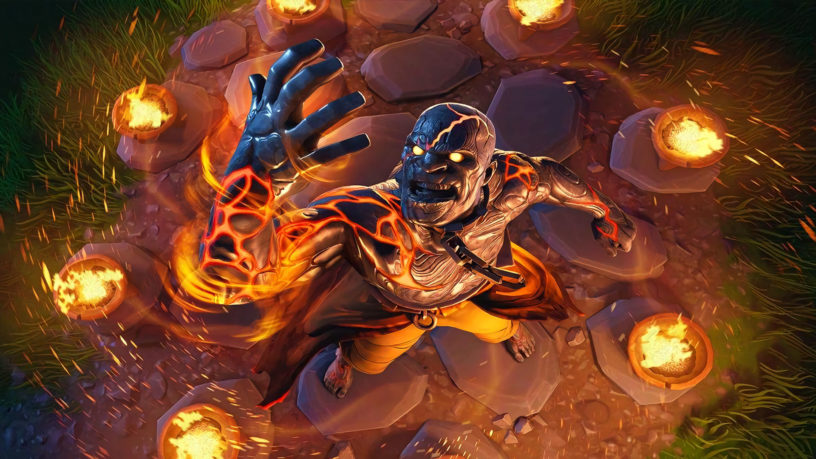 If you want to know what challenges are going on each week and how to solve them then check out our guides:

If you're looking for a list of the hidden items after you complete a week of challenges then check out our Fortnite Season 8 Secret Battle Stars Guide!

When Does Fortnite Season 8 Start?

Season 8 will start on February 28th, 2019. This is when we are expecting the release, but it's possible that delays could happen so the date could be pushed back a bit. If you're curious what time the battle pass will go live, here's a look at the general times that patches go live:

What Does the Fortnite Season 8 Battle Pass Cost?

If you plan on grabbing that Season 8 Battle Pass then for sure make sure to do this Overtime Challenges!!! You don't need to have the Season 7 Battle Pass to complete them, and they really aren't that hard to do.

A bunch of new stuff has been changed, and things have been altered. Let's take a look at it all below!

Lava & Volcanic Vents have been added as parts of the map. The Lava is not so great for you, so you'll want to avoid it because it deals damage each time you touch it. The Volcanic Vents are very good, however, and they boost you up into the sky making it convenient for travel! Party Assist is a new feature that can be used to help you complete challenges you might be struggling with.

The Pirate Cannon is a new addition to the game. It's kind of like a vehicle, it can be found on the map and can be moved around if you engage it from the rear. You can enter the cannon and fire yourself out of it. Your teammates can also enter the cannon and fire you out of it if they desire. You will break through objects when you've been shot, and if you directly hit an enemy it will deal 100 damage and enemies in the area will take 50 damage.

What Teasers Have Been Released for Season 8?

Epic leads into each of the new season with teasers that display parts of the upcoming skins and give clues to what we'll be seeing. Here's a list of those teasers: 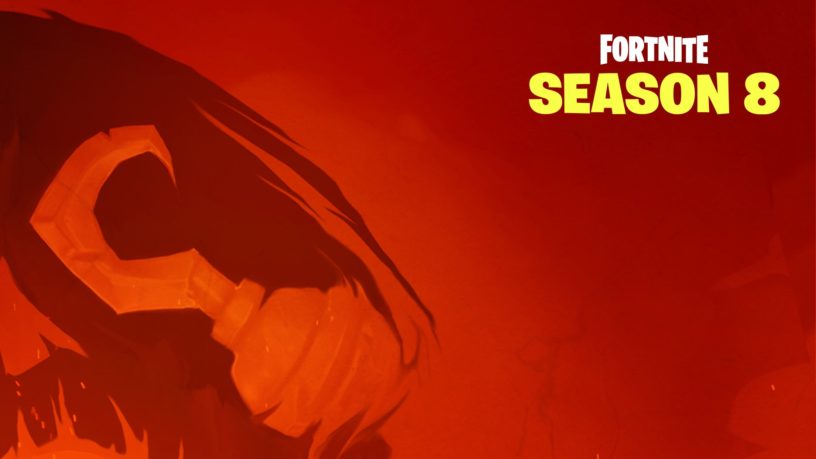 The first teaser is what looks to be some red hot flames with the silhouette of a traditional looking pirate's hook. There's been some speculation that the season will revolve around fire vs. water with the release of the Deep Sea Destroyer and the Deep Sea Dominator skins.

'X' Marks The Spot Treasure abound Loot that has been lost Can always be found. 4 days to Season 8. - Source 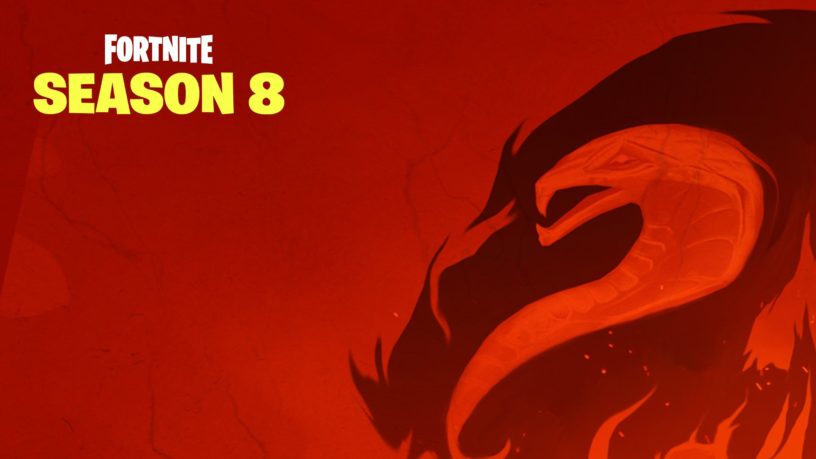 The second teaser shows more fire and flames and a creepy snake that looks like a cobra. Here's the description text:

Sssomething shimmers Within the cave... But beware of those Who arrive on waves. 3 days to Season 8. - Source 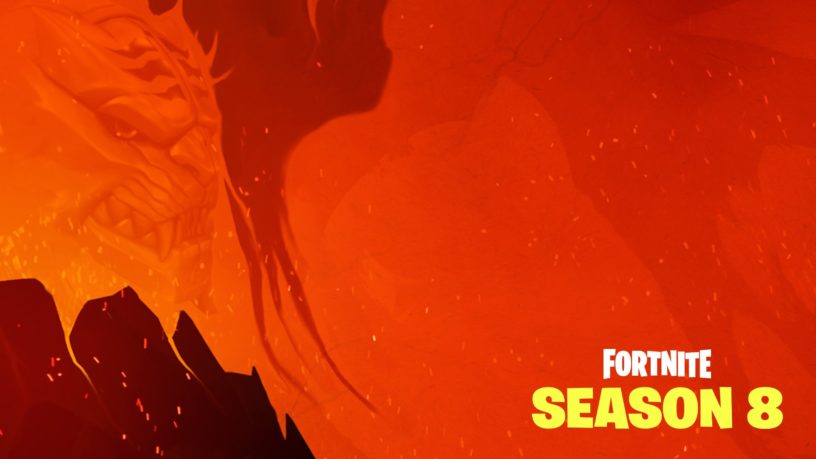 The third teaser looks like a tiger/cat sort of thing. Here's what was included with the post:

Awaken beasts Of fire and ash Battle it out And loot the stash. 2 days to Season 8. - Source 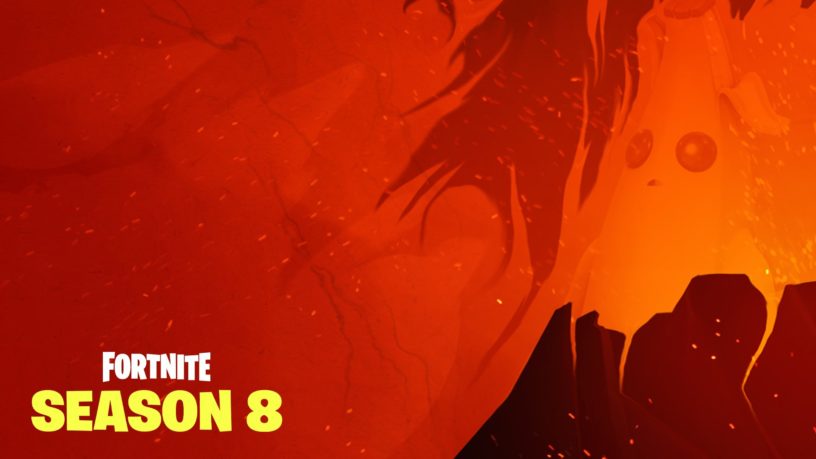 The final teaser has been revealed and shows off the potential of a banana skin?!

If you put these teaser images together it appears that they end up making a skull. This could be the infamous skull and crossbones that represents pirates. It also appears that there's a volcano, so be on the look out for some explosive event to happen soon! 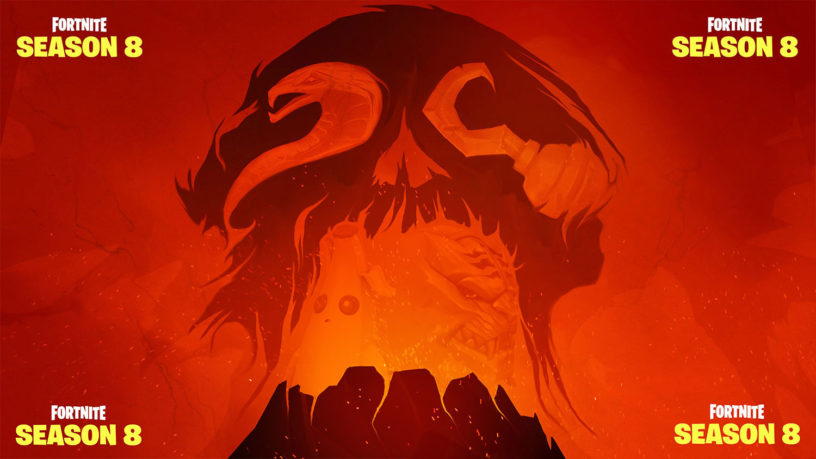 What is Fortnite Season 8's Theme?

While the theme isn't earthquakes, there's a ton of shaking going around on the map right now. This seems to be caused by The Prisoner skin casting some spell on the map and creating the unstable terrain that we've been seeing in the last couple of weeks.

The earthquakes are spanning all throughout the northern and eastern parts of the map. I wouldn't be surprised to see big changes at Lazy Links, The Block, Tomato Temple, Lonely Lodge, and Wailing Woods. Here's a look at one of the cracks at Lazy Links, credit to iScenario on Twitter.

If you are curious when these earthquakes are going to happen and when the cracks will appear then check out this list of times that display all of the upcoming event items. Credit to ScrapMechanicKid on Reddit.

There's some other stuff of interest as well and this pertains to dragons! Dragon eggs were found in The Ice King's castle, but after the patch that unleashed The Prisoner onto the scene it appeared that they were missing. What does this mean? Well, it's hard to say, but don't be surprised to see some kind of Dragon make an impact on the map or game in the future. Credit to RunDavid on Reddit for the image.

You can even see the shape of a Dragon on the inside of the egg! These are no longer in place anymore, so we'll see what ends up happening with them.

Update: Based on the teasers, it's possible these were snake eggs. The shapes of the babies inside the eggs look a lot like the snake that was shown in the teasers.