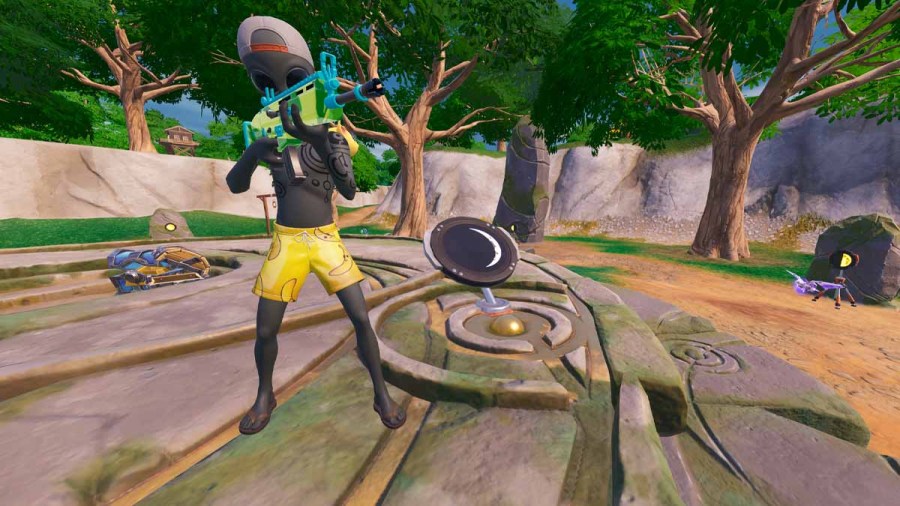 Once players have finished contacting Rift Warden Stellan, the next stage of the Fortnite Oathbound quests has them planting star sensors and then aligning them. Although it's a simple task on the surface, this can be an exhausting stage of the quest for players who don't know what to do.

How to correctly align the star sensors in Fortnite

Unlike many of the in-game quests, this one isn't as straightforward, and players will have to instead pay attention to the cosmic monitor in the center. This object tells the player what sensor to damage in what order.

For example, if the monitor is showing a full moon figure, players will have to look at the five sensors until they find the one with a full moon. Shooting or hitting it with the pickaxe will complete the task and continue until all five are aligned. Just keep repeating this step, and the quest will complete.

This stage is particularly difficult as many players will also be looking to accomplish the same task, and all five of the sensors have to be aligned in the same match. It can be frustrating to complete all of this at once, so rotating in with a decent loadout in the middle of a match could be an option players consider.

Where to find the sensors to damage in Fortnite

Before players can damage the sensors, they first have to place them. This can be done just a bit north of Faulty Splits near the center of the map.

Players have to put down the five sensors and the cosmic monitor before moving on. The game will mark where each object goes, so it's simply a matter of getting to the location and placing them before being eliminated by somebody else trying to do the same thing.