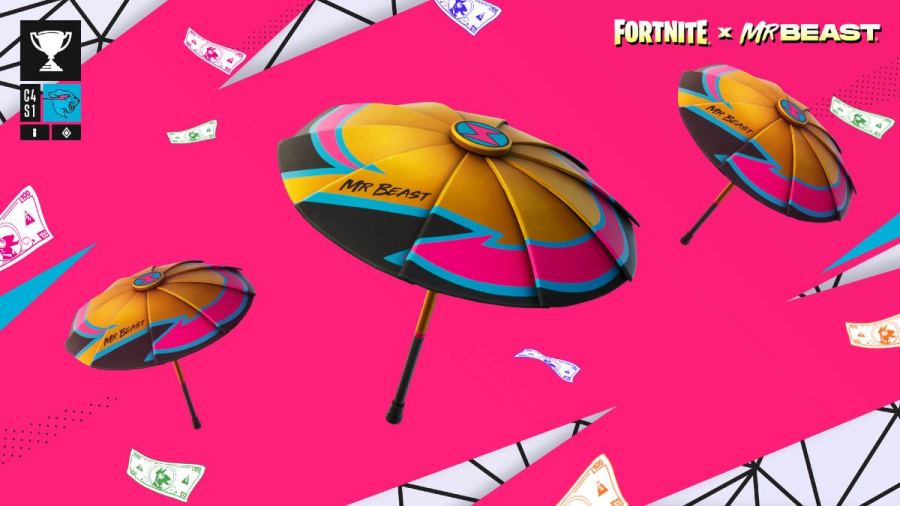 To get the Beast Brella Umbrella, you must rank in the top 100,000 players in the Mr. Beast's Survival Challenge. The map released on December 13, 2022, and the official challenge will start on December 17, 2022, from 12pm ET to 3pm ET. Mr. Beast's Survival Challenge takes place on a creative map where players will compete to collect coins, survive challenges, and avoid hazards to score the most points.

Related: How to infinite sprint in Fortnite

The winner will receive a million-dollar prize, and the top 100,000 players will earn the Beast Brella Umbrella. The umbrella cosmetic is gold with the signature blue and pink Mr. Beast design. While most umbrella cosmetics are earned by winning battle royale games, players can win the umbrella on the Mr. Beast Survival Challenge map.

How to play the Mr. Beast Survival Challenge in Fortnite

To play the Mr. Beast Survival Challenge, go to the Fortnite Competitive Tab or enter the island code: 7990-6907-8565 after the map releases. You can practice on it up until December 17, then you can enter the Survival Challenge by playing the map during the time it is available.

How to get the Beast Brella Umbrella in Fortnite