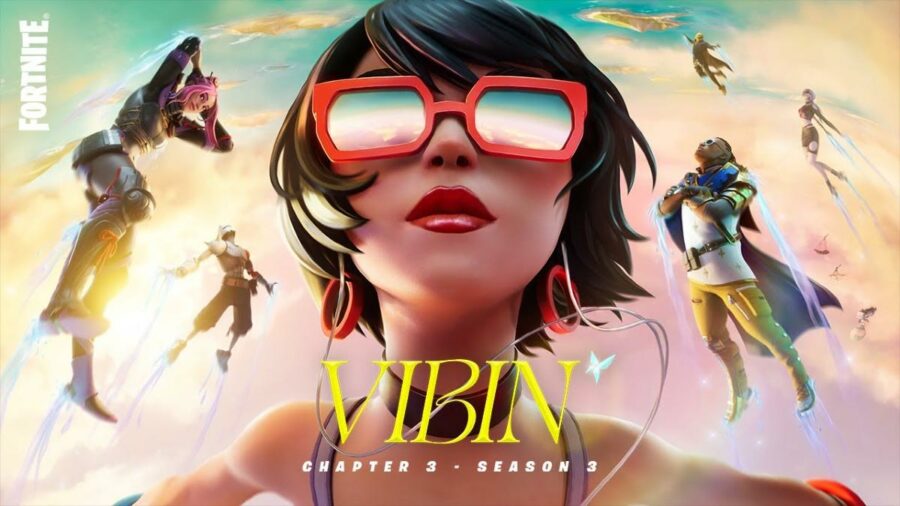 Fortnite's seasonal model keeps the game fresh and exciting for both new and returning players. That said, it can be hard to keep track of when each season was and when the new one is set to drop. Starting from the beginning, we've listed every Fortnite season and provided some input on what it was about!

For quick reference, you can use the chart below to see the beginning and end dates of all past seasons. Read below if you'd like additional details for all the Seasons!

Season One brings us back to when Battle Royale games were just becoming known. Fortnite's main competition back in those days was PUBG. With much simpler graphics and fewer weapons and skins to choose from, Chapter One Season One of Fortnite is almost unrecognizable when compared to the current market-dominating game it is today. That is, of course, except for the signature default character.

Season Two was when Fortnite deployed some genius marketing: The Battle Pass. Want some of those fancy skins and neat cosmetic features? Now you don't have to pay for them directly! Just put in $10 and fight, search, and possibly hide your way to a higher level. This was also the first season when we saw the classic Chapter One location, Tilted Towers.

Season Three brought in challenges and officially awakened the completionist in all of its players. Most of us would be familiar with this thought:

Go to bed? Maybe in a minute, I just want to get this achievement first.

Next thing you know, three hours have gone by, and you're pre-emptively debating calling into work the next day.

Season Three had some themed elements, but Season Four was when themes really began to dominate the Fortnite updates. It focused a lot on Superheroes and Superhero movies. Many of the POIs (points of interest) were changed to mimic movie-making settings.

Season Five introduced the World's Collide theme. Rifts began to open, which allowed players to quickly transport across the map. This season also introduced Toys into Battle Royale, which could be equipped, thrown, or otherwise used when battling against other players. This brought to light how versatile this game truly was.

The most bittersweet season of Chapter One, Season Six, destroyed Loot Lake, a popular drop point, for the sake of the admittedly amazing Darkness Rises theme, which added on to the Worlds Collide storyline. It also gave us Pets and Music, which was quite honestly a selling point for the game. Bring them back, Epic!

Season Seven was the first winter-themed season. It brought a lot of younger kids joy when it presented Creative Mode. In Creative, you were able to design your own levels and game modes instead of always diving into battle. This made the user-created content on the Fortnite marketplace explode in popularity!

Season Eight gave us riddles, treasure, and a sense of adventure. Group raids of the pirate campsites became popular, and it meant another enemy to think about besides other players. Those riddles also gave us all something to think about if we wanted to unlock those sweet, sweet rewards.

The classic Fortnite blue/purple/pink shades really started to show in Season Nine, which was themed in a sort of cyber-punk future setting. Thankfully, the sensory overload was dulled down a bit in future seasons.

Season X was the last season of Chapter 1. With the theme titled "Out of Time," they planned from the beginning of the season to completely revamp the game in Fortnite Chapter 2. A lot of players were left concerned when everything got sucked into a black hole at the end of the chapter, as we didn't hear any news for several days. There were conspiracies and speculations, galore.

Boats, Bandage Bazookas, and only Basic Weapons are three things we remember most about Chapter Two Season One. Fortnite had new achievements, added more Battle Pass mechanics and rewards, and made getting across water in the game way more fun. It finally felt like the game it was meant to be.

This season brought about Muscle-Cat and gave us options for the rewards we earned. The Shadow and Ghost groups gave us light and dark-themed versions of characters, item skins, and weapons skins. We also got to obtain the dance that is funny no matter which character is doing it: The Kitty Cat Dance.

A huge portion of the map was flooded in Chapter Two Season Three. It receded over the course of the season, but it made boats an absolute necessity in the meantime. Season Two was technically the first season to introduce styling in-game content (does anyone even use Maya anymore?), but Season Three let us style our umbrella!

Marvel took over Fortnite in Chapter Two Season Four. Certain special items that mimicked our favorite superhero powers were made available, and several significant chunks of the map were replaced with Marvel-related areas. Upstate New York became the hottest drop point, where players would battle Iron Man himself. At the end of the season, Fortnite did something it never did before and had its players fly the BattleBus to defeat Galactus!

Season 5 gave us bounties, bounty hunters, and baby Yoda. The story revolved around Agent Jonesy recruiting said bounty hunters, who appear in-game as NPCs you can interact with. They provide quests and items and were the only way to upgrade your weapons. Once you reached level 100 in the Battle Pass, you got everyone's favorite Mandalorian character, that aptly nicknamed Baby Yoda, as a companion!

Season 6 of Chapter 2 brought a massive amount of fresh content and new mechanics for us to explore. The tagline for this Season was Primal, and holy smokes, was it ever. Much of the map was changed to mirror a historic fantasy architecture. We were introduced to crafting, which allows us to alter and upgrade our weapons if we collect the right resources.

Chapter 2 Season 7 didn't forget the storyline, but it did put it in the background. We saw The Foundation fall into the water at the end of this Seasons story trailer, so we fully expected him to be back. In the meantime, this chapter brought Aliens to Fortnite island! The IO Guards were back and stronger than ever, and it seemed we were on the brink of all-out war, with the fate of the entire island at risk.

In the trailer for Chapter 2 Season 8, we saw a menacing preview of what was to come over the next couple of months. It appeared there were many different Kevins (the Cubes), all with a mind of their own and the ability to spawn Cube Monsters to protect them. Not featured in the trailer are the Sideways Anomalies that populated the map in every match, where players entered an alternate reality and fought off hordes of the Cube Monsters.

Spider-Man finally came to Fortnite in Chapter 3 Season 1, after well over a year of anticipation, rumors, and hype. Chapter 3 came as a surprise to most players, as we had absolutely no idea Fortnite would end Chapter 2 until a few weeks before it happened. With this Chapter, we were introduced to new mechanics, such as sliding, new Battle Pass characters (including Spider-Man), and an entirely new map.

After Spider-Man coming to the spotlight in Chapter 3 Season 1, we fought through a massive event that showed the sheer power of Doctor Strange. In Chapter 3 Season 2, we faced an all-out war against the IO as they tried to keep The Seven from taking control of the island. With our help, The Seven pushed back against the IO forces and protected the island from their rule. Doctor Slone had a few tricks up her sleeve, however—including one that literally shook the foundations of the earth!

Fortnite Chapter 3 Season 3 started as a (literal) out-of-this-world experience and players who participated in the live event found themselves in control of a giant mech that was built on the moon. The theme for the season was titled Vibin', and major changes were made to the map that emphasized that, including neon-colored overgrowth and gigantic mushrooms. This season's summer theme brought plenty of music and a chill, relaxed atmosphere!

Since 2017, Fortnite has become a staple in American households. Everyone knows someone who plays. It has increased popularity in streamlined content and, of course, the Battle Royale game mechanic. Suffice it to say, we're all excited for the next season!

Before you go, be sure to pay a visit to our Fortnite Homepage to see the latest content, news, and guides for the current Season!