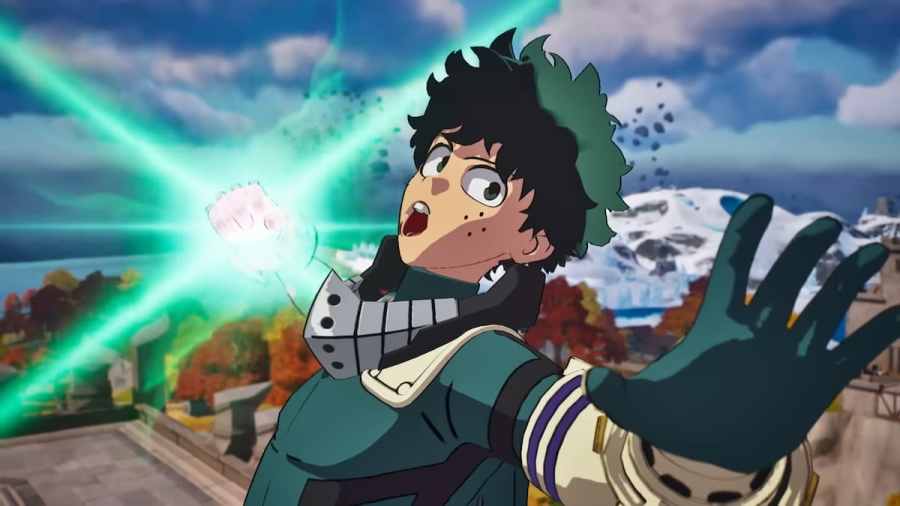 In Fortnite Chapter 4 Season 1, players are expecting to see several popular culture collaborations, and one of them includes My Hero Academia skins. Deku was teased in the official trailer for the season, along with a secret mythic ability that might rival Goku's Kamehameha. Naturally, players want to know when these cosmetics are arriving in the game. Here's everything you need to know about Deku's Fortnite skin and other My Hero Academia cosmetics coming in Chapter 4 Season 1.

When is Deku coming to Fortnite?

Fortnite's official Twitter informed players that the My Hero Academia cosmetics will arrive in Fortnite Chapter 4 Season 1 on December 16, 2022. This collaboration will include Deku's Fortnite skin, and it's safe to speculate this outfit will have a few style edits. Along with this, there are several other cosmetics which players can expect, like the All Might style pickaxe shown during the end of the Fracture event last season. Players can keep an eye on the Item Shop, and save up on V-Bucks to purchase these cosmetics as soon as they arrive.

Related: How to infinite sprint in Fortnite

How to get My Hero Academia cosmetics in Fortnite

Anime fans are having a blast in Season 4, as the battle pass introduced the Nezumi skin to the game. Players are expecting to see My Hero Academia cosmetics as part of a bundle, with the outfits available for purchase separately. Players can purchase these cosmetics with V-Bucks once they are added to the Item Shop later this season. We will update this article with prices when the skins are officially released in the game.

When are we getting the Deku Fortnite skin?