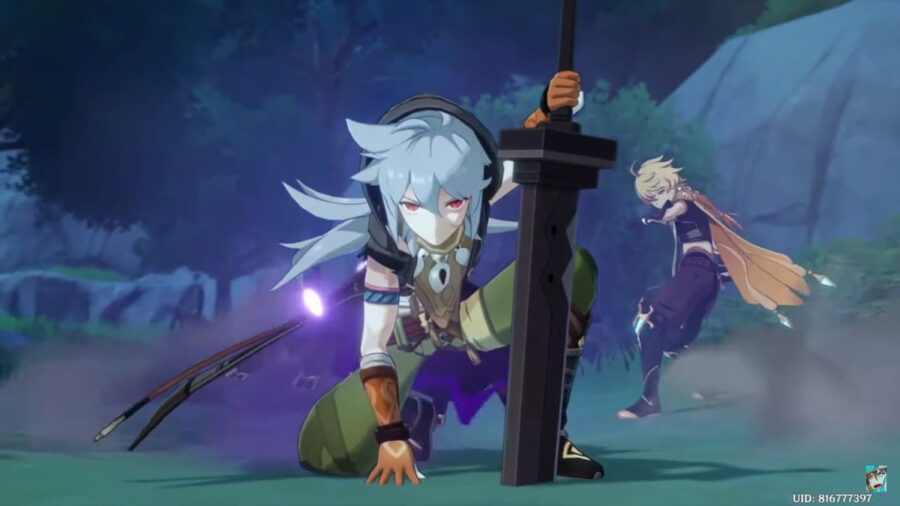 As a free-to-play game with monetization elements, Genshin Impact's players tend to have issues when deciding which characters they wish to acquire. This is also due to the fact that characters are the hardest assets to unlock in the game. However, in the case of Electro characters, the ones that players want to add to their team depend on the player's playstyle.

Which Electro characters should I level in Genshin Impact?

Starting off with perhaps the best Electro character, Raiden Shogun is an absolute powerhouse. Her Elemental Burst Secret Art: Musou Shinsetsu has a massive list of effects, but the most impactful of these is the massive burst DPS she can perform during it as well as the team-wide energy regeneration that the ability provides. This makes Raiden an incredible sub-DPS combined with an energy battery, allowing her to fill two roles for the price of one.

The main objective for Fischl is summoning and keeping up her familiar, Oz. This is because Fischl's damage output is increased immensely when Oz is on the field. Both Fischl's Elemental Skill and Burst summon Oz, but using them both at the correct time can practically double Oz's uptime, increasing her DPS tremendously. Almost every skill and passive in Fischl's kit deal with buffing Oz or interacting with them, so managing Oz's uptime is imperative to success with her.

Another archer joining the fray is Kujou Sara, and she is perfect as a ranged damage dealer who supports her allies. Using her Elemental Skill and Burst creates Crowfeathers that allow her to apply attack buffs to her allies and herself. Also, one of her passives allows Sara to regenerate energy for her team every time she lands a Tengu Jurai: Ambush, which is triggered during her Elemental Skill. Buffing her allies while restoring their energy makes Sara a great support option for overall DPS and uptime.

Being a claymore user, Razor is gifted with high base damage numbers automatically due to the claymore being the hardest hitter in the game. However, Razor offers many more advantages past this. His Elemental Skill Claw and Thunder deals tons of damage while generating Electro Sigils that passively restore energy and can be consumed for a burst of energy regeneration. Razor's Elemental Burst Lightning Fang summons a wolf that attacks alongside him, dealing Electro damage. Building around Razor is very important because if you switch him out during his Elemental Burst, the wolf will disappear, but building around Razor as a main DPS is certainly worth the investment.

A perfect sub-DPS for many teams, Beidou's power comes from the proper use of her abilities. Her Elemental Skill Tidecaller acts as a counterattack, rewarding the timing of players with massive damage as well as damage absorption. Meanwhile, her Elemental Burst Stormbreaker could be one of the best abilities in the game due to the buff it creates. Called Thunderbeast's Targe, the buff causes the affected character to take less damage while giving them bouncing Electro attacks. This buff persists on any characters swapped into battle, making it an incredible buff to swap onto DPS characters.

Keqing is a mobile, quick-striking powerhouse that specializes in movement and critical hits. Her Elemental Skill Stellar Restoration allows her to teleport around the battlefield or hit enemies from range depending on what follow-up attack she uses. For straight Electro damage, her Starward Sword Elemental Burst deals massive damage to nearby enemies with a series of sword slashes, ending with a strike that deals even more damage. These traits make Keqing a heavy hitter both physically and elementally.

Related: How to find target enemies in Genshin Impact Bounties

Though Keqing certainly has more movement options, Traveler lives up to their name through their presence both on and off the battlefield. Using their Elemental Skill Lightning Blade deals damage and creates Abundance Amulets which can be picked up to restore a large amount of energy. Furthermore, their Elemental Burst Bellowing Thunder creates a buff that deals extra Electro damage while regenerating even more energy. These two abilities alone make Electro Traveler one of the best energy generators in the game.

A witch who is adept in the Electro arts, Lisa conducts her battles using powerful AoE attacks. Lisa's Elemental Skill, Violet Arc, is integral to her play style due to its massive damage output and the Conductive stacks it creates, which increase the damage that the skill can do. Her Elemental Burst Lightning Rose serves as further DPS while also knocking back nearby enemies. Considering how frail Lisa is, it is imperative that she keep enemies at a distance so she can dish out her incredible damage potential.

Yae Miko's aesthetic is based on fox spirits, but rest assured her gameplay is all about damage. Her Elemental Skill Yakan Evocation: Sesshou Sakura causes her to teleport forward, leaving behind a Sesshou Sakura turret. These turrets call down lightning on enemies and benefit from each other by increasing damage for each nearby turret. The turrets also directly affect her Elemental Burst Great Secret Art: Tenko Kenshin, which calls down a huge thunderbolt on a target for massive damage. When the Burst is used, it also consumes any turrets, and for each consumed, an additional thunderbolt will be cast. It goes without saying that having the maximum amount of turrets out is paramount to Yae Miko's consistent and burst damage, but doing so will reward you greatly.

All Electro characters worth leveling in Genshin Impact