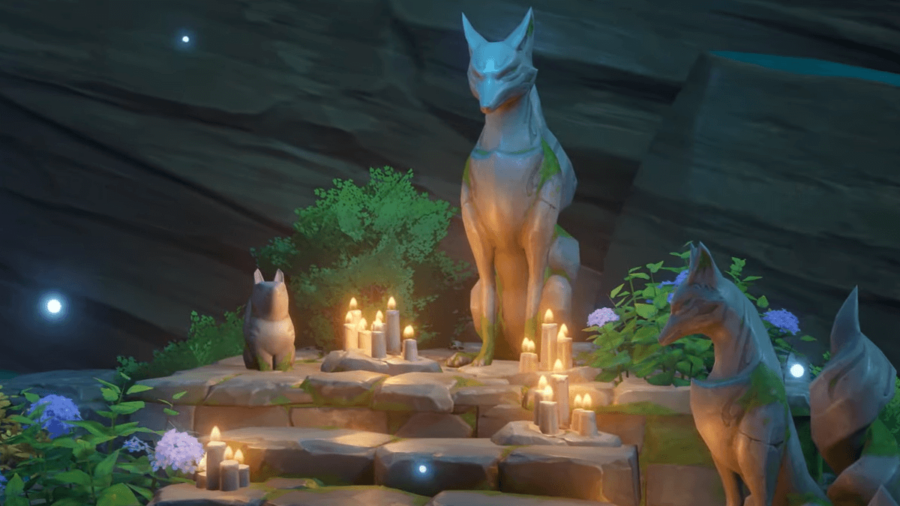 The Farmer's Treasure Genshin Impact world quest involves freeing Saimon Jirou from his cage on Jinren Island (use a key found in the tree across from the cage). Saimon Jirou will ask you to collect the Old Stone Slates from around Narukami Island, Inazuma.

Progress the Sacred Sakura Cleansing Ritual quest by cutting a deal with the Konda Village Chief and exploring the bottom of the Konda well. After solving the well puzzle, you'll gain access to a room with various treasures and an Old Stone Slate.

Defeat the Nobushi samurai enemies at this camp to collect the second Old Stone Slate.

After collecting Old Stone Slate #3, keep exploring the ruins. #4 is located further inside in a large cavern.