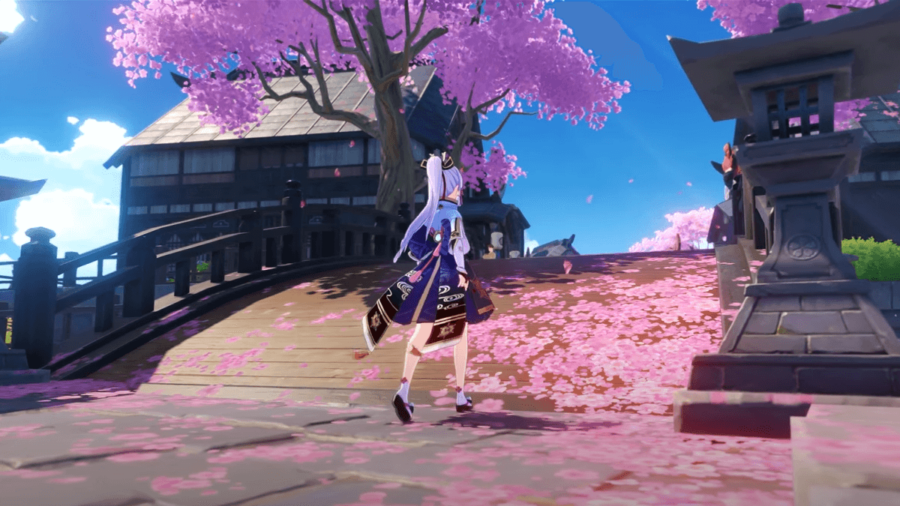 There are five total barriers that must be broken to complete the Sacred Sakura Cleansing Ritual world quest in Genshin Impact. After exploring the bottom of the well in Konda Village, breaking the barrier beneath the abandoned shrine, and then solving the puzzle in Chinju Forest, Travelers are prompted to explore Araumi next.

How to find the barrier in Araumi

In Araumi, light up the five Electro statues that are scattered around the cliff. There are lots of strong enemies in this area you'll need to take care of first. Once all five statues have been zapped with a little Electro, a secret entrance will unlock; climb up the small stone tower and drop down into it.

Use the Memento Lens on the three small kitsune statues inside this entrance. Each interaction will make a switch appear, and after clicking all three switches, you'll be granted access to the cavern underneath.

Again, use Memento Lens on the first kitsune statue you see inside. This will transform the statue into an Electrogram summoning, which you can use to cross the barrier into the next room to obtain the ward from the taller kitsune statue (use Electro on it).

Return to the main room and seek out the small kitsune statues in here. Using Memento Lens on them will transform them into the mini-shrines needed to complete the barrier puzzle.

The two kitsune statues you've converted into shrines should be set at 2. On each side of the barrier is a lone shrine that should be set to 3. As usual, leave the starter shrine at which you Pray at 1.

When you Pray after completing the puzzle sequence, the usual phantom warrior battle will occur. Now all that remains are the tidal flats outside the Kamisato Estate!