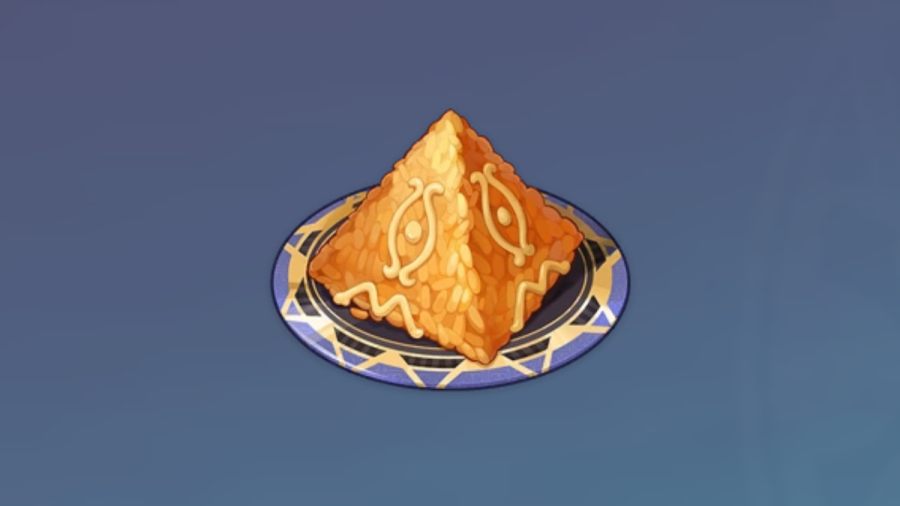 Cyno, the General Mahamatra, may seem stern at first glance, but his penchant for throwing the dryest of jokes (and making it a point to explain, in full detail, what they mean) often lightens up the heavy mood. And while he's a notorious figure in the Akademiya for his job of maintaining order within and outside of its scholarly walls, Cyno is also a TCG enthusiast, ready to whip out his allegedly powerful Genius Invokation deck at a moment's notice. The ever-reliable General Mahamatra is no stranger to cooking—his Special Dish, the Duel Soul, is a variation of the Tahchin.

How to get Cyno's Special Dish Recipe in Genshin Impact

You can obtain the Recipe for Tahchin by reaching Sumeru City Reputation level 4. Consider completing World Quests, Requests, and Bounties to level up, then head to Effendi's bulletin board northeast of the city to claim your rewards.

Related: How to get Glabrous Beans in Genshin Impact

How to cook Duel Soul in Genshin Impact

You can cook Duel Soul on any stove using Cyno. It's unfortunately not possible to cook the Special Dish if you haven't pulled for him. Interact with any bonfire or stove to open the cooking menu and select Tahchin, which can be made with the following ingredients:

If Cyno cooks Tahchin, there's a chance for her to make Duel Soul instead. The exact rate for cooking Special Dishes is unknown, but it works on both Manual and Auto Cook modes

Difference Between Tahchin and Duel Soul in Genshin Impact

Both of these Recipes will heal a selected character's HP. There isn't a major difference between them, so it may only be worth cooking Duel Soul to add to your collection.

Check out our guide on Candace’s Special Dish Recipe and how to cook it in Genshin Impact to cook more delicacies from the desert.