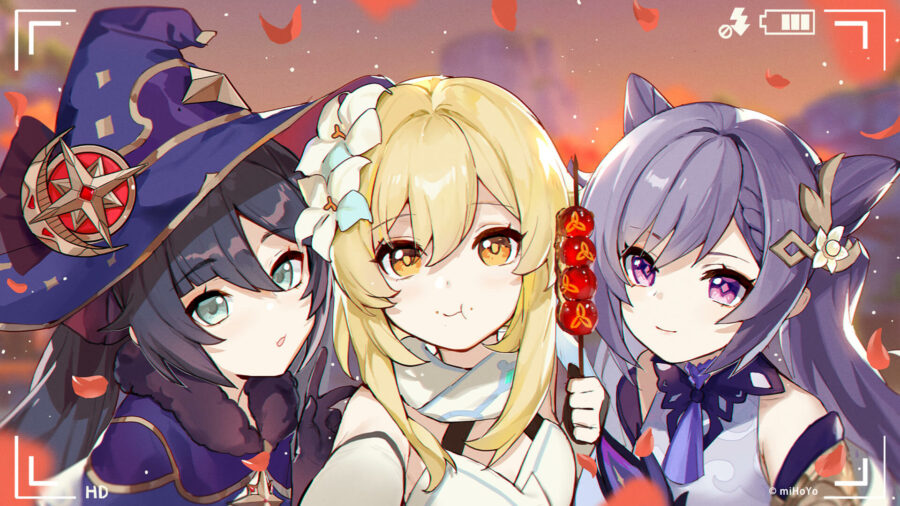 Genshin Impact players have a lot to be excited about: the 1.4 update, set to launch March 17 (and currently available in China), is one of the most exciting developments to come to the game yet. MiHoYo is bringing back fan-favorite Venti, finally letting us play as the mysterious Rosaria, and even offering a Dating Sim series called Hangout Events!

How could this update get even better? Oh, wait, that's right—KFC-themed wing gliders.

Although a collaboration with the fast food chain was announced some time ago, miHoYo has officially confirmed the news in their recent 1.4 livestream. Purchasing the Diluc or Noelle Chicken Buckets grants players a code they can redeem to unlock the Wings of Feasting, a stylish gold and red wind glider that can be attached to any character.

Related: How to Solve the Nine Pillars of Peace Quest in Genshin Impact

Unfortunately, this collaboration deal is only available exclusively in China right now. Luckily for players outside of China, however, miHoYo has announced that the KFC glider will become available globally this upcoming July!

How to Get the KFC Glider

Currently, there is no further information on how global players can attain the KFC glider. One possibility is that KFC chains outside of China will also offer the Diluc and Noelle brand Buckets; however, since there are many Genshin Impact players who live in areas without KFC restaurants, this might not be the most effective method. Alternatively, miHoYo could offer new in-game events that allow all players the chance to earn the code for the unique wind glider.

As more information becomes available on how to obtain "Wings of Feasting," we'll be sure to have a new guide ready. Until then, I'll be dreaming of holding that Diluc Bucket with my own two hands.

Update March 15, 2:08pm CT: miHoYo is already offering players items from the KFC collaboration in the new 1.4 game update, set to release March 17. A new daily login event called "Outland Gastronomy" includes two recipes inspired by the KFC menu: Exotic Gourmet on the second login day, and Golden Fried Chicken on the sixth login day. Make sure to log in daily once this event unlocks to snag primogems, recipes, and other rewards!

Keep checking back for more information on the Genshin Impact 1.4 Leaks to find out which characters and events might soon be joining the game! We'll also keep you in the know on upcoming banners and Genshin Impact code updates.