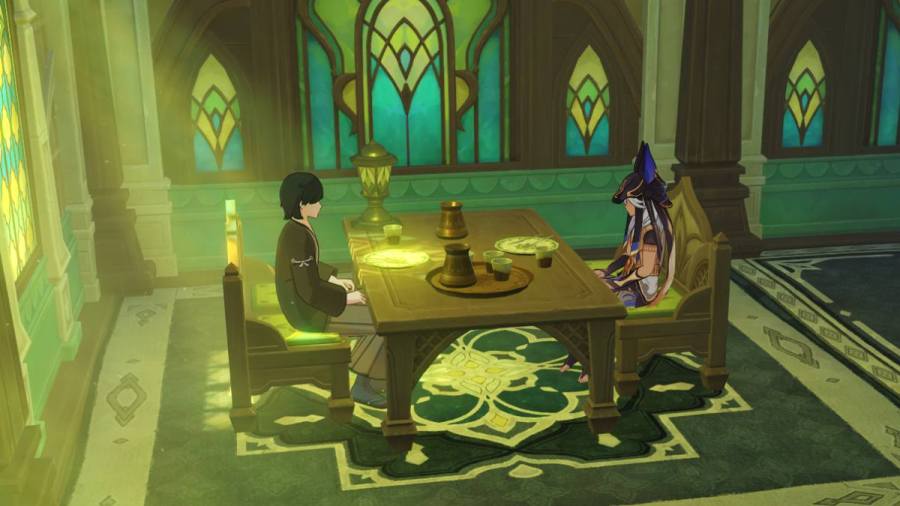 Next Time, On King of Invokations... is a Genshin Impact World Quest where you must help the frazzled Fukumoto meet Cyno, an avid player of the Genius Invokation TCG. You then need to take some photos of Cyno, whose appearance will be used as a reference to draw illustrations for the King of Invokations light novel.

How to unlock the Next Time, On King of Invokations... Sumeru World Quest in Genshin Impact

To unlock this World Quest, you must complete the entire Sumeru Archon Questline up to Act V.

Once you've completed all five segments, you'll automatically get the Next Time, On King of Invokations... World Quest.

How to complete the Next Time, On King of Invokations... Sumeru World Quest in Genshin Impact

Head to the Teleport Waypoint near the Sumeru City Reputation Board to meet Fukumoto, who needs your help finding a model who looks like the protagonist of a TCG light novel. His eyes are set on Cyno, who a little blue bird mentioned could be in Puspa Cafe—your next destination.

Puspa Cafe is marked by the teapot icon south of Sumeru City. Head over and interact with the front door to enter the cafe, where you'll immediately find Cyno. Speak to Fukumoto, who's in awe of Cyno's protagonist-like appearance. Then speak to Cyno, who will agree to be Fukumoto's model. Interact with the Kamera beside Fukumoto (not your Gadget) to take a photo of Cyno. Once that's done, speak with the two again to complete the World Quest.

Check out our Genshin Impact Courage is in the Heart World Quest guide to complete another Sumeru quest.