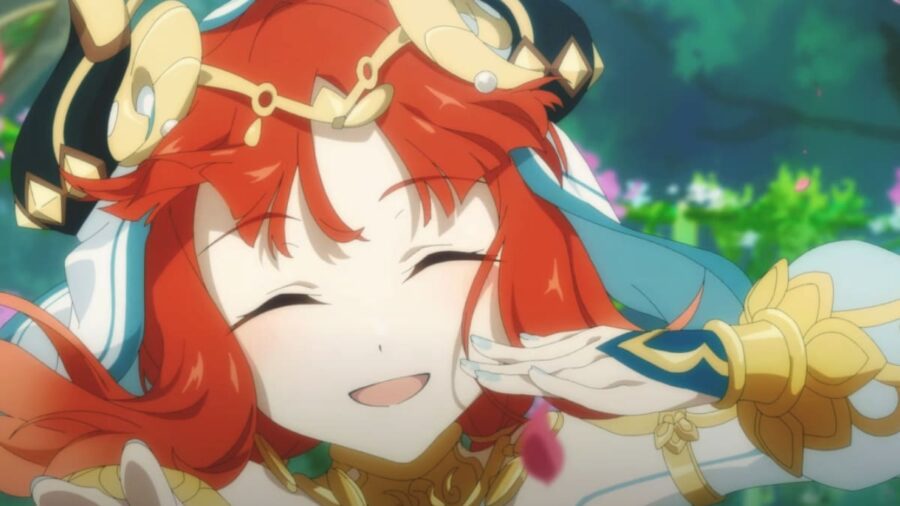 Genshin Impact has been building up excitement over Sumeru for the past couple of weeks, regularly releasing information about the nation of wisdom to build up anticipation for its long-awaited release. Its latest contribution to the Sumeru waiting club is an amazing animated promotional video showcasing upcoming playable characters Alhaitham, Dehya, Cyno, Tighnari, Collei, Dori, Nilou, and Nahida.

Nahida's voice can be heard narrating in the background. She leaves players with an ominous message: "In the end, I'm just the Moon. The real Sun is long gone." This is likely in connection to leaks revealing her identity—as well as Sumeru's obsession with bringing back Greater Lord Rukkhadevata, the former Dendro Archon. Players also get a glimpse of a burning tree at the end—the same tree that Fatui Harbinger Il Dottore faced in La Signora's iconic funeral video—signaling a tragedy that is about to come.

Sumeru's release comes packaged with Genshin Impact's seventh Element, Dendro. With only two weeks left before Teyvat's map expands on Aug. 25, players are at the edge of their seats waiting for crumbs of information to flow by. This PV has been well-received by the community, with fans eager for a Genshin Impact animated series.

Watch the PV on Genshin Impact's official YouTube channel, and experience the beautiful sights that await players in Sumeru.

Too excited for Sumeru? Check out our compilation of Genshin Impact 3.0 – Sumeru leaks, banners, events, new area, and everything we know so far.