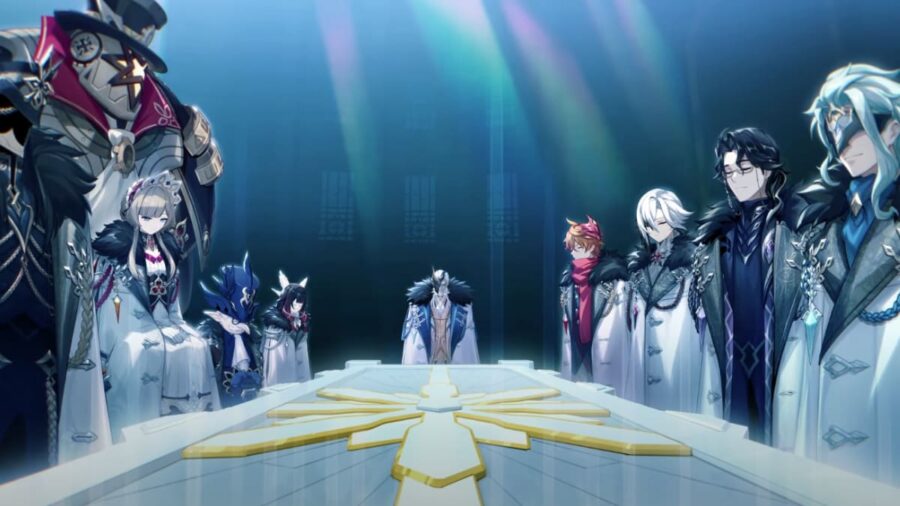 The Eleven Fatui Harbingers make up one of Genshin Impact's most notorious factions—high-ranked lieutenants who directly serve the Cryo Archon, the Tsaritsa, and commit crimes all over Teyvat. Their identities have been rather vague, save for a few Harbingers who have appeared in-game, and a recent stream of leaks that revealed bits of their lore.

However, Genshin Impact took the player base by surprise by revealing all Eleven Fatui Harbingers in a Teyvat Interlude Teaser, which was published on their official YouTube channels. The video showcased the Eighth Fatui Harbinger, La Signora's (Rosalyne-Kruzchka Lohefalter), funeral after her defeat at the hands of the Raiden Shogun. Only the Tsaritsa and Scaramouche were not in attendance, but the latter is known to have run away with Ei's Gnosis after the events in Inazuma.

Reddit user u/Wisterosa posted a useful guide in r/Genshin_Impact_Leaks to help players identify all the Harbingers in the Teaser.

Il Dottore notably looks different from the Genshin Impact manga, where he was first introduced. This Harbinger is known to have taken parts of his body at different ages, turning them into segments that could be ordered to do his bidding—reminiscent of Harry Potter's Horcruxes. At the end of the Teaser, he stated that one of his "segments" is out committing blasphemy, presumably in Sumeru, setting the stage for his relevance in Version 3.0 and beyond.

Players can view the Teyvat Interlude Teaser: A Winter Night's Lazzo and listen to all the Harbingers' voices on Genshin's official YouTube channel.