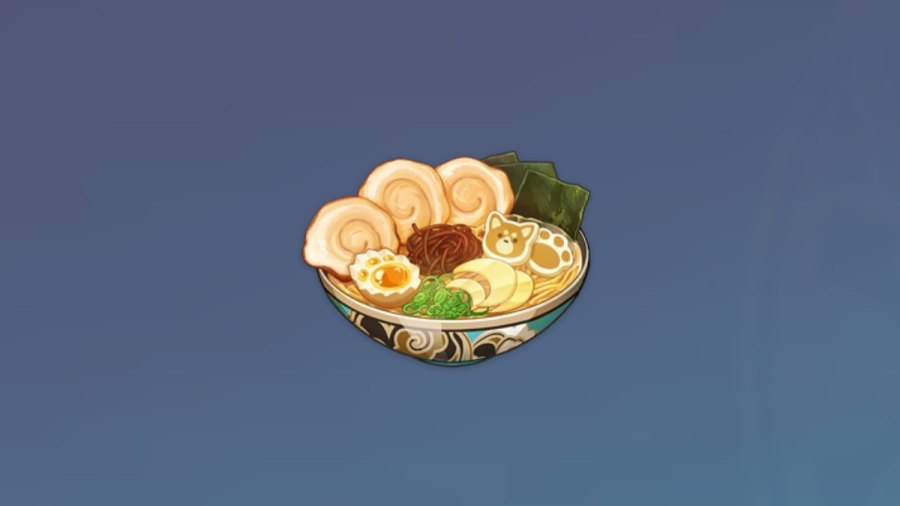 Gorou is the reliable general of the Watatsumi Army, who greatly respects his subordinates and Kokomi alike. While he lives in constant fear of a particularly sly fox from the Grand Narukami Shrine, he's shown to be a capable leader in more ways than one. Gorou's Special Dish is called the Victorious Legend, a variation of the Tonkotsu Ramen.

How to get Gorou's Special Dish Recipe in Genshin Impact

How to cook Victorious Legend in Genshin Impact

You can cook Victorious Legend on any stove using Gorou. It's unfortunately not possible to cook the Special Dish if you haven't pulled him. Interact with any bonfire or stove to open the cooking menu and select Tonkotsu Ramen, which can be made with the following ingredients:

Flour can be processed using Wheat. If Gorou cooks Tonkotsu Ramen, there's a chance for him to make Victorious Legend instead. The exact rate for cooking Special Dishes is unknown, but it works on both Manual and Auto Cook modes.

Difference Between Tonkotsu Ramen and Victorious Legend in Genshin Impact

Both of these Recipes will restore HP to the selected character.

Check out our Best Gorou Build in Genshin Impact here on Pro Game Guides to raise the Watatsumi Army general to support your team.