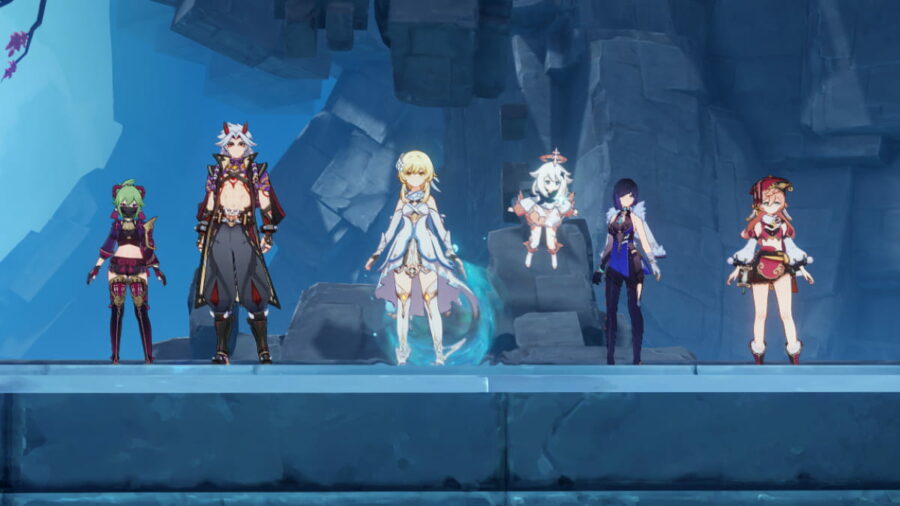 The City of Hidden Runes is a Genshin Impact Domain that you'll encounter in the quest called Danger All Around. This is the third part of the Archon Quest Interlude Chapter: Act II - Perilous Trail, which you can initiate after completing the following prerequisites:

How to Solve the City of Hidden Runes Puzzle

In the City of Hidden Runes, you'll find a clearing with four Elemental Runes and corresponding Phase Gates behind each of them. For example, the Phase Gate behind the Hydro Rune will transport you to the clearing with the Hydro puzzle. You need to complete all four puzzles to clear the Domain but they can be done in any order.

Approach a Phase Gate to get transported to another clearing. While being transported, don't click anything to prevent dying.

Related: How to open the locked gate in The Chasm Ad-Hoc Main Tunnel in Genshin Impact

Part One: Light Up Small Symbols

After completing this part, the small symbols will disappear, and Geovishaps will spawn. Defeat them to reveal Lightshapers, which are small mechanisms that spill light into the sky.

Each platform will contain two Lightshapers that operate two sets of light. Your goal is to align the lights against the large symbols to activate them. Use the following commands to control the lights:

Use the Phase Gates to navigate the map. After completing all four puzzles, the Interlude Chapter will continue.

Check out our guide on How to complete the Chamber of Twisted Cranes in the Genshin Impact Perilous Trail event to solve the first Domain in the Interlude Chapter.