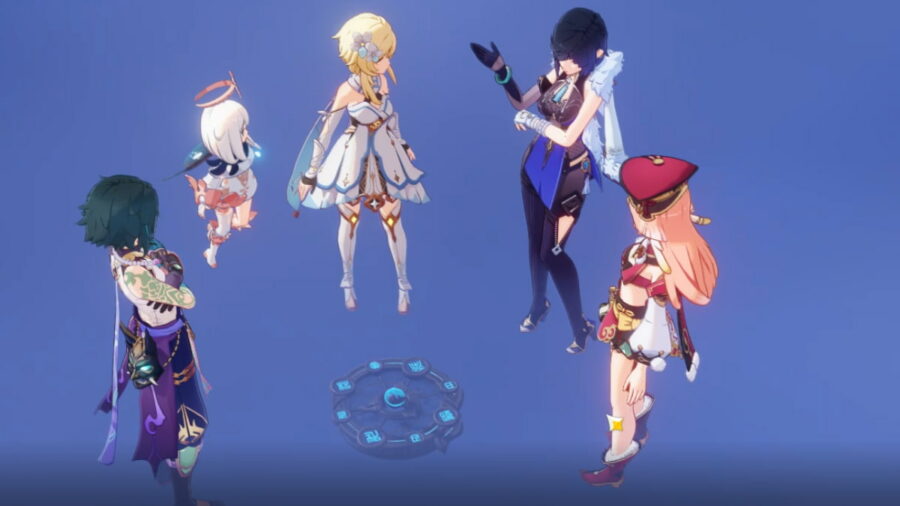 The Realm of Snaring Illusions is a Genshin Impact Domain that you'll encounter in the quest called At Tunnel's End, Light. This is the fourth part of the Archon Quest Interlude Chapter: Act II - Perilous Trail, which you can initiate after completing the following prerequisites:

Upon entering the Domain, you'll be prompted to battle against Treasure Hoarders using a Yanfei trial character. After that's done, complete the following tasks:

Once you're done doing the tasks above, go through the door to continue the story. You need to battle Fatui Skirmishers using Yelan and Yanfei trial characters.

Related: How to complete the Chamber of Twisted Cranes in the Genshin Impact Perilous Trail Archon Quest

Complete the following tasks after defeating the Fatui Skirmishers:

After, go through the door to continue the story. A battle against Xiao and an invisible Boracius will commence.

After the battle sequence against Boracius, complete the following tasks:

What if you miss an Interaction before using the Fantastic Compass?

If you forget to interact with an object or complete a task at any point in the Domain, you can return to your map of choice by adjusting the timeline using the Fantastic Compass. Reference the image above to help you find the map you're looking for.

If you're struggling with the previous Domain in this series, check out our guide on How to solve the City of Hidden Runes Domain puzzle in the Genshin Impact Perilous Trail Archon Quest.