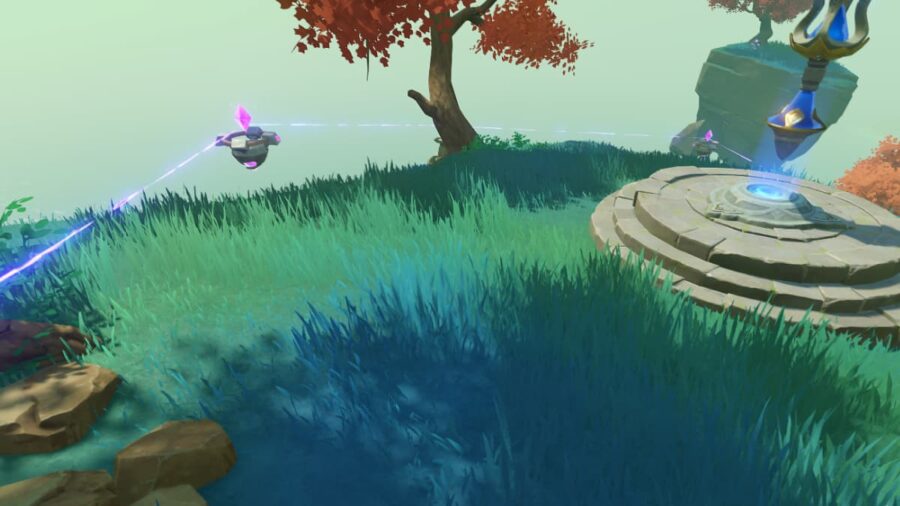 The Golden Apple Archipelago is back for Genshin Impact's Summertime Odyssey event, which runs from July 15, 2022, to August 24, 2022. During this period, you can loot a ton of limited-time Chests by solving puzzles in the summer islands.

After completing all three parts of Kazuha's Event Quest, As the Courtyard in Spring Once Appeared, you can unlock the Rearrange Bonsai feature on his island. Once that's done, change the Bonsai arrangement to feature the Hoverlight Rocks: Left and Hoverlight Rocks: Right, then click Confirm to finalize your selection.

How to solve the Relay Stone puzzle in Pudding Isle

After Rearranging Bonsai based on the specifications above, head to the Teleport Waypoint in Pudding Isle. You'll immediately spot the Relay Stone puzzle beside it. One of the Relay Stones is connected to another mechanism by default, but you can pick it up and move it anywhere. The second is located on a lower platform beside the red-leaved tree on the left.

First, place one Relay Stone near the edge of the cliff, between the Discharge and Cumulation Stones. A purple line must connect all three mechanisms to each other. If not, then make micro-adjustments to the position of the Relay Stone until all three connect.

Next, you need to connect the Discharge Stone with the other Cumulation Stone behind the Teleport Waypoint. Place the Relay Stone in the position prescribed in the image above so that another purple line forms, connecting the three mechanisms to each other. Once you're done, a Common Chest will appear for you to loot.

Check out our guide on All Pudding Isle Seelie locations in Genshin Impact – Summertime Odyssey event to get more Chests on the island.