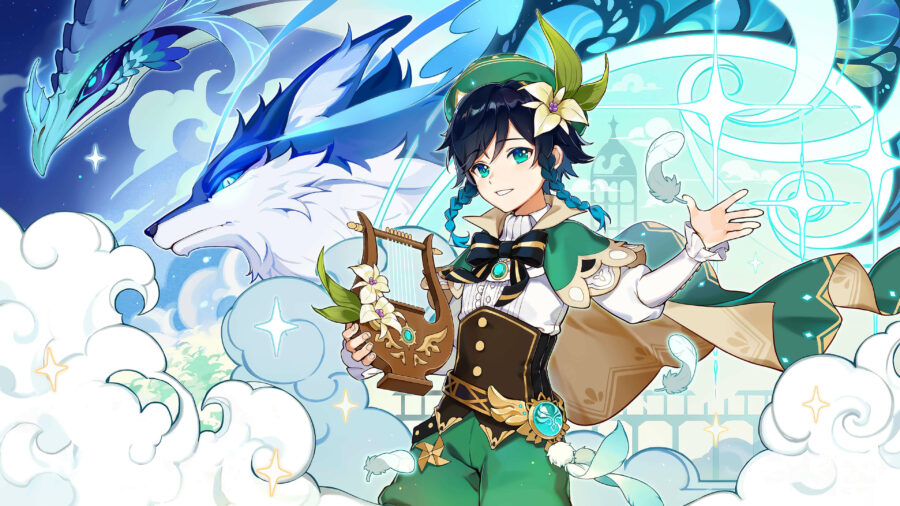 Since the foes you'll encounter in Genshin Impact boast all types of different powers, you'll need to switch between your characters and use their elemental skills to your advantage. Learning how to turn the tide of a battle by utilizing elemental reactions is one of the most important aspects of fighting. If you're confused on how to toggle between the characters in your arsenal, we've got you covered!

How to Switch Characters in Genshin Impact

Though you might have dozens of characters in your archive, you can only switch between four of them while running around Teyvat. Since these placements are so limited, you'll want to ensure that your chosen four characters not only suit your preferred method of combat, but also complement each other's elements and fighting styles. For example, dousing an enemy with a Hydro spell is effective when followed up by a Cryo attack, which freezes your foe and leaves them immobile.

To review your team in Genshin Impact, all you need to do is open up the Paimon menu and click on Party Setup as highlighted below. 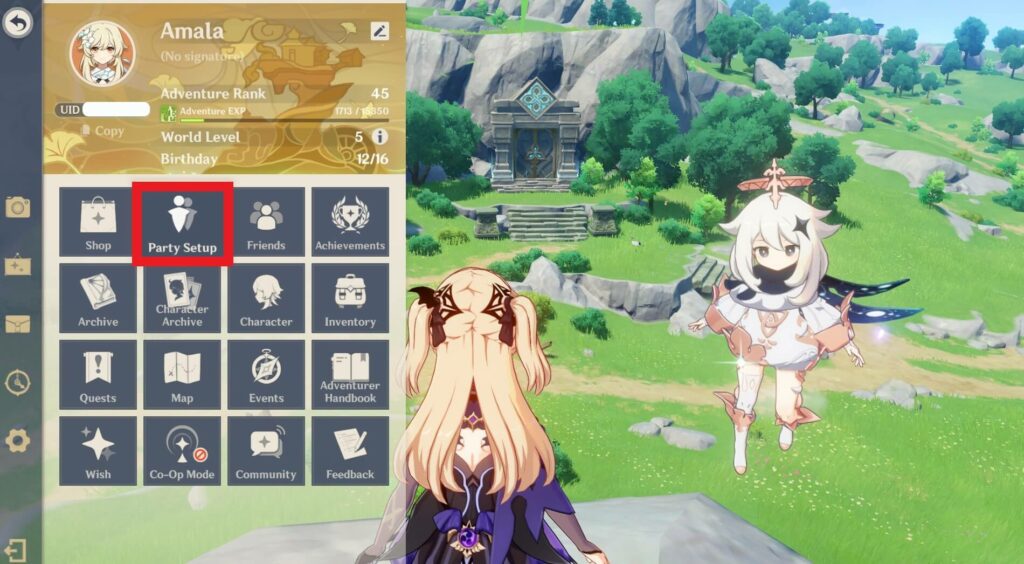 Selecting Party Setup will then take you to a screen that reflects your current party and allows you to make modifications. There are additional slots for more party formations if you want to experiment using different characters, but don't want to lose your original team lineup.

You can also change the order of your current party members here by deselecting them, then adding them one at a time according to the number (if you're a PC player), or position, you'd like to assign them. Using the Hydro-Cryo example from earlier, We've assigned Mona, a Hydro user, as "1" on the keypad, then switch to Kaeya for Cryo with "2." Experiment with the order that feels most natural to you and that lets you execute elemental reactions with the most ease. 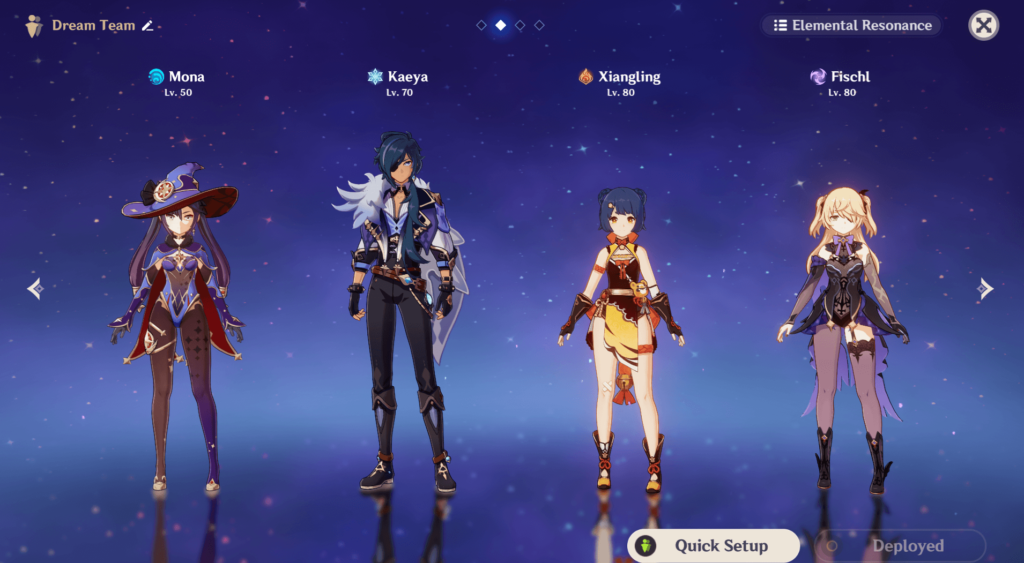 After you've assembled the perfect team, switching between your characters is as simple as pressing whichever buttons your game assigns each character. Feel free to try out different team combinations to find out which setup you like the best. A general rule of thumb when playing Genshin Impact is to balance your team with different elements and combat styles, since some game situations might call for an upfront strength-based approach, while others can best be accomplished through distance and speed.

The party setup feature is just another way to customize your Genshin Impact experience, so make the most of it, and have fun!