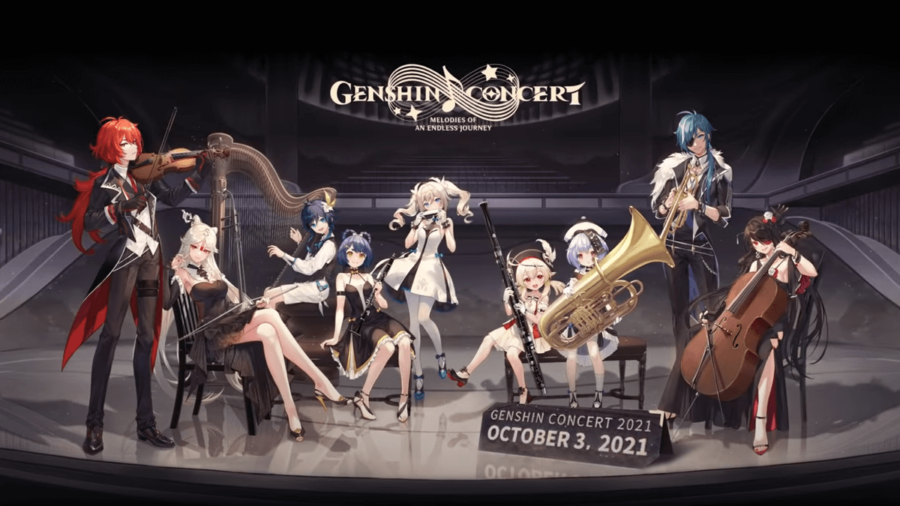 Genshin Impact's one-year anniversary is quickly approaching, and miHoYo is celebrating the game's milestone with various events—one of which is a concert special, titled "Melodies of an Endless Journey."

With Maestro Dirk Brossé and the Flanders Symphony Orchestra lending their talents to this production, "Melodies of an Endless Journey" pays tribute to the many different melodies found across Teyvat. The concert will likely include soundtracks from all available regions: Mondstadt, Liyue, and Inazuma, which each have their own distinctive sounds.

Related: Everything we know about Genshin Impact version 2.1

When and Where to watch the concert

The event date is set for October 3, 2021. The concert will be uploaded to the Genshin Impact official YouTube channel. Once an exact time for the concert has been announced, we'll be sure to update this article immediately.

Fans will also have the opportunity to purchase exclusive merchandise during the concert. For more information on the "Melodies of an Endless Journey" concert, be sure to check out the official event site.

Watch the video below for a sneak peek of "Melodies of an Endless Journey."

What is Snezhnaya in Genshin Impact?

All “The Boar Princess” series locations in Genshin Impact