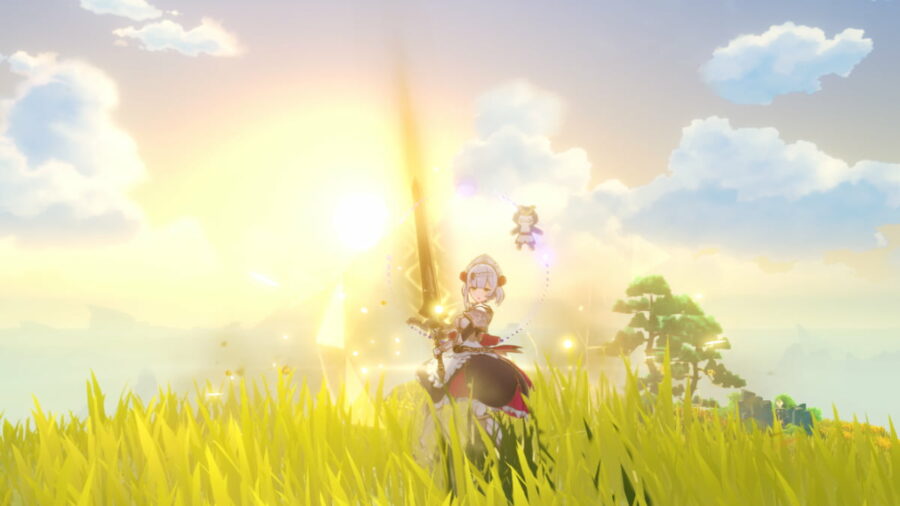 The Husk of Opulent Dreams is a Defense powerhouse, offering an incredibly high amount of Defense and Geo Damage for characters who scale off of these stats. While its use cases are niche, it's the best-in-slot pick for the characters that it serves.

Four-Piece Bonus: A character equipped with this Artifact Set will obtain the Curiosity effect in the following conditions. When on the field, the character gains one stack after hitting an opponent with a Geo Attack, triggering a maximum of once every 0.3 seconds.

When off the field, the character gains one stack every three seconds. Curiosity can stack up to four times, each providing a six percent Defense and a six percent Geo Damage Bonus. When six seconds pass without gaining a Curiosity stack, one stack is lost.

Related: Ocean-Hued Clam Artifact Set: Stats, how to get, and who can use it in Genshin Impact

The Husk of Opulent Dreams allows on-field characters to consistently gain Curiosity stacks by dealing Geo Attacks, making it easy to get the full 24 percent Geo Damage and 24 percent Defense Bonus at four stacks. Coupled with the two-piece Bonus, characters can gain up to 54 percent extra Defense.

This makes quick-swapping strategies slightly inefficient, as switching to a character, using a Geo Skill, and switching out will only allow you to generate one Curiosity stack.

The Husk of Opulent Dreams can be farmed from the Slumbering Court, an Artifact Domain located in Seirai Island in Inazuma. Players must gain access to the nation before they can begin farming for these Artifacts. It costs 20 Original Resin or one Condensed Resin (for two rounds in one) to claim rewards.

Who Can Use Husk of Opulent Dreams

The Husk of Opulent Dreams is the best-in-slot pick for any Geo character that scales off of Defense. These include Noelle, Albedo, and the upcoming new characters: Arataki Itto and Gorou.

It's best used in team compositions that:

What is the Genshin Impact Christmas Cult?

Who is Yun Jin in Genshin Impact?

How to farm Riftborn Regalia in Genshin Impact