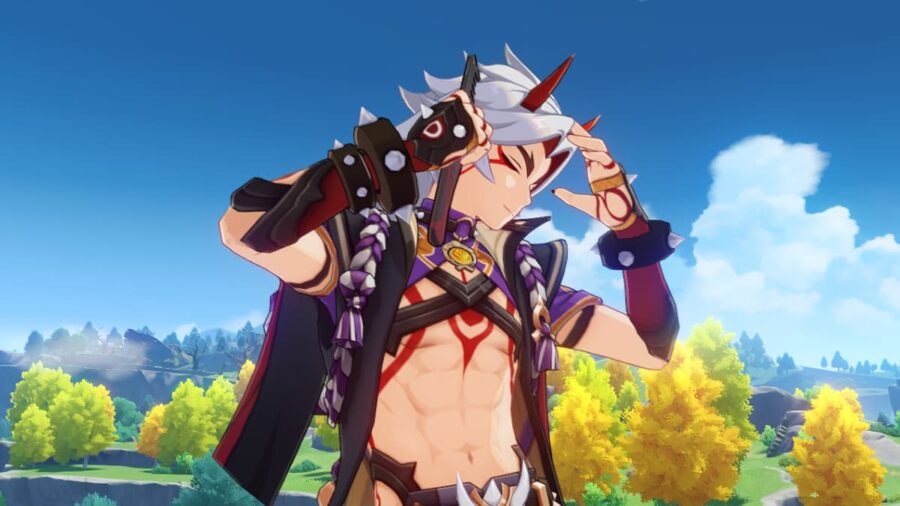 Arataki Itto is Inazuma's loud and boisterous red-horned oni who's always up for a challenge—whether against children, his TCG buddy Ayato, or a certain short-tempered tengu. As the boss of the Arataki Gang, he accidentally commands mischief wherever he goes, despite not having any ill intent. On the battlefield, Itto is a five-star Geo claymore user who dishes out damage by dealing combos with his Elemental Burst. Find out whether this lovable oni is right for you and whether he's worth raising amid the sea of amazing DPS units in Genshin Impact.

How to play Arataki Itto in Genshin Impact

As a Defense-scaling unit, building Itto is also straightforward—simply focus on Defense, Geo Damage, and Crit Rate or Damage. His best-in-slot support is Gorou, who boosts the team's Defense. Due to the small number of Defense-scaling units in the game, you may have to intentionally build Gorou to support Arataki Itto.

Related: How to complete the Arataki Itto Story Quest Domain in Genshin Impact

Should you pull for Arataki Itto in Genshin Impact?

If you want to build an easy Geo team that doesn't require carefully setting up Elemental Reactions, Arataki Itto is a great choice to fill the main DPS role. However, Geo teams are weak against enemies with Elemental shields, such as Abyss Heralds and the Raiden Shogun weekly boss, as Geo can't break shields as quickly as Elemental Reactions. As a result, Arataki Itto is not the best DPS choice against these kinds of enemies.

But Genshin Impact isn't all about fast-paced battles. If you love Arataki Itto's charming personality, then by all means, pull for him! There's nothing more fun than using a character that you truly enjoy, regardless of how they perform in the Spiral Abyss.

Is Arataki Itto worth leveling up in Genshin Impact?

As a main DPS unit that gains base Defense and Crit Rate Ascension bonuses, it's a good idea to level Arataki Itto up, especially if you plan on using him in tough battles. If you're short on Hero's Wits, we recommend leveling him up to 80 but pushing for his final Ascension to get the stat bonuses. You can hold off leveling up from 80 to 90 until you've gathered more resources.

Check out our guide on Custom beatmap Sharing Codes for the Genshin Impact The Almighty Arataki Great and Glorious Drumalong Festival event to participate in an event hosted by Itto himself!

Should you pull for Arataki Itto in Genshin Impact? Is Itto worth leveling?