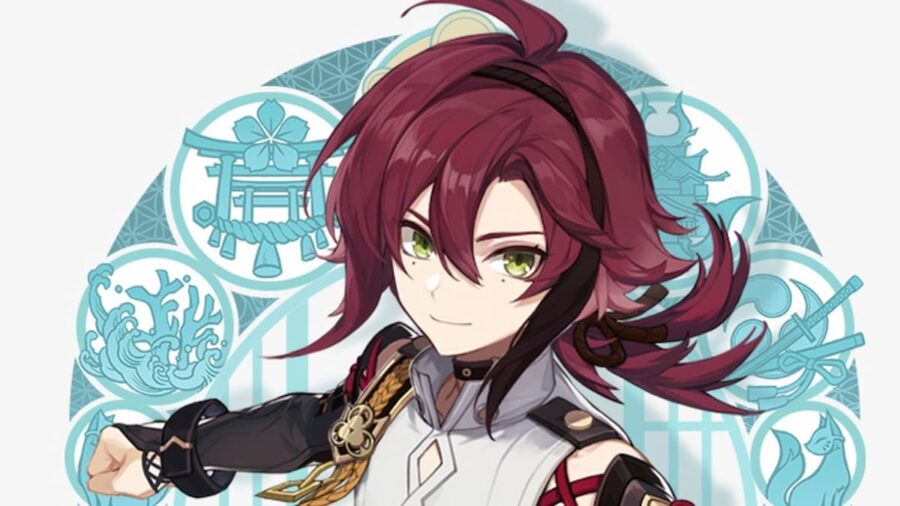 Genshin Impact has tons of characters to choose from, but only a few are going to slot into your team comps. Heizou was a character that remained a mystery until HoYoverse revealed his splash art before version 2.7. Due to his traditional Japanese style, there was a bit of confusion around what weapon type Heizou used.

What weapon type does Heizou use?

Heizou is a catalyst user who wields the power of Anemo to take down his foes. In his splash art, you likely noticed what seemed to be a sword on his hip, but this is actually a decorative piece called a Jitte. Heizou doesn't use the Jitte for attacks and instead prefers to deal with things using martial arts.

Heizou attacks using his fist and feet to unleash a flurry of kicks and punches fueled by Anemo onto his opponents. This is similar to how Yae attacks with a ritual stick instead of her catalyst. Not only is he the game's first male catalyst, but he is also the only character who fights using his fist instead of a weapon.

Is Heizou a support character or a DPS

Heizou is a four-star character who has a kit that seems to lean towards him being a DPS. Heizou has had his stats and attacks leaked by sarthakydv on Reddit, revealing that his constellations are targeted toward providing him buffs while he is on the field.

His elemental skill Hearstopper Strike is made to aid Heizou in taking damage and has both a tap and hold attack. He will also receive the Declension effect when the attack is held in to help him hit harder the next time he uses his skill. This effect is currently able to stack up to four times.

In addition, his elemental burst Windmuster Kick is heavily geared towards on-field damage and is made to react with other elements that can be swirled and put an exploding Windmuster Iris on opponents who are afflicted with Hydro, Pyro, Cryo, or Electro.

This means that Heizou currently doesn't seem to have any abilities that will aid with off-field support.

For more on Genshin Impact, check out How to unlock the upside-down Teleport Waypoint in The Chasm Underground Mine in Genshin Impact on Pro Game Guides!

What is Heizou’s weapon, element vision, and more in Genshin Impact