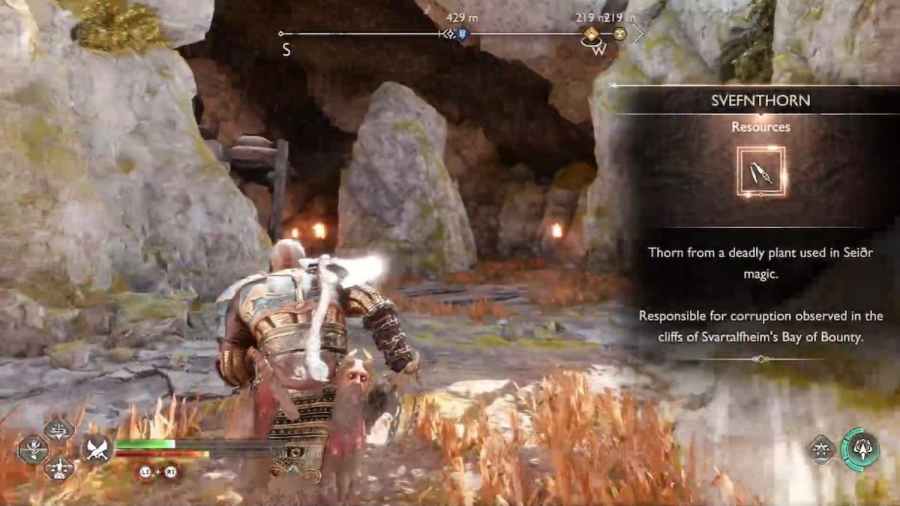 In God of War Ragnarök, rare items and resources can be hidden in any nook and cranny around the nine realms. Svefnthorn is a good example of a rare crafting component, as it can only be found in one place. To obtain it, you'll need to defeat one of God of War Ragnarök's many bosses. Here is where to find it.

Where to find Svefnthorn in God of War Ragnarök

To find Sventhorn you'll need to defeat Ormstunga on Dragon Beach. It's a little creature, but it's also as deadly as any other boss in God of War Ragnarök. To find it, you'll need to have progressed far enough in the story to possess the Draupnir Spear. Go to Dragon Beach in Svartalfheim. There will be scaffolding on the left side of the beach that you can climb up thanks to your spear.

Once at the top of the scaffolding, cross the broken bridge into Albrich's Hollow. You can use your improved chisel to help you find Durlin's Hammer while you're here. After that, continue down the tunnel on your left to find Ormstunga at the end of it. While navigating down the tunnel, remember that golden debris can be broken down with Fire Bomb explosions from the jars of fire.

How to get Svefnthorn in God of War Ragnarök