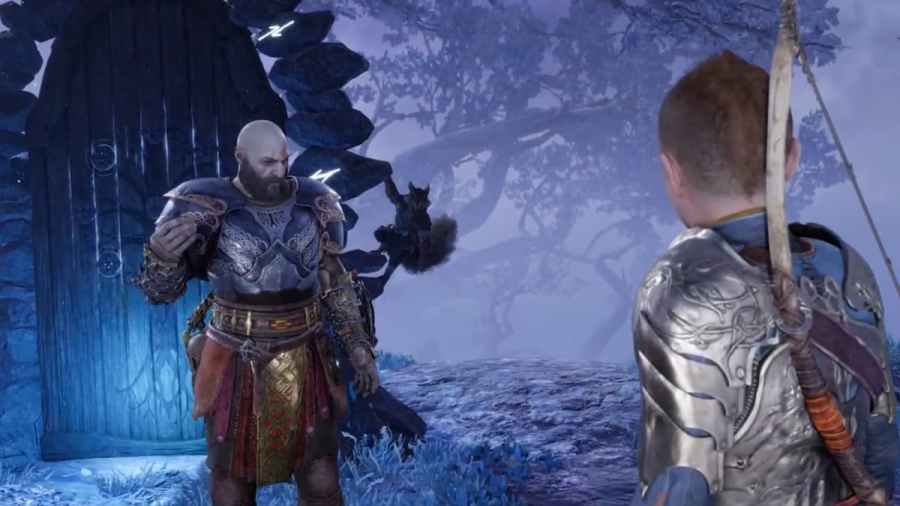 God of War Ragnarök allows you to once again play as Kratos and Atreus as you journey through the Nine Realms in search of answers and safety. With many different realms to explore, you will sometimes have a choice of where to go next. After Ratatoskr gives you a Seed of Yggdrasil, you must choose between traveling to Niflheim or Alfheim, which may leave you wondering which to go to first in God of War Ragnarök.

Alfheim or Niflheim, which one to go to first in God of War Ragnarök

Which realm to go to first ultimately, the choice doesn't matter that much as you will be able to go to both. Going to Alfheim will continue the story immediately, but Niflheim acts as a training area. Therefore, if you want to practice combat more, we suggest going to Niflheim, as you can fight any monster you have encountered until this point. You'll earn no XP but will learn how enemies to fight, test out Runic Attacks and use moves to increase your Skill Labours.

Related: Where to find the three seal bells for the Nornir chest in The Temple of Light in God of War Ragnarok

In addition to allowing you to practice combat, Niflheim also contains six treasure chests. These can only be opened after killing a specific number of Odin's Ravens, except the first chest—you can open this immediately. The first chest contains the Girdle of Raven Tears, which increases defense and luck and gives you healing efficiency 1. Here are the number of Ravens you need to open the remaining chests.

So you will eventually need to return to Niflheim anyway, making whether you go there before Alfheim up to you. You can grab the first chest, or you can opt to wait until you've collected enough Ravens to open the other chests.

Should you go back to Svartalfheim in God of War Ragnarok?

You can go back to Svartlfheim, but there is only so much you can do there. A few of the islands such as Dragon Beach and Alberich cannot be completed until you get progressional items further on down the story. It's best to wait on returning to Svartalfheim until you have to, to 100% the realm if you wish.