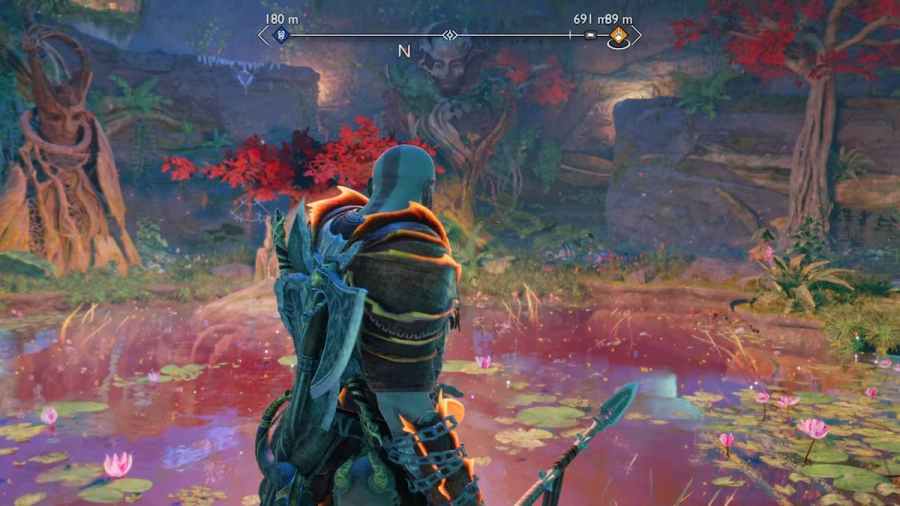 If you've made it to The Crater of Vanaheim in God of War Ragnarök, you will likely have come across some large, orange crystals. Thanks to Mimir, it will be pretty obvious when you've found one. If you attack the crystals, you'll receive Crystalline Fragments & Shards, depending on the crystal's size. Mimir's helpfulness ends there, though, as he won't be able to tell you what to do with them. Here's where you should take Crystalline Fragments & Shards in God of War Ragnarök.

What are the Crystalline Fragments & Shards used for in God of War Ragnarök?

Related: How to unlock the Nornir Chest in Eastern Barri Woods in God of War Ragnarök

Once you've arrived, you'll spot a Stag from the A Stag for all Seasons Favor nearby the entrance between the Wishing Well and the Jungle. Go to the bottom of the cavern to find the well. You'll need to destroy the three orange crystals surrounding the well (and get more Crystalline Shards and Fragments), then stand on the white platform with a swirl design. Mimir will talk you through interacting with the Wishing Well by pressing O. Throwing the Crystalline Shards and Fragments into the Wishing Well will reward you with armor, enchantments, weapon handles, crafting resources, and hacksilver.