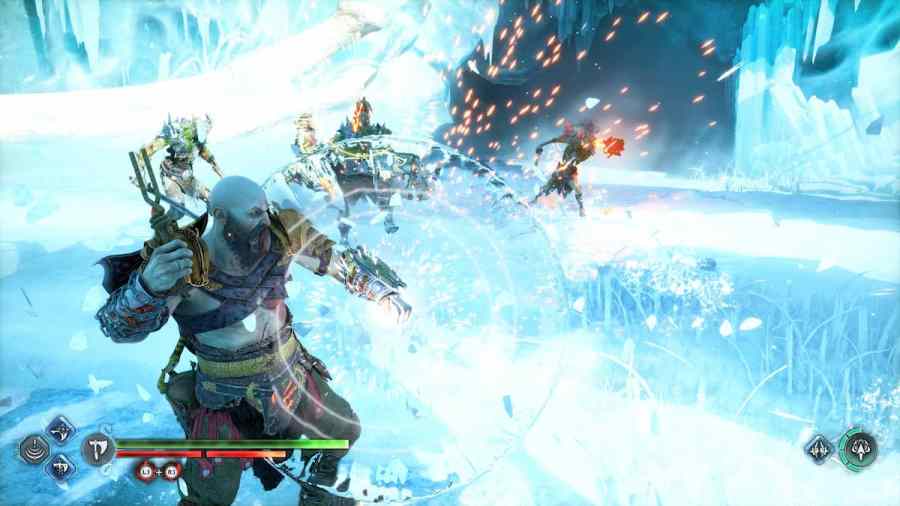 God of War is an action game with a surprisingly rich selection of weapons, armor, and items. During your playthrough, your inventory will be full of special equipment, forcing you to make tough choices. One of the most important items are relics that give you significant bonuses. While your choice of relic can depend on the best weapon and armor synergy, some are better than others. Here are the best relics in God of War Ragnarok that will make your life easier.

5 - Hilt Of Hrotti Relic in God of War

Hilt of Hrotti marks nearby enemies allowing you to reduce the Runic Cooldowns of the equipped weapon by attacking them. On top of that, when you kill a marked enemy, you'll receive a Blessing of Runic. You must defeat Vali the Oath Guard in Vanaheim, to get the Hilt of Hrotti relic in God of War: Ragnarok.

In GoW: Ragnarok, scattered trolls must be brought to life throughout the realms. You can only do that by using the Mystical Heirloom relic. This makes Heirlooms a vital relic to equip in the mid to late game. To get Mystical Heirloom in God of War: Ragnarok, you must first obtain a Draupnir Spear which you'll use to break the ice wall in Lake of Nine (Midgard).

3 - Hilt Of Skofnung Relic in God of War

Related: How to unlock Enchantment perks in God of War Ragnarok

Hilt of Skofnung is one of the most powerful relics in God of War: Ragnarok. It contains the strength of 12 King's bodyguards, which you unleash on enemies around you. They're magic swords flying around destroying enemies. To get Hilt of Skofnung in GoW: Ragnarok, you must defeat 12 protectors near Berserker Gravestones. Only then can you defeat Hrolf boss in King's Grave (Midgard).

Motsognir's Call is a valuable relic in God of War: Ragnarok, as it stuns enemies around you. This way, some difficult battles can become much easier, especially when many enemies are coming at you. Head to the Aesir Prison Wreckage in Niflheim to obtain Motsognir's Call in GoW: Ragnarok.

1 - Hilt of Hofud Relic in God of War

Hilt of Hofud is our favorite relic in GoW: Ragnarok, as it gives a bullet-time effect. Well, here it's called Realm Shift, but we all know that means Max-Payne-like action for our good old Kratos! Like Motsognir's Call, it gives you the edge against especially hard opponents. You must defeat Heimdall in the main quest to get Hilt of Hofud in God of War: Ragnarok.

Wondering how to become unstoppable in God of War? Check out the Hardest Bosses in God of War Ragnarok here on Pro Game Guides.