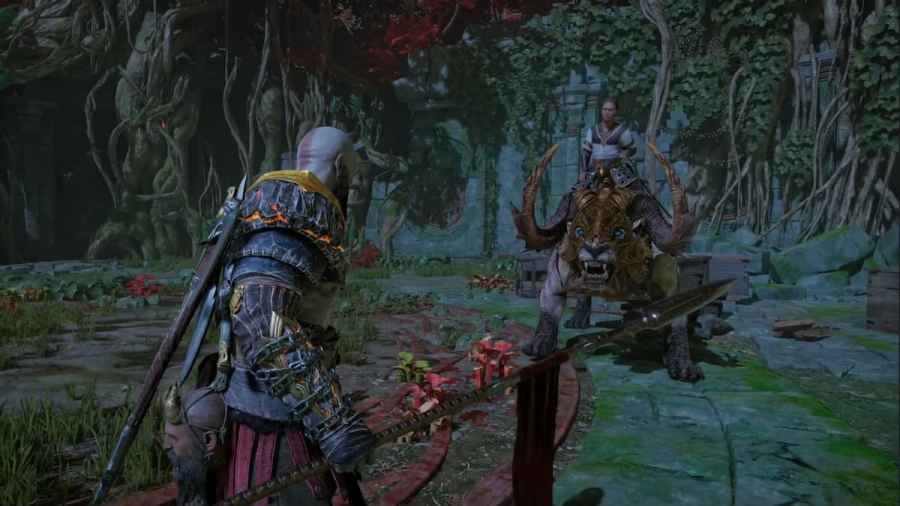 If there's one fight that is a long time coming but is so satisfying by the time it comes you don't mind you had to wait so long, it's Heimdall. Despite not wanting to wage war against the Norse pantheon, Kratos finds himself on a quest to wipe them all out in God of War Ragnarök. Honestly, of all the awful deities that occupy Asgard, Heimdall is by far the worst. Here's how to take him down a peg.

Tips for defeating Heimdall in God of War Ragnarök - Vanaheim

The first phase has Kratos squaring off against the all-seeing god atop his mount, Gulltoppr. This is about as straightforward as this fight will get. Lay into the beast with all of your Runic Attacks and Spartan Rage. Gulltoppr will cast an AoE Bifröst attack that has some decent range. Otherwise, he will lunge at Kratos with an unblockable attack every so often. Dodge that and counter literally everything else to put this war cat in the grave.

Related: How to beat Garm in God of War Ragnarök

Heimdall is tricky. Players will need to use the Draupnir Spear here. You can try the Leviathan Axe and Blades of Chaos, but you won't get a hit in. The answer is to throw Draupnir near Heimdall's feet and explode it when he gets close enough.

Heimdall will telegraph an unblockable attack when he says, "slow down." We found that hopping backward was sufficient enough to avoid it. About halfway into his health, Heimdall will put a shield on, indicated by the braid covering his health bar. Keep up your assault with Draupnir to remove it and keep whittling away at his health bar.

Heimdall makes use of Bifröst attacks throughout this entire fight. So, when Kratos blows off the jerk's arm, it's not surprising that he grows another made entirely of the stuff. This phase is much like the second, except that Heimdall is all kinds of fast and furious. Fortunately, that makes him vulnerable to the other weapons in Kratos' arsenal. Avoid his many unblockable attacks, dodge the flying rocks, and tear into him with your own special attacks and revel in putting this punk down.

For more God of War goodies, check out Who is The Lady in God of War Ragnarök? on Pro Game Guides.

How to beat Heimdall in God of War Ragnarök