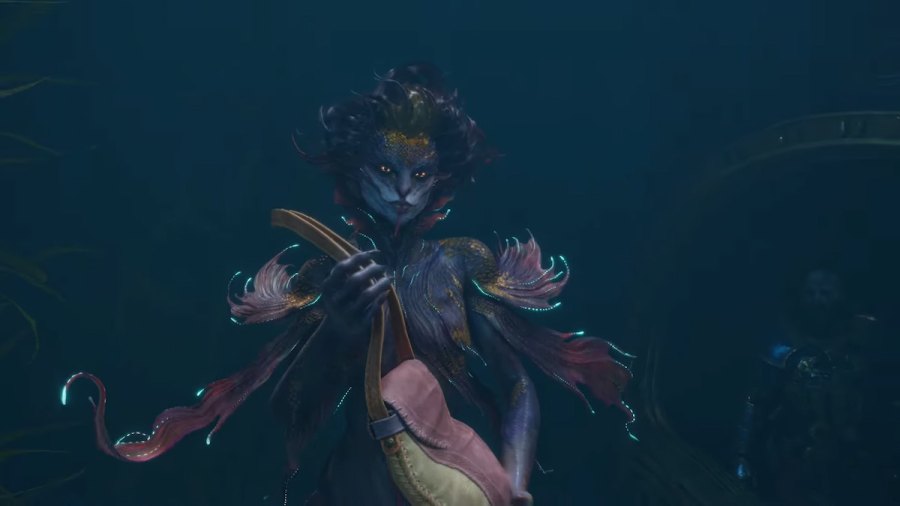 A little over halfway through God of War Ragnarök, Kratos needs to devise a way to take down a particularly troublesome foe. Fortunately, he has the likes of Brok, the blacksmithing genius, backing him up. Ol' Brok has a plan involving visiting the mysterious Lady of the Forge. But just who is this all-important and mysterious character?

The Lady of the Forge - God of War Ragnarök Lore

The Lady of the Forge is a mermaid that resides in the realm of Svartalfheim. She is revered by the dwarves and smithies for her crafting prowess, almost like a deity. By gathering offerings for her, patrons can visit her underwater lair and request that she crafts items of great power. This aquatic entity communes with the soul of an individual, speaking to its very core.

Related: Should you upgrade Mardöll or Thrungva in God of War Ragnarök?

The Lady of the Forge is responsible for crafting the Draupnir spear for Kratos. Draupnir was originally crafted by the dwarven brothers Brok and Sindri for Odin. The magical ring would multiply itself eight times on every ninth night. Odin ultimately didn't care for the gift, so it was stolen back by the brothers.

When the God of War is fated to fight the dastardly Heimdall, Brok comes up with the ingenious idea to craft a weapon that will overwhelm the all-seeing god's senses, giving Kratos a fair chance to take him down. But it's during the visit to the Lady of the Forge that Brok realizes he is missing part of his soul from when Sindri brought him back from the dead. It's a powerful moment in an epic tale of equally powerful moments.

For more God of War goodies, check out How to get all Blades of Chaos Heavy Runic Attacks in God of War Ragnarök on Pro Game Guides.

Who is The Lady in God of War Ragnarök?