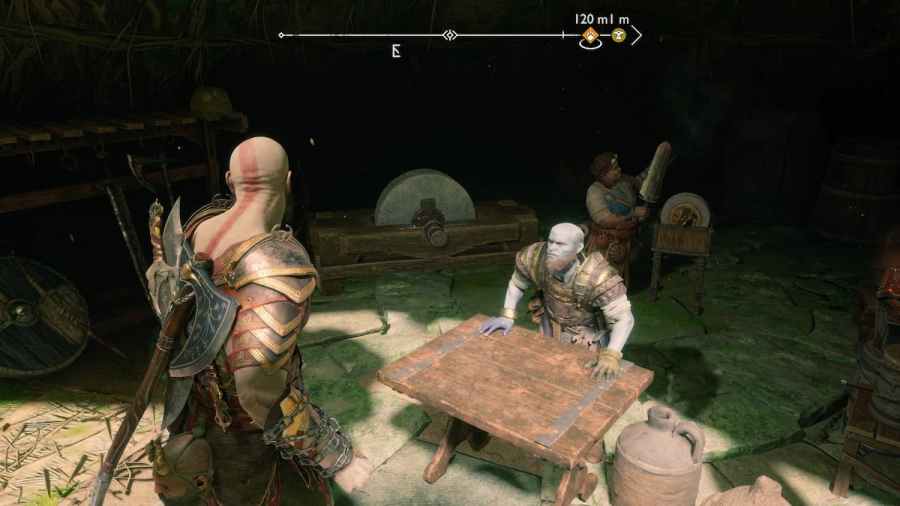 The characters of God of War Ragnarök can, at times, have fiery and feisty relationships with one another. It's a game centered around family dynamics, after all. However, two characters that don't share a family bond, Brok and Mimir, do share a love of riddles. They test each other throughout the game. One riddle that Brok poses to Mimir stumps him, though: 'What gets bigger the more gets taken away?' Here is the answer.

Related: How did Kratos get to Midgard in God of War?

Riddle answer: What gets bigger the more gets taken away in God of War Ragnarök

The answer is: A hole. It takes Mimir, our favorite headless Norse God of knowledge and wisdom, several guesses to figure out this answer. He initially guesses many other abstract answers, such as appetite, desire, and love. It shouldn't be surprising that the answer is tricky, given that the riddle came from a noted prankster like Brok. Mimir cannot solve the riddle until near the end of the game. So, if you are having difficulty answering this riddle, don't worry. So did the smartest god in the nine realms.