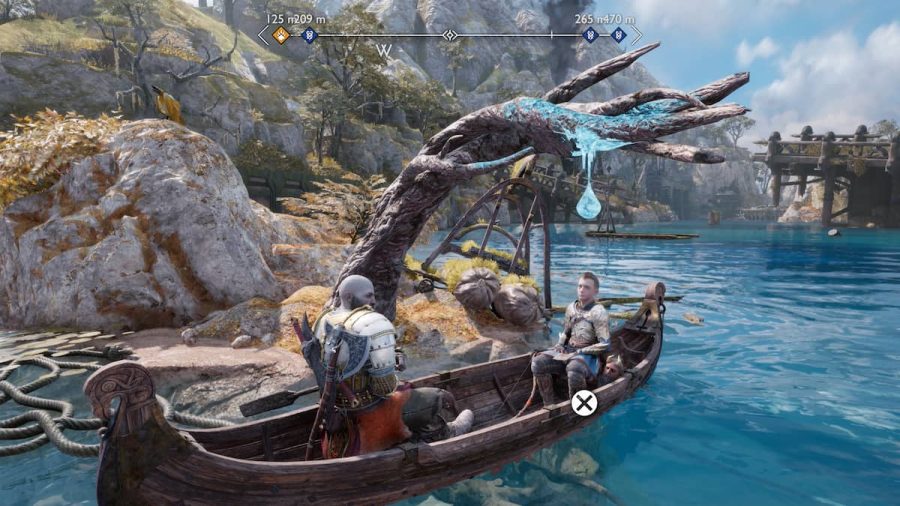 God of War Ragnarök is full of collectibles that amply reward you for finding them. One of these collectibles is called Yggdrasil's Dew. They are thankfully not too difficult to find but do provide a generous reward when found. If you're having difficulty finding them, we've got you covered.

All Yggdrasil's Dew Locations in Svartalfheim in God of War Ragnarök

Yggdrasil's Dews are all located on the water, so you'll need to find them while rowing. Position yourself underneath them, then press X to gather them. Collecting Yggdasil's Dews will reward you with permanent increases to your stats.

You can find this Yggdrasil Dew drop just after entering Svartalfheim halfway through the Aurvangar Wetlands. Refer to the map above for its exact location.

If you leave Nidvellir and sail to the right, towards your first Favor, In Service of Asgard, you'll find this Yggdrasil Dew drop. Refer to the map above for its exact location.

Related: What rewards do you get from Favors (side missions) in God of War Ragnarök?

If you sail north from Nidavellir and turn to the left, towards your main quest goal, row past the building into the outlet. You'll find the Yggdrasil Dew at the end.

Yggdrasil's Dew in the Bay of Bounty

You'll have to sail a little way off the beaten path beyond Radsvinn's Rig and Alberich Island for this Yggdrasil Dew drop. Refer to the map above for its exact location.