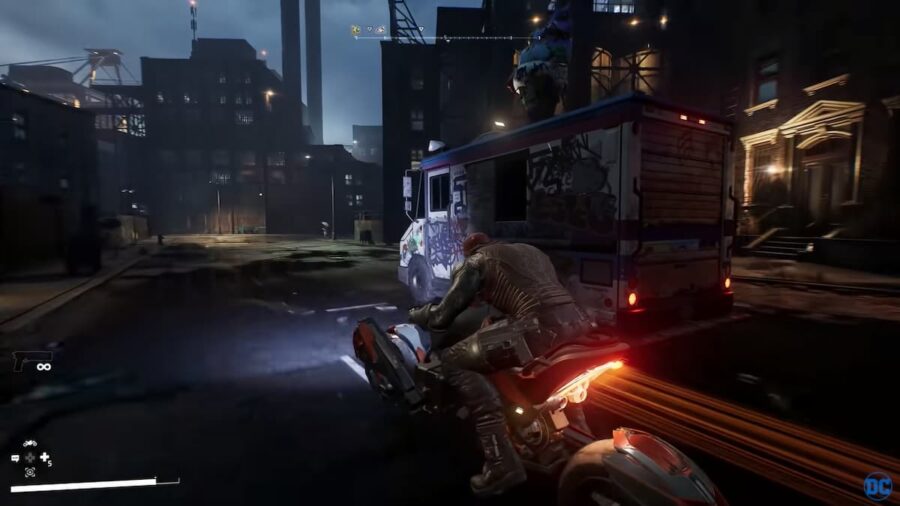 Gotham Knights looks like it will be even more alive than the Arkham games, as it introduces civilians. During a Developer Q&A on the official Discord for Gotham Knights, creative director Patrick Redding and executive producer Fleur Marty explained how alive Gotham is.

How alive is Gotham in Gotham Knights?

The players will only be able to interact with Gotham at night, and each district has its own set of residents. Some neighborhoods have a more cosmopolitan nightlife, while others are more industrial and bleak. Along with different kinds of traffic, there will be pedestrians entering and leaving train stations, as well as city workers on the night shift.

Related: Gotham Knights no longer releasing on PS4 and Xbox One

There is crime everywhere, affecting many civilians, and the civilians will have opinions about each Knight and their vigilante activities. At 4:24 in the Gotham Knights Gameplay Demo, two civilians comment on Red Hood. A female civilian tells Red Hood that he's her favorite, while a male NPC sounds flabbergasted to see him.

Can you run over civilians in Gotham Knights?

Anyone who tries to attack or assault a civilian with a deadly weapon (vehicle) is out of luck. In Gotham, every civilian has great reflexes for diving and avoiding oncoming traffic, both from heroes and villains. Thus, civilians will dodge you every time you attempt to maim them.

Can you interact with civilians in Gotham Knights?