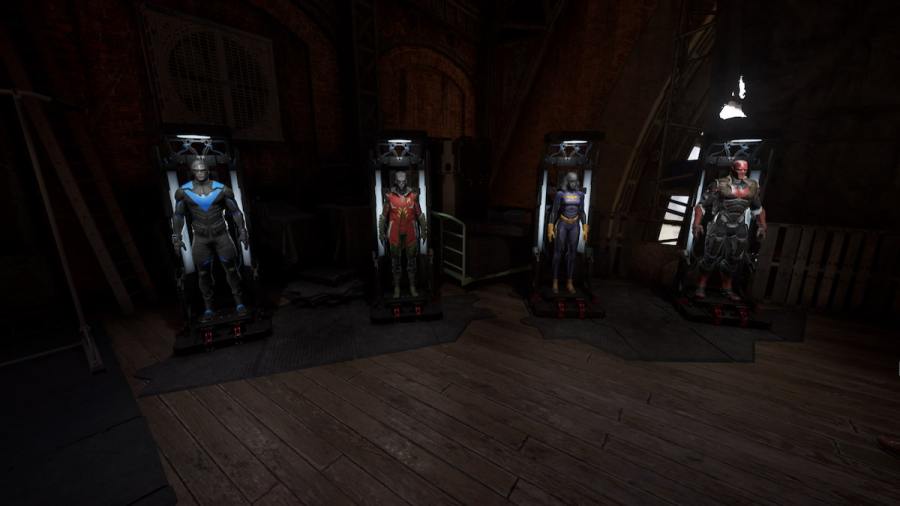 Playing Gotham Knights but curious if you'll get to see the Dark Knight's greatest foe and rival? Well, we've got good news and bad news. Here's what we know about the Joker in Gotham Knights.

Where is the Joker in Gotham Knights?

The truth is: the Joker isn't in Gotham Knights, but his influence can be witnessed as you play through the game. As opposed to Rocksteady's Arkham series, the Joker is in fact still alive in the Gotham Knights verse. However, according to Robin, the Joker has left Gotham after his iconic encounter with Jason Todd, resulting in Todd losing his life. This is just one of several subtle references to the Joker that are riddled throughout Gotham Knights.

Related: How to get Promethium in Gotham Knights

Though not directly related to the Joker, when you first come across Harley Quinn in the story, you are shown Harley's pseudo-rehab in progress. You see her behind bars, but she's set up the place to her liking and is even doing intelligence work of some sort. There are even nods toward her working for a secret special government unit, the Suicide Squad. The Squad is never name-dropped directly, though.

A Gotham without the Joker?

While it's true that Joker never makes an appearance, many of the Dark Knight's most famous friends and foes are present within Gotham Knights. While he will be missed, perhaps we'll get to see him in all his insane glory in a potential sequel.

Is the Joker in Gotham Knights?