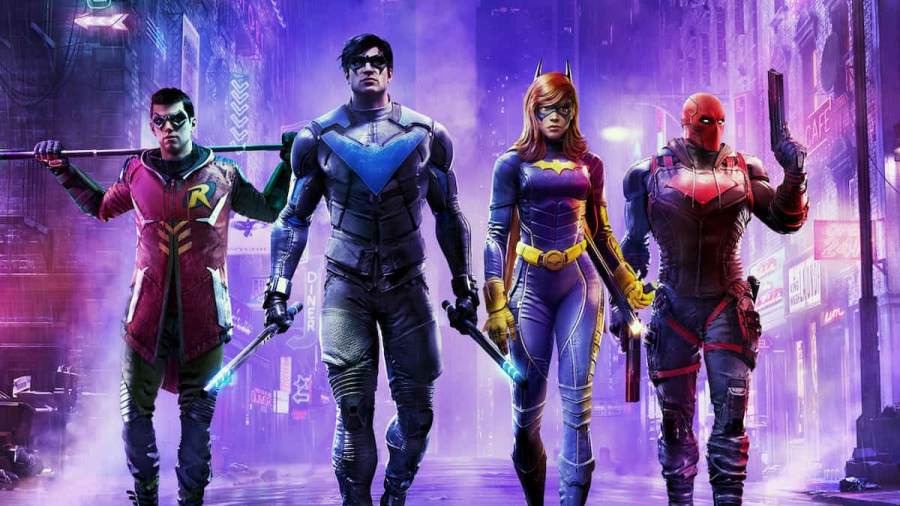 Gotham Knights has finally released and brings with it a fresh take on Gotham City's protectors. Rather than the Dark Knight taking the limelight, Batman takes a backseat role as players control his proteges—Batgirl, Nightwing, Robin, and Red Hood—as they struggle to fill the shoes that Batman's absence has left in Gotham.

Unfortunately, Gotham Knights joins the roster of modern games that just miss the mark. There is a lot of potential for a game set in Gotham City to focus on heroes other than Batman, but Gotham Knights does not do the bat family proper justice.

Combat is one area where I have relatively few complaints. The game is clearly inspired by the combat mechanics featured in the Arkham games, but it brings a fresh take on the style with the skills and abilities of the bat family. Each playable character has a distinct feeling when in combat, from Nightwing's quick and flighty hits to Batgirl's clobbering punches. All of the characters let their personality show in how they choose to take down enemies.

The downside to Gotham Knights' combat is that the skill trees for each of the characters don't feel like they have much of an impact. I didn't feel any more powerful at the end of the game as I did at the start. The abilities that I chose to unlock gave me more options in how to take down enemies, but they didn't make fighting them any easier overall.

It's difficult to talk about how disappointing the narrative of Gotham Knights is without giving away too much. A game about Gotham City's vigilantes operating without the support of Batman can go in a lot of directions. Watching the bat family struggle with the loss of their mentor and friend puts a lot of weight on the motives and intentions that they have in solving the mystery of his death, but Gotham Knights manages to squander any meaning behind the emotional conflict that the characters face. The game's story itself makes the presence of the Gotham Knights almost irrelevant and plays on predictable tropes that leave a bad taste in the mouth after playing through the game from start to finish.

Related: How to get Programmable Nanocapsules in Gotham Knights

The visuals of Gotham Knights versus the performance creates one of the more conflicting and heartbreaking aspects of the game. While players, sadly, only get to experience Gotham City at night, as is customary for games set in the Batman universe, the detail and life that this version of Gotham City has is impressive. This is by far my favorite rendition of the fictional city, as it gives a real feeling that Gotham is a living, breathing locale, filled with citizens that have lives, jobs, and families. It gives the actions and heroics of the bat family much more meaning and impact.

With all of these positives, the visuals of the game would receive fantastic marks if it weren't for the performance. The sharp details and beautiful locations can't be truly appreciated due to the limited framerate and poor optimization. The game runs at a solid 30 FPS on Xbox Series X, a disappointing enough situation, but this is worsened by a lack of performance options in the game's settings. This is a huge miss on the developer's part, as the game really could have been a standout title that showed off what next-gen-only releases are capable of.

There is a solid foundation with Gotham Knights' day/night mechanics, but the execution doesn't quite hit. The bat family operates from the Belfry during the day, investigating and brainstorming potential leads to the many crimes that plague Gotham City, and they take to the streets at night. Returning to the Belfry provides players an opportunity to reset, assess the information gathered on their patrol, and plan out their next night of action.

This loop is a great concept and makes each night seem like a new adventure where players can build upon the work they've done previously. There's a real sense of progression, as the leads gathered on one night can usher the takedown of a major Gotham villain the next.

The issues lie in the repetitive nature of these nightly missions. Interrogating enemies of each faction is a requirement for players who want to get the most out of the game's side objectives, but there is little variation in the way this is done. Even when acting on the gathered leads, players are tasked with stopping premeditated crimes of Gotham's worst, but there are only a handful of different mission types to participate in. Heading out onto the streets only to complete the same objective gets boring after a while. With more variety, this could be a great way to progress the game, but it just isn't done well enough in Gotham Knights.

Players having the chance to control heroes other than Batman in a DC game set in Gotham was an exciting prospect, but unfortunately, this Gotham Knights didn't live up to its potential. With a messy performance at launch, repetitive gameplay, and a predictable narrative, Gotham Knights leaves a lot to be desired. This game is still worth a playthrough for fans of Batman, but expectations should be lowered before setting foot in Gotham City.

Interested in Gotham Knights and want to read more about the game? Check out the Gotham Knights page on Pro Game Guides for helpful guides and content!

Gotham Knights Review: A missed opportunity to bring new heroes into the spotlight