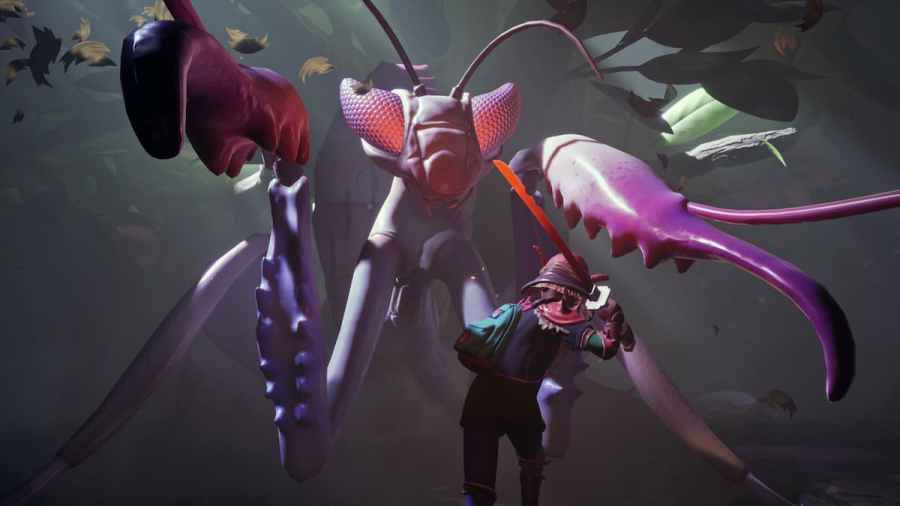 Antlions are one of the most dangerous creatures in the universe of Grounded. As the name suggests, Antlions are insects based on Earth-dwelling species of the same name. They are a formidable nuisance found mainly in the arid Sandbox region of the Backyard. There are two types of Antlion in Grounded: the regular and the burrowed Antlion. Each one has its own attack patterns that need to be tackled differently. So, if you are facing a rough time against these creatures, here is a complete guide on strategically eliminating them.

They are the common variant with 8 bars of health and have three types of attack patterns: the default pierce, out of the sand, and charge attack. The best way to defend their attacks is to use any good shields like the Black Ant shield and stand near its pincers. You can easily block both the default and charge types of attack. But, you will require some practice to defend against the sand attack as it's sudden, and the position of the Antlion may vary.

At the end of the day, defending will only help you survive. The best way to attack a regular Antlion is to strike at the Antlion's head using weapons like Salted Morning Star or Black Ant Sword three to four times right after defending an attack from close quarters. Repeat this cycle of attack and block till you take it down.

As the name suggests, they are burrowed in the same place and have 12 bars of health. Unlike the normal Antlion, it performs some unique attacks like hurling dead Black Ant Corpses and throwing sand toward the enemy depending upon the distance between the player and the Antlion. Irrespective of the type of attack, we recommend dodging the attacks rather than blocking, as it is dangerous to be near Burrowed Antlions. So, to accompany this strategy, use any long-range weapon like Crow Crossbow with salted arrows to evade and take down the burrowed Antlions.

General Tips and Tricks to kill Antlions in Grounded

For more on Grounded, check out How to get into the Hedge Lab in Grounded or All Armor and Armor Set Bonuses in Grounded on Pro Game Guides.

How to easily kill Antlions in Grounded – Antlion Weakness