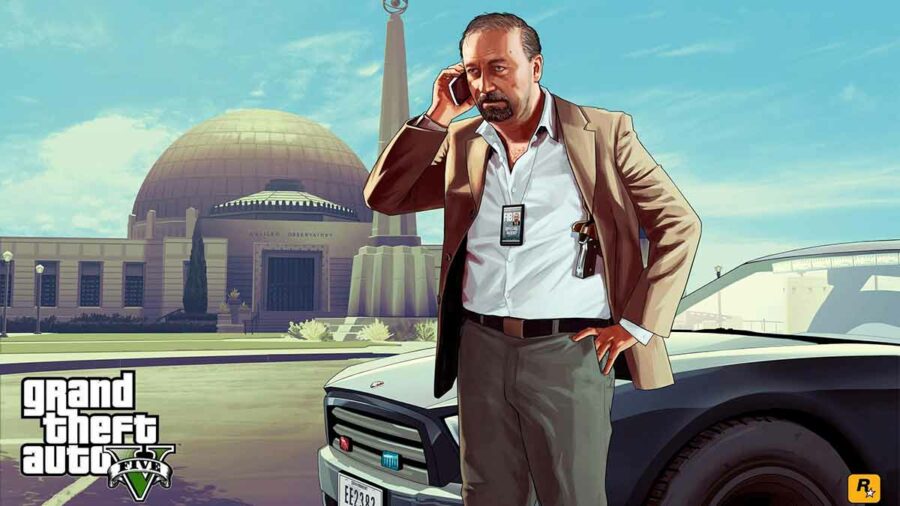 Shortly after midnight on September 18, 2022, someone decided enough was enough. Taking to the GTA forums and Reddit, a series of images and some footage of the hotly anticipated GTA 6 was leaked online.

The last official entry in the main series was Grand Theft Auto V, which was released in 2013, nearly a decade ago. Since then, it has been rereleased on nearly every platform available while there hasn't been much of anything official regarding the state of Grand Theft Auto 6.

The images and video show off two characters, Lucia and Jason. In one of the shots, a metro train is shown with "Vice City" emblazoned on it. Grand Theft Auto: Vice City was released in 2002 and featured a take on Miami that quickly became a fan favorite. The abundance of palm trees in two of these shots seems to confirm the location.

The video itself has both characters holding up a diner. Many of the NPCs are generic mannequins and it's interesting to see the text pop up and act as a narrator for what their actions are. After robbing both tills and a few patrons, the police show up, but don't offer much resistance as Lucia and Jason make off with the police cruiser.

This morning, Rockstar Games finally acknowledged the leak and confirmed its authenticity. The company reported that the leak resulted from a third party illegally accessing their systems and downloading early development footage. It would also appear that the claims the hacker obtained source code for GTA V and 6 are false. Rockstar Games doesn't anticipate any disruption to their live game services or any long-term effect on developing ongoing projects.