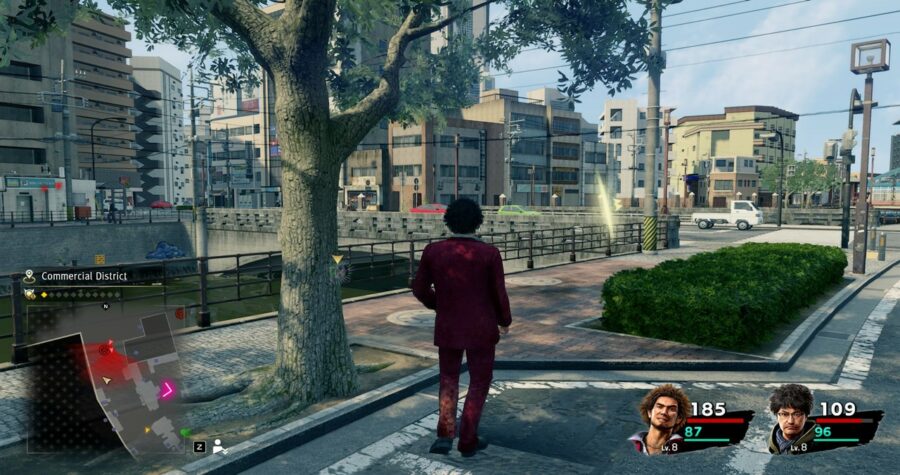 In Yakuza: Like A Dragon, there are numerous bugs that you can catch in the game; as to their purpose, it's unknown at first. However, you later learn that the bugs can be either sold or made into powerful gear. That said, if you keep reading, we will explain how to collect bugs in Yakuza: Like A Dragon. 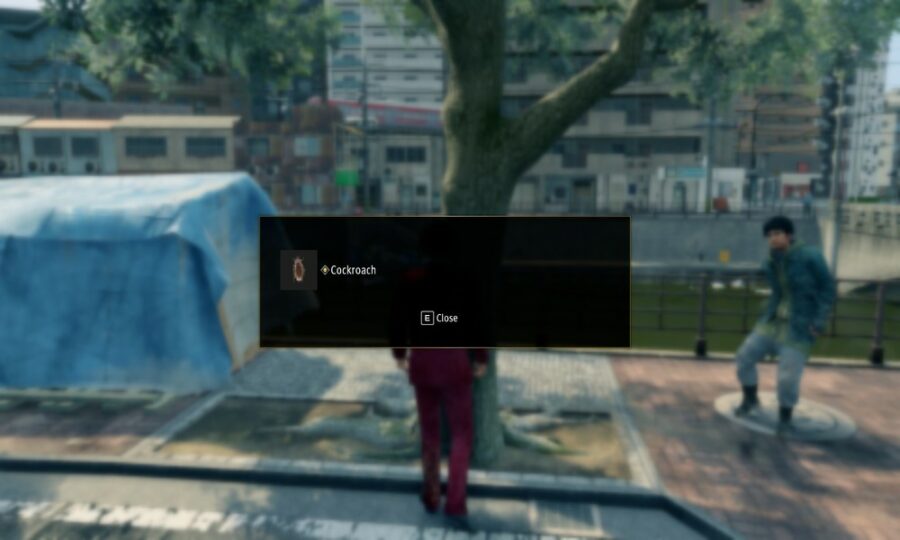 To catch bugs in Yakuza Like A Dragon, you must find the locations where they spawn, this being mostly on trees in various places in the game. The bugs will also start to spawn on trees as soon as Chapter 3, and right outside the Hobo encampment, you can find them on the trees along the river. You can tell if there is currently a bug on a tree if the said tree has a glowing white orb on it.

If it does have an orb, walk up to it and hit use on it; doing so will grab and pick up the bug for you. It is also worth noting that the kinds of bugs you get from these orbs are random, so if you want a silver or gold one, you will have to keep visiting these locations to farm the bugs.

You can also get some bugs as buyable items from the Ka-san with points earned from the can mini-game. Most of these bugs will cost 8k points but can be sold for some decent yen, such as the Scorpion.

What can you do with bugs in Yakuza: Like A Dragon? 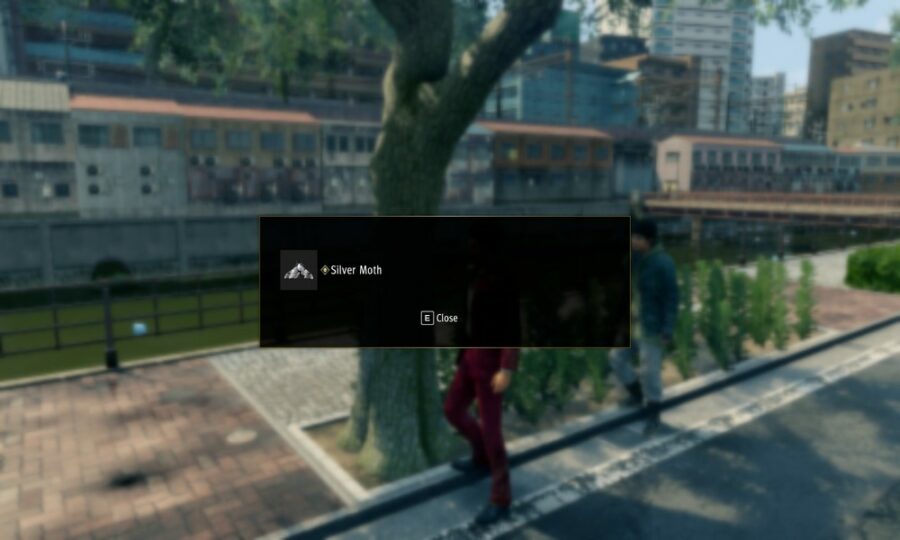 You will need these collectible bugs for Part-time hero deliveries after completing the "How to be a Part-time Hero" side quest. After this, you can start getting mini quests from the app, where you will need to collect specific kinds of bugs and bring them to a nearby NPC.

We recommend doing these deliveries as it is an easy way to make money in the game, alongside the other quests for Part-Time Hero. However, it would be worth saving these bugs for the Romance workshop instead. The reason being is some of the best gear that you can craft will require sliver and gold bugs.

How to farm bugs in Yakuza: Like A Dragon

To farm bugs in Yakuza: Like A Dragon, we recommend periodically visiting the following locations below and searching for trees or glowing orbs on the grass.

All of these locations are decent to farm bugs at, but the best out of all of them would be Hamakita Park and Yokohama Dungeon. The reason being that Hamakita Park is a large open area with a lot of trees and glowing orbs that sometimes appear in the grass. Because of this, we recommend going to this location first to farm bugs. Be warned, however, in Chapter 3, Hamakita Park is a high-level area, so be prepared to lose half your yen if Ichiban dies - to be safe, always store your money in an ATM!

That said, to farm bugs in Hamkita Park, as the bugs will constantly keep respawning as you hunt for other bugs, so you could easily spend ages just collecting bugs. Though the rarer spawns such as certain silver and gold bugs will take a while to find! The other best location is Yokohama Dungeon, and we recommend visiting it outside Ichi's apartment frequently, as some of the more rare bugs tend to spawn in the dungeon.

After this, that's everything we have for you regarding bugs. But before you go, be sure to check out some of the other excellent guides we have for Yakuza: Like A Dragon.