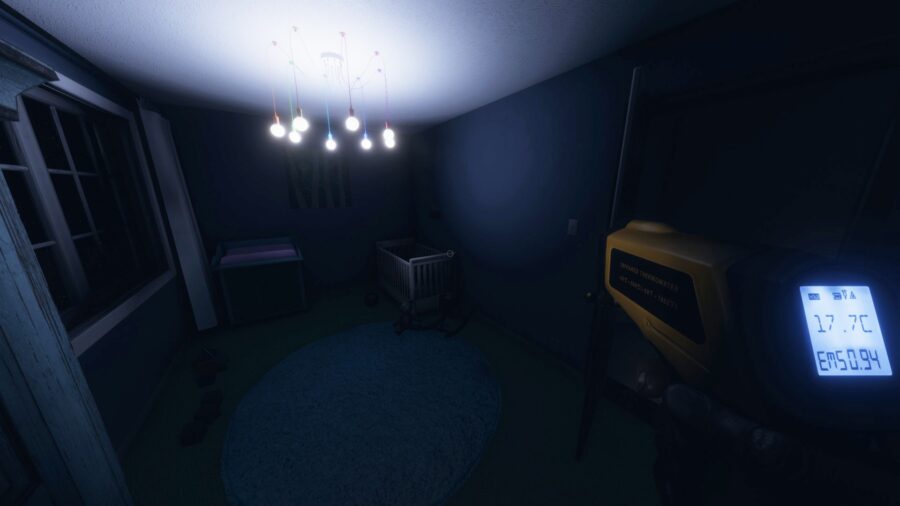 Because of the Exposition update, and Nightmare update a few of these difficulties have been tweaked to make the game harder.

On all difficulties a new addition has been added: A percentage of doors will now randomly start open depending on the difficulty.

On Amateur difficulty, cash rewards and experience gain are all normal. All players have a start-up phase on this difficulty, so for the first five minutes before the haunt, the ghost leaves you alone to your own devices. This means that you can set up all equipment needed in complete peace, with zero risks of dying. Sanity drain is normal, and Sanity Pills restore a lot of your sanity.

Ghost activity is pretty uncommon, so don't expect any crazy things to happen, but when it hunts, it lasts for 25 seconds, so make sure you hide in that time and wait it out. Upon death, 50 percent of lost items are returned to the players who have died.

Intermediate is unlocked when players reach level 10, and you get double the cash rewards and 1.5 experience gain. The start-up time still applies, but it's shortened to two minutes before the hunting phase beings, so you better know what you are doing. Sanity now drains at 1.5x, and Sanity Pills restores some of your sanity.

Ghost activity is common, so start getting used to seeing more paranormal activity, and the hunting phase is ten seconds longer, clocking in at 35 seconds.

You have fewer places to hide, and the fuse box will always be off by default. Those who have died will receive 25 percent of the value of items lost.

Professional is unlocked when players reach level 15. You get triple the cash wards and double all experience gained, but there is zero setup time. Meaning the ghost could go into the hunting phase not long after players have entered the house. Sanity drain is doubled so that players will be regularly heading back to the truck for a breather, and Sanity Pills restores little of your sanity.

Ghost activity will be frequent, so be on guard to be startled more times than not. The hunting phase lasts for 50 seconds, so grip those cupboard handles tight and don't utter a single sound. The Fuse Box will be off from the start, making that the first objective of the players. Also, the Objective Board will not inform you how the ghost responds, whether they prefer being alone or to everyone.

You have hardly any places to hide, and the ghost may chance its preferred haunting room. And finally, all those who have died will get zero percent of value of lost items back.

Nightmare difficultly was added in the Nightmare update and was made to challenge even the most hardcore of Phasmophobia players.

There is no setup time, and you have next to no warning before the hunting begins. If a player is killed during the hunting phase, the phase is extended—each kills extends it.

The fuse box is turned off by default, and there are almost no places to hide. None of the ghosts will reveal any type of evidence, and will sometimes change its room of haunting.

Sanity pills will hardly restore your sanity, and some of your monitoring equipment is damaged by paranormal activity.

For more Phasmophobia guides, Pro Game Guides has you covered!

Where do Cursed Possessions spawn in Phasmophobia?