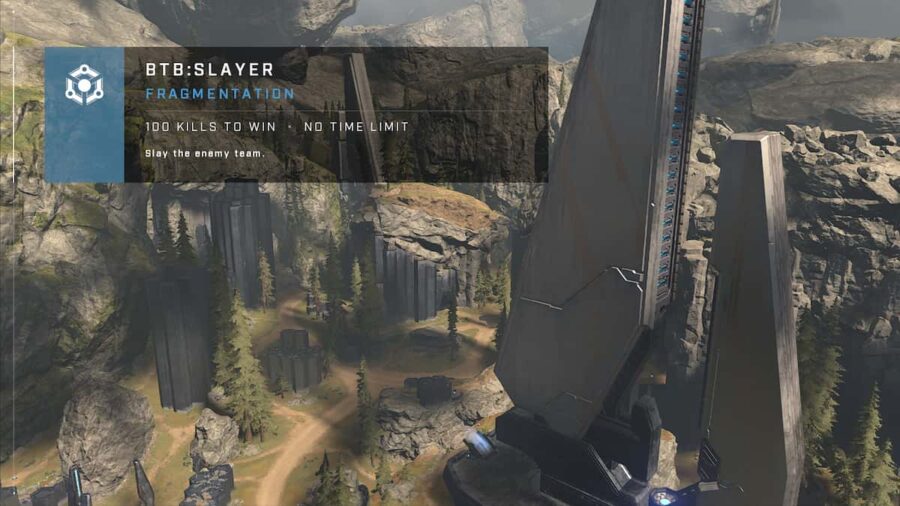 Gunplay is easily one of the most important aspects of any FPS. But for Halo, using the right weapons and knowing where to find them on any given map is essential to winning matches and overcoming any firefight. Here is a full guide on the best weapon spawn locations for the multiplayer map Fragmentation.

In this map, there are two main bases, the Canyon Base and the Cliff Base. These are the starting hubs for both teams when the match starts. There are 13 weapon spawn locations at each base. These areas should be your immediate spot to find stronger weapons like the BR, Commando, Bulldog Shotgun, Shock Rifle, Needler, and more.

There are four weapon spawns at the top level of each base, one at the bottom of each base ramp, three inside the base, and four more surrounding the base nearby.

In addition to the numerous weapon spawn locations, an important element to Big Team Battle maps like Fragmentation, is the continual weapon drops. These little care packages drop from the sky periodically, offering a variety of powerful weapons like Rocket Launchers, Gravity Hammers, Cindershots, Skewers, or Sniper Rifles.

There drop points are random across the map but easy to identify with the bright, pulsating, green light on top of the package.

In addition to these great locations, weapon spawn points can be found just about anywhere on the map, both high and low, and in the center or the outer edges. When it comes to Big Team Battle maps in Halo Infinite, there's no shortage of weapons to find.

For more Halo guides, check out How to fly a Wasp in Halo Infinite Multiplayer on Pro Game Guides!

Where are tanks in Halo Infinite Multiplayer? How to get Scorpions and Wraiths

All Weekly Ultimate Rewards in Halo Infinite – Current and Past

When does the Halo Infinite Multiplayer Forge Mode release?

How to invite others to your Fireteam in Halo Infinite Multiplayer