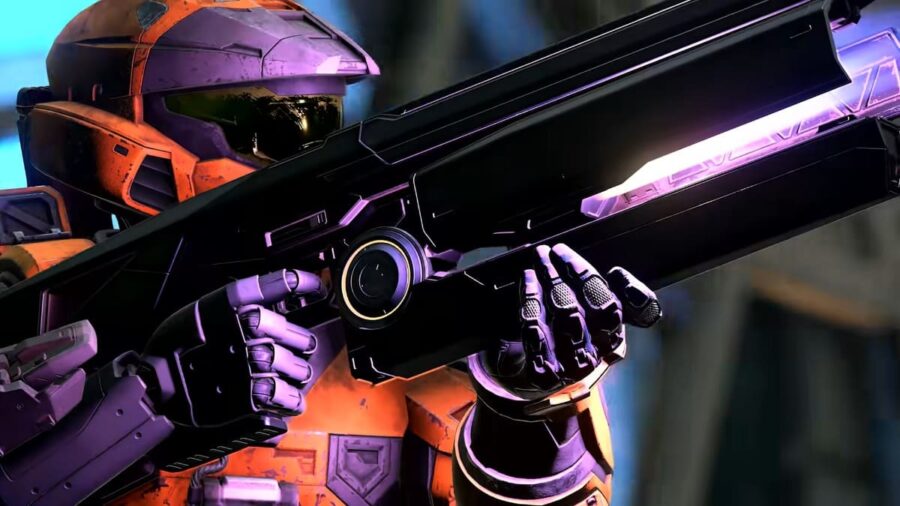 To earn the Peeker's Disadvantage achievement in Halo Infinite, players must "Back Smack," an enemy that zoomed in with a scoped in weapon in a matchmade game. Players can earn this achievement in any game mode, so long as it isn't private. We recommend playing the Arena maps in Quick Play, but this isn't mandatory. Choose your mode of preference before starting up matchmaking.

Related: How to kill enemies with a Shock Chain in Halo Infinite Multiplayer

Once in a multiplayer match, keep an eye out for players with a scoped weapon like the Battle Rifle, Sniper Rifle, Stalker Rifle, or Skewer, for example. If you spot an enemy with one of these weapons, stay quiet and remain undetected. Many players with these weapons will stand still when lining up a shot. Try to wait for your enemy to stand still and position yourself directly behind them. Melee the enemy from behind to initiate a "Back Smack" that will kill them instantly and unlock this achievement simultaneously if they zoomed in on their ranged weapon.

Fiesta Mode is an excellent game type to attempt this trophy, as all players spawn with random weapons the entire game. Some of your enemies are sure to spawn with a Sniper during the game. Keep an eye out for a long muzzle and bright light from a zoomed scope on your screen.

For more on Halo Infinite, visit some of our other guides, like All Weapon Spawn Locations on Launch Site in Halo Infinite Multiplayer here on Pro Game Guides.

How to destroy vehicles in Halo Infinite Multiplayer

How to add Xbox Players on PC in Halo Infinite Multiplayer

How to get the Watt Say You? Achievement in Halo Infinite