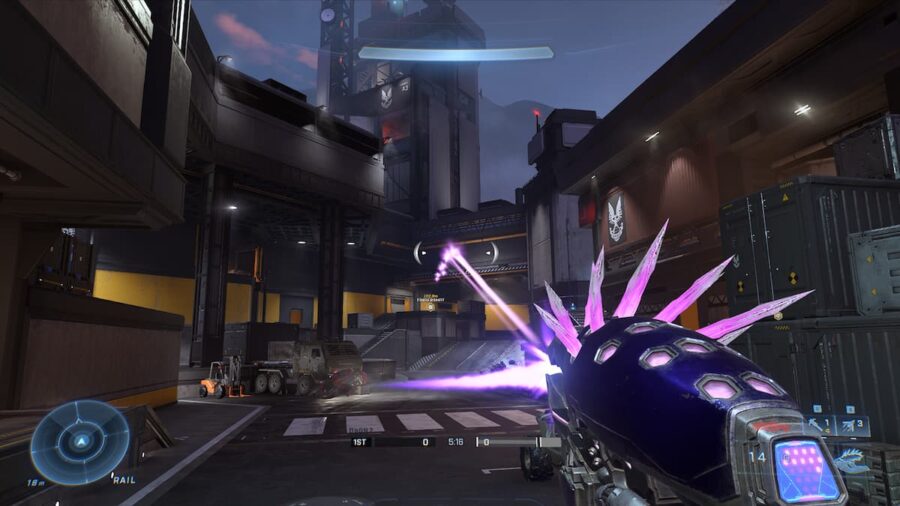 Halo Infinite has several Shock Weapons that players can choose from, but these can be difficult to control without practice. Shock weapons are unique in the Halo series, and they do not shoot bullets with conventional gun mechanics. Instead, it dishes out a chain of electric beams that simultaneously damage multiple opponents.

A shock chain can be described as a phenomenon that occurs only when you beam multiple enemies with shock weapons. For those familiar with the Halo franchise, closing off choke points with shock weapons is common. Ideally, the enemies are funneled into a tight angle, and the shots have to be precise to trigger a Shock Chain. Here's how players can trigger a Shock Chain in Halo Infinite.

The Threat Sensor is the best equipment to trigger a Shock Chain in Halo Infinite. Keep in mind that you will need shock weapons to execute this technique properly. Use weapons like the Shock Rifle or the Disruptor that creates an electric field around the opponents. After you have acquired the weapon, place it near a group of enemies or at a choke point near their spawn point.

The tactical equipment will reveal the number of enemies caught in its radius, and players can start shooting at the sensor to trigger a Shock Wave. This technique is quite common to close off specific entry points and spawn-trap the enemies. Players can also use the same method to clear out rooms and angles to create an entry for their teammates.

For more Halo information and guides, check out Will Halo Infinite Multiplayer be Free forever? on Pro Game Guides!

When does the Halo Infinite Campaign unlock in each region?

How to mute players in Halo Infinite Multiplayer

How to get the Watt Say You? Achievement in Halo Infinite

When does the Halo Infinite Multiplayer Forge Mode release?

All Weapon Spawn Locations on Deadlock in Halo Infinite Multiplayer