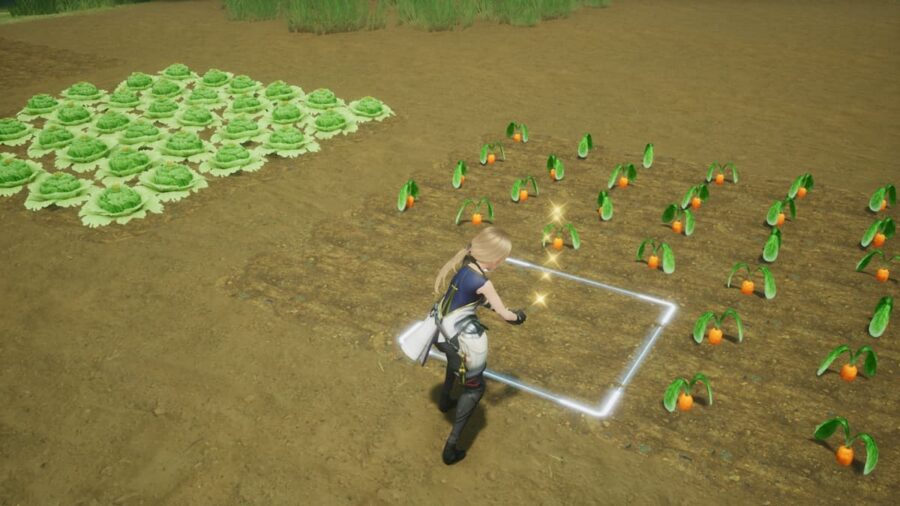 Harvestella is Square Enix's upcoming farming simulator meets JRPG and has been revealing more information as its launch day comes. This includes a sneak peek at some of the farming mechanics, including ingredients, recipes, and seasons.

The official Square Enix Twitter states, "Throughout the seasons of #Harvestella you'll be able to grow crops to harvest or use as cooking ingredients, and raise livestock." The tweet shows one crop, the Carrop, and a recipe called Lethe Hamburger and Egg that looks simply delicious.

The tweet also warns you about seasons, saying, "Be careful however, at the end of each season the Quietus will fall upon the planet, wilting anything you've not been able to harvest." This means you will need to plant and harvest your crops within the timeline of each season.

Learning various recipes is a great way to bolster yourself on your adventure and combat. Food dishes can provide HP boosts, temporary stat gains, and more. The better you become at farming and cooking, the more success you'll find in the wild.

For more information on gaming, check out Square Enix shows off party combat for Star Ocean The Divine Force and The DioField Chronicle Demo – Does progress carry over? on Pro Game Guides.