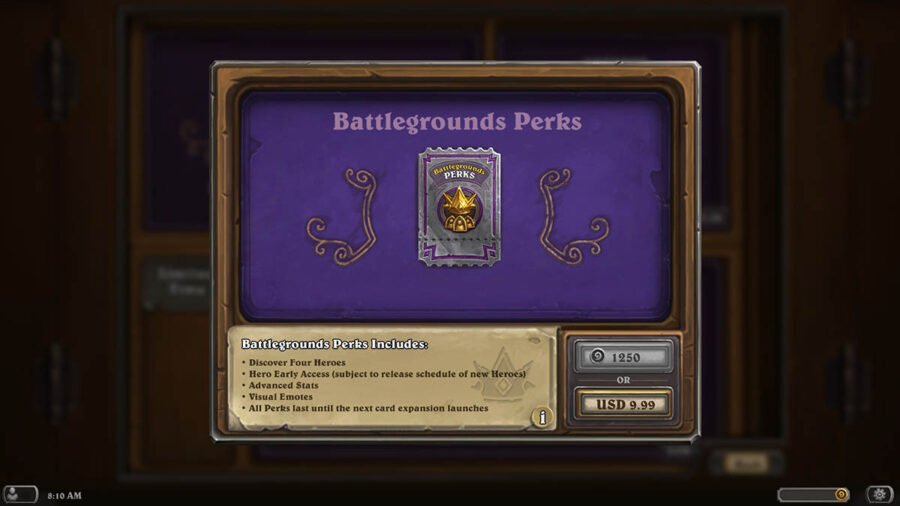 Hearthstone will release three new Heroes and three new Buddies for Battlegrounds shortly. The cards may be released on March 1 for everyone else, but a special group of players can access them early.

For those who buy Battlegrounds Perks, these Heroes and Buddies will be available on Feb. 15, since everyone who buys this gets Heroes two weeks early. You can find this service in the shop for 1250 Gold or $9.99.

Because these new Heroes are strong, especially Onyxia, this is a bit of a pay-to-win scenario. Even so, if you want two weeks of beating down opponents who don't have your advantage, it's worth every penny.

Related: All Hearthstone Battleground Buddies and their Heroes

As part of Battleground Perks, you'll also be able to choose from four characters at the beginning of a match instead of just two. Additionally, players receive emotes and advanced statistics, although many players claim they are not very advanced.

Battleground Perks is usually $14.99 or 1875 Gold, so this is a great deal. The Battleground Perks last until the next expansion when players have to buy them again. As a result, this has to be purchased every four months.

Interested in the new changes in Hearthstone? Check out Will Hearthstone be an Xbox exclusive? or Everything we know about Onyxia’s Lair Mini-Set in Hearthstone here on Pro Game Guides.

How to get the Onyxia’s Lair Hearthstone Battlegrounds heroes early