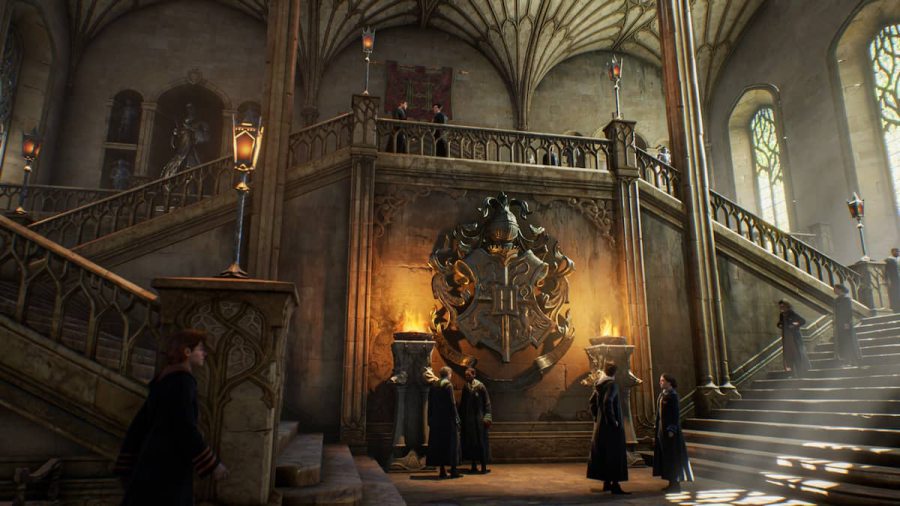 As Hogwarts Legacy looms large on the horizon, many are still wondering what the tone of the game will be. The Wizarding World exists in shades of gray with brilliant bursts of light characters and equally dark characters. However, in those gray areas, "good" characters can use the Dark Arts. Should this carry over into a title focusing on school-age children? Should murder be an option for players? Let's talk about it.

In the Wizarding World, there isn't so much of a Dark Side or Light Side that we're used to, like in something like Star Wars. There is, however, a set of spells known as the Dark Arts. These are traditionally spells or acts that would harm, control, or even outright kill living beings. These actions range from brewing dark potions to breeding dark creatures to using the forbidden Unforgivable Curses.

The point I'm trying to make with this is that there are serious repercussions to practicing the Dark Arts, and they aren't something that school-age children would be practicing. Using these spells also requires serious intent to harm or kill the intended victim. That requires serious discipline that, arguably, many children lack.

So, speaking from a lore perspective, if it were something the developers wanted to add, it wouldn't make sense to have children in middle or high school using the Dark Arts with any sort of ease. Sure, you had Tom Riddle, but he practiced for years and mostly in secret. You can't reasonably expect to be popping off spells like the Cruciatus Curse right before attending potions class.

Related: Who is George Osric in Hogwarts Legacy?

The Paragon and the Renegade

When I think of immersive RPGs where choice comes into play, I think of titles like Knights of the Old Republic, Fable, and Mass Effect. Each had a morality system where players could lean into being the good or bad guy. These would affect their appearance, the actions available to them, and how the world perceived them.

While it would be interesting to have a sort of morality system in place, I don't think a game centered around Hogwarts is the place for it. If it were a story revolving around more mature wizards and witches out in the larger world, then absolutely. Let me make a character and see them become disfigured due to my abuse of the Dark Arts. Alternatively, let me prepare protection spells against the Dark Arts and use my magic to help NPCs.

However, and this is the crux of it, these are school-age children. They don't have a grasp on their own identities, let alone the ability to pursue a path that will rigorously test their morality. So no, I don't think using the Dark Arts should be available to the player regularly. If anything, it could be attempted in a pivotal scene with serious repercussions.

The bigger question isn't whether children wizards and witches be using the Dark Arts, but instead, should children players? Sure, many players will be adults, but a multitude of kids will also play the game. It's a touchy subject involving parents and guardians being educated and involved in their youngsters' gametime. It's why the ESRB was founded and why game ratings are a thing.

As a father to a younger child, I don't want him playing things with a darker tone, egregious violence, or straight-up murder. He's a kid and shouldn't have to see that kind of stuff. The world is a rough, dark place already. There's no point in taking away that innocence early.

That's where Hogwarts Legacy falls into a weird spot. Who is the intended audience? It would appear to be teenagers as the protagonists are roughly that age. However, a large adult audience is more than likely to latch onto the title. The first Harry Potter book was released in 1997, and the first movie hit theaters in 2001. The bulk of that initial audience is now in their late 20s to early 40s.

While adults would be able to handle the darker themes and enjoy a moral conflict, it's something that would be too much for children. So again, Hogwarts Legacy isn't the title for darker themes and murder. Will there ever be a Wizarding World title that is definitely geared toward adults? That's unlikely as the publishers stand to make more money if there's a broader appeal. It's the unfortunate nature of the beast.

This is where Batman swoops in to save the day. It's a fine line to walk. The Wizarding World definitely has a dark side to it, and Hogwarts Legacy will incorporate some of those themes. There are going to be wizards and witches that practice the Dark Arts that our player will come into opposition with. It's the framing that allows the combat and on-screen violence to work.

In Star Wars, the reason that Stormtroopers wear helmets is to turn them into faceless enemies. It hits differently when droves of the identical foe are cut down with a lightsaber instead of unique people with human faces. With Batman, it's why he either fights larger-than-life villains or nameless thugs in dark alleys. Neither register as real humans to the audience.

So, with dark witches and wizards, we can expect them to either be larger-than-life villains, non-humans, or mask-wearers like the Death Eaters. Regarding combat and on-screen violence, we can expect spells that disarm or incapacitate rather than those that cause serious harm or death. Batman doesn't kill humans. Neither will our character in Hogwarts Legacy.

The Wizarding World definitely walks a fine line between being child friendly and delving into darker themes. It's why the Harry Potter series started relatively light-hearted but grew darker as the characters got older. It's why Fantastic Beasts and Where to Find Them started as a fantastical story, only to be maligned by a darker story stealing the name.

I would love an adult Wizarding World title. I want to see the story go beyond the walls of Hogwarts. I believe there is so much untapped potential being held down by the greed of studios. I have no idea if Hogwarts Legacy will be good or bad. It's had a tumultuous start thanks to the larger world's creator and their controversial opinions. What I know is that it's not a game where children playing children should be murdering digital adversaries with forbidden magic.

You shouldn’t kill other wizards in Hogwarts Legacy