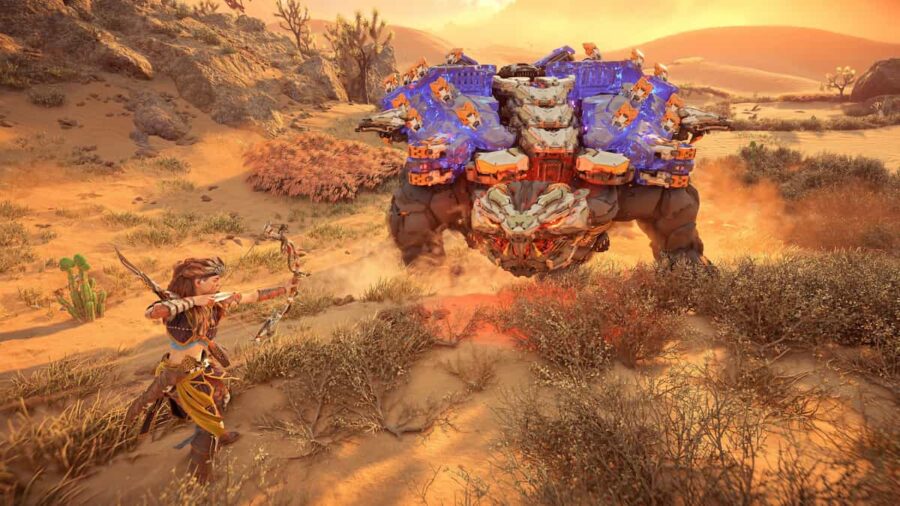 Shellsnappers are extremely dangerous machines in Horizon Forbidden West. They have a complex body filled with intricate armored pieces. This can both hinder players and give them an advantage, as there are plenty of places to hit on the Shellsnapper that can cause devastating damage to the machine.

Shellsnappers pose the most threat to players in their massive attacks. They have surprisingly fast movement for a turtle-like machine and use their body parts to launch elemental attacks at players. If these are taken off, players will have a much easy time fighting these machines. Their Frost Blaster and Plasma Generator will both disable dangerous attacks when removed in battle, and it is a good idea to do this early on in the fight.

Players can attack machines with different kinds of elemental attacks. Elemental attacks in the game include Fire, Shock, Frost, Plasma, Purgewater, and Acid. The Shellsnapper will be weak to damage from Acid and Fire attacks. They will be strong against damage from Frost and Plasma attacks. Exploiting their weakness to Fire and Acid damage is a must for players facing this machine in battle.

Machines in Horizon Forbidden West will drop different loot items, with many being specific to each kind of machine. Some can be looted from a fallen machine, while others will need to be removed (shot off with an arrow or removes with a hit from the spear) while the machine is still alive. The Shellsnapper will drop a long list of loot items:

*Loot items marked with an asterisk are exclusively dropped from the Shellsnapper machine.

In Horizon Forbidden West, Cauldrons allow players to override the machines within that Cauldron once they have completed it. Completing a Cauldron usually means traversing through its dungeon-like corridors and facing off against a boss at the end. The Shellsnapper is a part of the CHI Overrides Cauldron.

How to defeat Shellsnappers in Horizon Forbidden West?