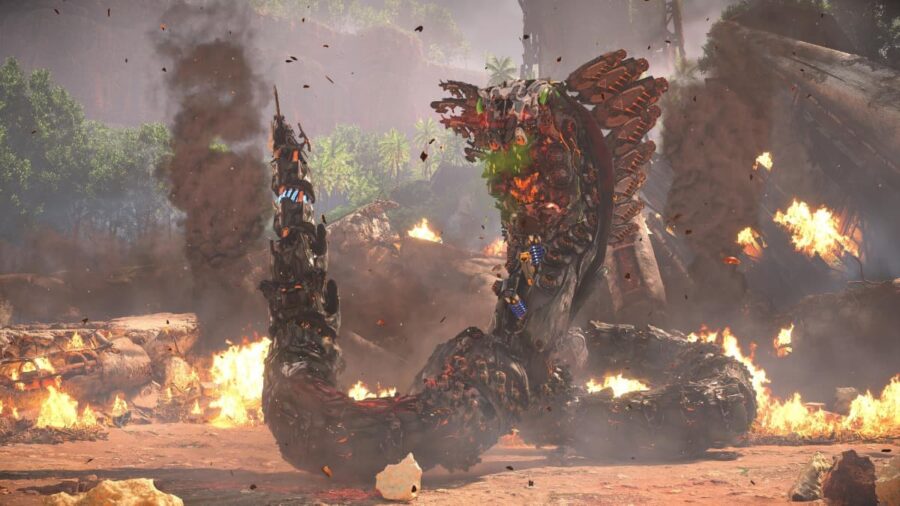 Horizon Forbidden West offers a slew of new mechanical creatures for Aloy to defeat on her trek through what was once North America. Some of the creatures Aloy encounters will look familiar, while others are entirely new adversaries like the Slitherfang. This giant snake-like machine uses venom and powerful lunging attacks when fighting Aloy and serves as the first substantial challenge for the young adventurer.

Related: How to change the time of day in Horizon Forbidden West

Aim for the purple canisters

Once you've dealt enough damage, the purple canisters will fall off, causing a series of blue canisters to activate on the Slitherfang's lower torso. Aim for these areas and use your blast sling with Frost ammo to inflict Brittle for increased damage across the entire beast.

Keep an eye out for components that fall from the Sliterfang, as some of its offensive pieces may fall. Pick these up and use them against the Slitherfang if possible, as they deal substantial damage.

For more on Horizon Forbidden West, be sure to check out some of our other articles here on Pro Game Guides.

How to defeat the Slitherfang in Horizon Forbidden West