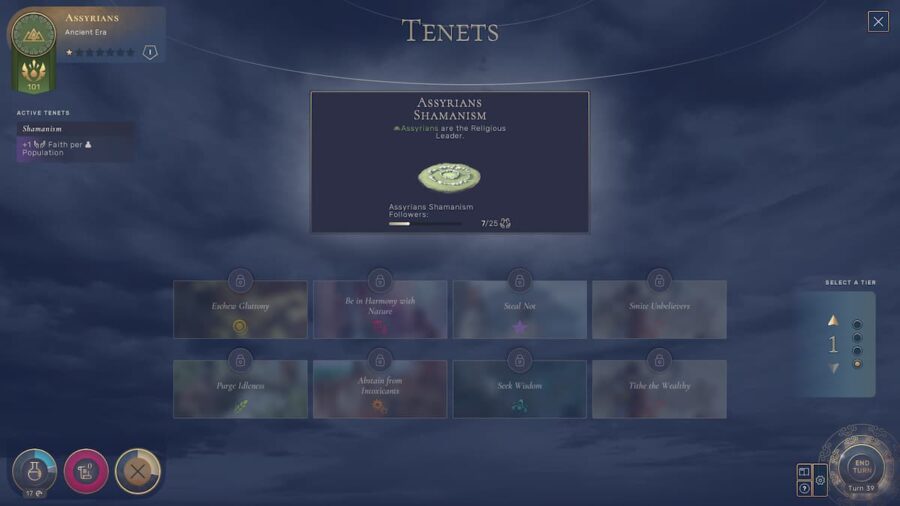 There are many things to consider when building an empire in Humankind. One of these things is religion and it can play a large role in your empire as well as how other empires will perceive you. One way to influence your empire's religion is to enact Tenets.

Once the player reaches the Ancient Era, they will be asked what type of religion their empire has. This is either Polytheism or Shamanism. From there, they will be able to build a religious following, or faith, and enact Tenets. They can also erect Holy Sites. Some Wonders can also act as Holy Sites.

Related: How to get Civics in Humankind

Tenets are the way your empire will express its Religion. A new tier of Tenets are unlocked after the player reaches a particular amount of religious following. Tenets cannot be canceled once they have been enacted. Upon enacting a tenet, it will be locked from other religions. Each Tenet will allow another Holy Site for that religion to be built.

Only the empire with the largest amount of Faith can enact these Tenets as their ruler will be dubbed the Religious Leader. Therefore, it pays to increase your empire's faith so you can influence and decide which Tenets to enact.